“Support our troops!” we cry, but I say, “Love our veterans!” And when he neglects church, take him cookies anyway. Sing him a song. Pet his cat.”

― Chila Woychik, On Being a Rat and Other Observations

A few weeks ago, I received an email from Robert Beckman, PhD, the Knowledge Manager of the International Hyperbaric Medical Foundation, regarding an article I wrote on psychological and psychiatric treatments for PTSD. Through continued correspondence, he was gracious enough to answer some questions and provide insight on the topic of Hyperbaric Oxygen Therapy (HBOT), an FDA approved method of treating 14 on-label indications, including: intracranial abscess, necrotizing soft tissue infections, carbon monoxide poisoning, severe anemia and others. However, it has also been proven effective (albeit not FDA approved as of yet, despite much support by many doctors) in dramatically improving symptoms of post-traumatic stress disorder and traumatic brain injuries.

Beckman’s involvement began unexpectedly in 2008. He went from building knowledge management systems for the Department of Defense to working two full-time jobs—using his passion and knowledge to increase awareness of PTSD and TBI treatments (amongst other problems) through HBOT.

“I was watching the Republican National Convention, September 2, 2008,” he wrote. “There was huge emphasis on duty, honor, country…. Yet, I was simultaneously engaged in discovering the mistreatment and disasters in care at Walter Reed. I contacted friends about how to help brain-injured vets and was introduced days later into a small group that was using HBOT to treat and heal. I wound up volunteering—everything most of us do is pro bono—and went on over the last 6 years to organizing clinics nationwide.”

Beckman’s work included getting Protocol clinical trials off the ground and working with former Army Secretary Marty Hoffmann to actively address the issues of our military members’ suicide epidemic. Now, he primarily focuses his time and energy on HBOT.

So, what exactly is HBOT, and how does it work?

Hyperbaric oxygen therapy is exactly what it sounds like. It increases oxygen levels sent throughout the body, as a chamber is set a higher than normal level of atmospheric pressure. As medical professionals supervise, the process allows for increased oxygen to stimulate healing processes, including cell growth, and to better fight off bacteria. Not only a benefit for veterans, this can and has been tested for over 75 years on patients with various ailments and diseases, such as Diabetes ulcers (the cause of many perhaps unnecessary amputations) and Relfex Systematic Dystrophy. Patients who allow for multiple, consistent treatments in this pressurized chamber see tangible, often life or limb-saving results.

If you’re wondering why you haven’t heard any of this before, that may be because it isn’t exactly in line with traditional western medicine, and getting a proper diagnosis and insurance coverage can be tricky.

Tried, tested and true doesn’t translate to well-liked, publically endorsed and readily available. Certainly not in this case, which is why people like Beckman are so necessary. As if political motivations for hesitance weren’t enough, there are undoubtedly many career risks for active military members who even broach the topic of potential PTSD or brain injuries.

“Truth, it has been said, is the first casualty of war.”
Philip Snowden, introduction, Truth and the War

As you can imagine, most cases involving post traumatic stress involve not only the psychological stresses of peril but brain damage either from the initial events triggering PTSD, injuries sustained through combat, or the continued attempts to simply manage and/or cover up symptoms. In other words, your brain reacts and restructures itself in order to cope with traumatic events. Thus, many TBI cases are also PTSD and vice versa. However, for years, this has gone unaddressed. Much of that responsibility rests with government agents and the military community. For instance, most veterans go years without knowing they suffered a traumatic brain injury (TBI).

In his personal experience, Beckman has spoken with many who are being treated for TBI as a result of their military service. Assessments can be tricky, given the number of factors in estimating PTSD/TBI cases and PTSD-related suicides, such as: the stigma behind PTSD, the hesitance on the part of Army medicine to diagnose TBI. the crossover between the two, and the medical community’s reluctance to conflict with government authorities on a number of matters regarding acceptable labels, treatment and funding. As Beckman put it, “We know from conversations with insiders in Army medicine that the SGs clipped the wings of (doctors and psychologists) who wanted to diagnose TBIs. For years there was no coding for TBI, only PTSD. And now you see more and more labeling and news reporting of PTSD, not TBI.”

He pointed to the film (and best-seller) “American Sniper” as an example of how rare it is to read or see Special Operations talking about PTSD or TBI, and added “But we do have a crack in the armor as (are treating 6 former active duty Spec Ops) who tell us how hollowed-out their teams are, so many with brain injuries, just hanging on. Why would they cop to a brain injury when their careers will be over? And since “there is no…cure for TBI”, what’s to be gained by being diagnosed?”

With the Department of Defense looking for any reason to deny PTSD and TBI as a real problem—and not just as an issue affecting those who weren’t “properly prepared” (as if one could be prepared for the horrors of combat), and not enough service members and average citizens aware of all the treatment possibilities available, soldiers face yet another battle upon returning from war; one that certainly cannot be won with any willful ignorance and complacency from the public who professes to support them.

Next Week: One Battle After Another, Part 2: The Ammunition 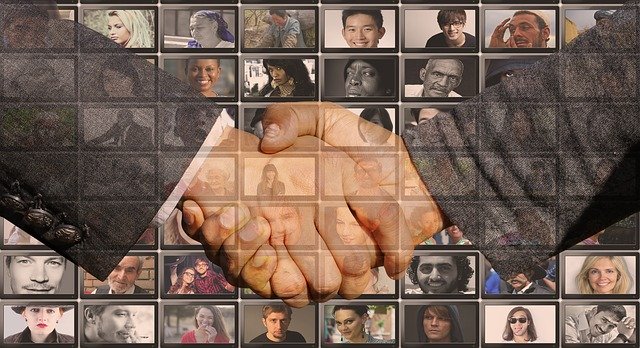 All you Need to Know about the Field of Human Services