Drug addiction is a disease that affects the brain. It leads you to seek out drugs every time despite the dangers that you already know. Initially, taking drugs is voluntary. You can easily say no when someone asks you to try some. After using them for a long time, you become addicted, and if you don’t use them, withdrawal symptoms set in. The brain can adapt to any condition. Drugs influence your mind and change its operation. You end up feeling like you need them, and quitting is difficult. Let’s see how drug addiction changes the brain over time.

Your Brain Tries to Adjust and Adapt

When you consume a drug that can cause increased heart rate, your brain will try to lower your heart rate to maintain its normal range. The more you use, the more your brain attempts to compensate. So, it reaches a point where the brain thinks the body is normal and can no longer counteract those effects.

The brain gets used to the drugs’ presence, and it becomes normal. It also develops some pathways which begin to force your brain to maintain your heart rate with the drug as part of the equation. This drug becomes part of you like gas and oil are in a car. When you try to quit, your brain goes into withdrawal.

The anterior cingulate cortex or the ACC is the part of the brain which links conflict and pain with thoughts and behaviors. A healthy brain will feel pain, know the risks and danger, and find a solution or make a decision based on the information. Drugs influence the ACC, and it makes people “conflict stupid”.

To guide decisions, the ACC works with other regions of the brain while it evaluates rewards and punishment at the same time. According to a study by Science Daily, which was done on the brain activity of teens on substance use, there is less activity in the brains of addicts when it comes to decision making.

Some people turn to substance to numb the pain or conflict. There’re just washing away their thoughts, clearing their minds, so they say, and it works! ACC-related impairments also make it difficult for people to understand the risks of drug abuse.

Studies on pleasure or euphoria that result from drug use are still ongoing, but researchers have indicated that it could be as a result of chemical signaling compounds including the body’s endorphins. When drugs are in the system, they can cause greater surges on the neurotransmitters. As a result, you might find yourself eating, playing music, socializing, and creative pursuits.

People used to think that the surges on the neurotransmitter dopamine that’s produced by drugs caused the euphoria directly. Scientists think otherwise. According to their findings, dopamine makes us repeat pleasurable activities rather than produce pleasure directly.

Marijuana got legalized, and people are finding ways to get high-highest-high and so they came up with weed wax. Most people, especially college students, are not fully aware of the dangers of marijuana wax. Its nickname is “710” which is “OIL” rolled over clockwise.

Creates Confusion in the Brain

The link between drug abuse and mental illness is sickening. Mental illness often involves emotional pain and confusion that can be treated temporarily with drugs. In many cases, though, when drug addiction develops after mental illness, the mental illness gets worse.

In most cases, mental illness is as a result of abnormal chemistry. There’s lots of activity in the brain, and one deviation with a neuron or neurotransmitters can factor how your brain functions. Adding substance to the mix makes the brain chemistry go crazier, and there will be more problems in the end. It’s advisable to treat mental illnesses professionally.

The damage imposed by drugs to the brain can be such that your lifestyle will change completely. However, there is a possibility of healing. The first step is getting rehabilitated to treat the addiction. From there, you can go through medical therapy to treat the brain.

The Coolest Vision and Voice Translation Apps and Products for 2020 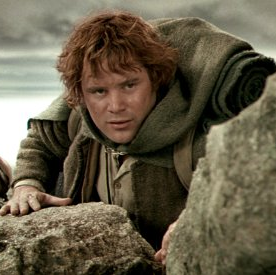 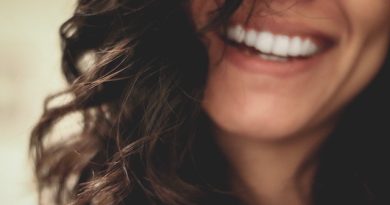