House of Delegates debate on whether to veto Hogan’s transportation scoring system.

The Maryland House of Delegates voted along party lines Thursday to override both of Gov. Larry Hogan’s vetoes this session, a move that reflects the sometimes tense relations between the Republican governor and the Democrat-controlled General Assembly.

Last week, Hogan vetoed a Democratic plan that would score transportation projects in order to decide which to fund, and Tuesday he vetoed a proposal to change the composition of the Anne Arundel County School Board Nominating Commission.

The Maryland Open Transportation Investment Decision Act of 2016, HB1013, requires the state’s Department of Transportation to score proposed major projects based on nine factors including their safety and security, economic benefit, cost effectiveness and local priorities.

All 50 Republican lawmakers opposed the bill and the override, saying the act takes some authority away from local governments, favors more populous counties over less populous counties and is politically motivated. The final vote was 88-52, with only two Democrats joining with the Republicans to sustain the governor’s veto.

“Shame on us for allowing this kind of partisanship to exist here in this chamber,” Kipke said. “We are not Washington, D.C. We are one Maryland. We are better than this.”

He added that the current project allocation system has been working for decades.

In a House Appropriations Committee hearing on the bill earlier this session, sponsor Delegate Pamela Beidle, D-Anne Arundel, said the legislation was not a “reckless power grab” or “knee jerk reaction” to the canceling of Baltimore’s Red Line light rail project or building the Purple Line in the D.C. suburbs, as some had suggested.

On the floor, Beidle said at the same hearing, Hogan Transportation Secretary Pete Rahn said the current process is like having football, baseball, soccer and lacrosse teams playing on the same field at the same time. The scoring would add some rationale to the process, she said.

Beidle said as an elected representative for 19 years in Anne Arundel County she’s attended every annual meeting on the Consolidated Transportation Plan presented by state officials. “At the end, they come and tell us what to do,” Beidle said.

Del. Bob Flanagan questions floor leader Brooke Lierman about the transportation bill.
Delegate Brooke Lierman, D-Baltimore, argued that the state’s secretary of transportation would retain discretion over which projects to fund and how to weigh the different factors. The bill would simply make the decision process more transparent and objective, she said.

“Your constituents and my constituents can look at a project, and see its score, see how well it did versus other projects and have confidence that those were the right decisions,” Lierman said.

Delegate Haven Shoemaker, R-Carroll, said the act was one of many bills this session “calculated to usurp the authority of the governor,” and that overriding the governor’s veto would be a “horrendous mistake.”

“In the pantheon of bad legislation I’ve seen, I think this bill ranks right up there,” he said.

Shoemaker added that the governor is ultimately accountable not to the legislature but to the people of the state, who “seem to really like the job that he’s doing.”

The House on Thursday also overrode by a vote of 90-50 the governor’s veto of a bill that would change the composition of the Anne Arundel County School Board Nominating Commission.

The bill would increase the number of members on the commission from 11 to 13, taking away the governor’s five appointments, letting the county executive choose three, and giving one nomination each to the NAACP and CASA de Maryland.

Hogan said Tuesday this change would unconstitutionally end the term of his appointees.

Republicans said the school board already does represent the Hispanic and African American population, which makes up 40% of the students in the school system.

The county’s Democratic legislators, including House Speaker Michael Busch, have consistently blocked having any members of the school board elected by the people.

Hogan said he would prefer an elected board, and would just as soon have no role in appointing school board members.

Len Lazarick of MarylandReporter.com contributed to this story. 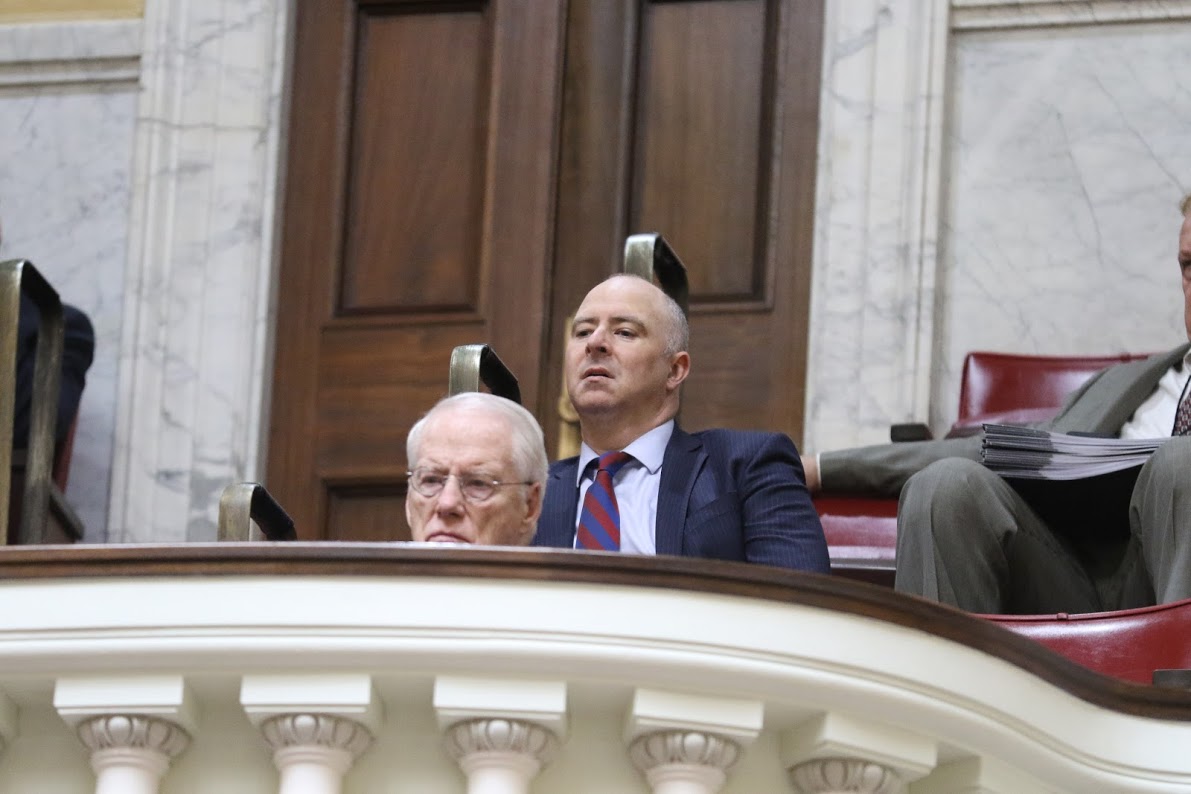