Bruce came by, with plans that lifted me out of my post-injury depression. After committing sedition for a couple days, he was ready to head to the Northeast by freight. We rode the posh commuter train to Manassas, a first-time experience even for me, and headed out of the parking lot and down the tracks.

Within a few hundred yards, we had left the impatient honking SUV drivers and the general-aviation airport far behind, walking beside woods and farms. South of the screamingly obvious crew-change building, we cut through the poison ivy and scrub trees and bivouacked beside a cornfield.

The stalks towered over us — the Midwestern axiom “knee high by the 4th of July” occurred to us both — in this humid summer of perfectly apportioned rain. It was a miserable, fly-beset summer day; Bruce admitted that comparing his home territory to Western landscapes disheartened him too.

He updated me on the characters we had known out West and confirmed that hoboes were disappearing like dinosaurs. To be sure, migrant workers and punks still roam the yards and jungles, but there is something ineffably sad in watching a familiar culture die out.

A northbound came rumbling up to our cornfield for the crew change. Looking it over, Bruce decided he wanted something more comfortable than the long string of pigs that presented itself, since he was in it for the long haul. I wanted out, though, so we said our goodbyes and I took a cramped perch on a flatcar floor between truck tires, in a cage of struts, axles, and rubber hoses. In this joyless age, where every jerk with a cell phone is a potential informant, I valued the invisibility.

For 3-1/2 hours, the high-speed wind provided some relief from the humidity. As I cowered from public view in a way that was never necessary in the early ’90s, the train thundered through Virginia, West Virginia and Maryland. The freight first paralleled I-66 westward for 60 miles, along a landscape that grew greener and more rural, more Confederate, more mountainous.

I remembered the boarded-up train depots and farms from the summer of 2000. Then my ride hung a right at Front Royal and clattered over the Potomac, past the sprawling factory where I once slept in an outbuilding, and north to Hagerstown as the late-afternoon light took on the mellowness so prized by artists. I always liked that definition of “the golden hour” more than the one used in emergency rooms.

In Hagerstown, as the train waited for a new crew, I called it quits. I crossed a grassy field, scaled a barbed-wire fence, ambled through an outlet mall that was disgorging its last shoppers, scaled another barbed-wire fence, and headed down Maryland 65 to Burger King, where I shamelessly exploited the free-refill policy. Having taken on enough fluid and corn syrup, I sloshed across 65 to the bus station. It was a dull asphalt ride back to D.C., but it beat hoboing onward to Harrisburg and spending a night without gear downtown.

By the next day, I was back to my normal life, researching apartment rents in a few Western cities and wondering about the price some of us pay to find a job. Some wounds never heal.

Riding on the CSX Southbound through Washington DC 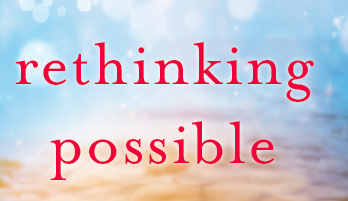 Rethinking Possible: A Memoir of Resilience