The Rainbow Family Gathering is an annual event that takes place the first week in July at one of the National Forests in the USA.  It is a giant peace gathering where people come from all walks of life to camp in the woods and meditate, dance, pray, coexist, and be one with nature.

The first gathering was in Strawberry Lake, Colorado in 1972.  In 2013, it looks like the Family will gather someplace in Montana.  The exact location is never revealed until the last minute.  The gatherings have attracted groups as large as 30,000 and a few as 7,000.

In all cases, they leave their national forest the way they found it.  Or as close to it as possible.  The group always does a clean up and restoration after each gathering, picking up all trash and even re-planting.  The latrines are to Marine specifications although there is no privacy. The first aid station is complete with nurses and doctors.  They are clean and safe celebrations.

In 1987 I attended the gathering at the Nantahala National Forest.

After having spent two hours in the Memphis airport I arrived in Knoxville, Tennessee, at about 11 p.m.  A friend coming in from a different part of the country to meet me showed up about midnight.  I was tired.  My friend Sheila’s bag did not show up.  It was still in Chicago.  It was 1:30 or 2:00 a.m. before I finally got to bed.  After returning to the airport to pick up the lost luggage and last minute organizing, we finally hit the road about 2:30 the next afternoon.

The drive was a feast for the eyes.  We climbed up mountains around turns exposing beautiful views.  Every thing was lush and green.  At about 4 p.m. we found the turn-off for the gathering and cars parked by the side of the road for miles.  And lots of policemen.  Sheila dropped me with our gear at the bridge to the camp and went off to park the car.  Policemen kept their eyes on everybody.

Once I hit the bridge, a man with a gold star on his forehead and a big grin helped me get the packs to the other side of the bridge and told me there was a shuttle up around the corner.  He then said “Welcome Home, sister!” and gave me a big hug.

I sat down on the bridge and waited.  It took Sheila about 45 minutes to return.  We wandered up around the corner and joined a group waiting for the bus. We didn’t have to wait long before a big old yellow school bus showed up.  We piled luggage and people onto it like a Latin American mountain bus.  All jammed in.  As we went up the mountain, every so often the bus driver would yell,  “lean left!”, and we would all lean.  I was sitting next to a woman who had just driven straight through from Madison, Wisconsin with her 5-year-old boy.  She had a t-shirt on that said ‘The Women of Isis’.

We went pretty far up the mountain on the bus.  Finally we stopped and unloaded and walked about three-quarter mile further up the road to where the trail started.  For about the last quarter mile there were “cars” parked all along one side of the road with people living there.  This was called Bus Village.  To the right of the road was a large meadow and to the left a very muddy steep trail.  Onward and upward, with a backpack, a tent, and a sleeping bag on my back and only my tennis shoes on my feet.  Tents were on both sides of the trail in the woods all the way up.

After a while we came upon the Main Meadow where the Council was discussing whether kitchens should be allowed to serve meat.  We rested for a bit and then continued up the slimy muddy trail.  No wonder it was so lush and green.  It was wet!  We crossed two small streams and maneuvered a lot of muck.  After a while, we came to another, smaller meadow.  By this time I thought I was doing to die.  I was so hot and thirsty.  We stopped and drank a bunch of water – all we had.

Sheila decided to go do some scouting while I stayed with the gear.  I just sat in the meadow and people watched.  At the top of the meadow was the Jamba Kitchen serving the evil meat.  Over to one side was an area marked off by rocks, designated as the communal bonfire.  Across the way I could see a large encampment with people’s clothes hanging on a line.  Pretty soon I noticed a man sitting on the ground busying himself with domestic matters and right next to him was a wheel chair. People had carried this man up the mountain in his wheelchair.  I watched him and his woman round up four “volunteers” to carry him down the mountain.  Amazing.

There were all kinds of people in various stages of undress. Many women were topless but very few were totally nude, while lots of the men were completely nude.  After a while Sheila came back and said we should go check out another trail.  Off we went further up the mountain.  Later when we checked the camp map we discovered that we weren’t even on it.  We had gone so far.  But, we found a nice place by a stream and pitched our tent.  By the time we were all set up it was 8 p.m..  A long day.

Next morning we got up and made hot chocolate.  Our neighbors came over to make tea with our hot water.  After breakfast we slid down through the mud and slime to the Main Meadow where the Council was again meeting.  On the way we passed through the Trading Center where people had their wares displayed.  Stones, jewelry, scarfs, tie die, food, cigarettes.  There were communal kitchens along the way serving food to whoever was hungry.  I had some delicious fresh tofu.

We sat down to listen to the Council.  A man was telling the story of how this particular gathering came to be.  The State tried to get an injunction to keep the Family away and ordered a court appearance.  Meanwhile the Rainbow Family filed with the Federal court since according to the First Amendment, it was their right to assemble.  The State court took one look at them and told them they should be in Federal court.

The State and the Rainbow Family were told to get together and work things out because although the Federal judge upheld the laws about mass gatherings, he also relayed that they were really un-enforceable.  So the State came up with 23 rules the Family had to agree to.  Almost all of them were things the Rainbow Family did anyway:  Be careful of the water, the trees, the land, fire, etc.  One rule said they had to put a sign up at the bottom of the mountain stating:   “Caution!  A permit is required for more than 5,000 people to gather and no permit has been obtained.”  The Council member said they were erecting a big colorful beautiful sign and right next to it they would put up the First Amendment.  There was much discussion on the whole thing.

Judge David Sentelle was the US District court judge in the case and he even wrote a book about it:  Judge Dave and the Rainbow People , Green Bag Press (2002).  One reviewer on Amazon states:

“…the result is an endearing account of how a conservative judge faced 15,000 decadent hippies (and at least one elephant), the ACLU, snarky law clerks, a ticking clock, and his own Senate confirmation to the D.C. Circuit in the background, and still managed to avoid catastrophe by avoiding a ruling on the law. Judge Dave is sincere and admits up front that this was one case where the results, and not the letter of the law, drove his decision. The alternative was a possible showdown between thousands of until-then peaceful gatherers and state troopers. I guess he made use of judicial discretion.”

There were all kinds of things going on.  In the lower meadow down by Bus Village, there were performances and some kind of “circus” going on.  That’s where the elephant was.  There were “tribes” having their own parties and meditations, and music was everywhere.

We wandered around, listened to some music – guitars, even a piano, singing, all real mellow.  Back at our tent, I could hear the stream flowing, trees rustling and every so often people would wander by.  The drums were always beating in the distance and every once in a while the conch would sound.  I could hear the rain approaching through the forest.  It rained off and on most of the time but never very hard.

The next day a sanitation inspector and several men from the forestry service came to inspect the campsite.  They checked kitchens, water supplies, latrines, etc.  They seemed like friendly people.

July 4 was the big celebration. From dawn until noon there was a silent vigil for peace throughout the camp.  We made it down to the Main Meadow about 1 p.m. when the chanting was just ending and the raising of the Rainbow American Flag took place.  Then the music started and everybody danced and danced. 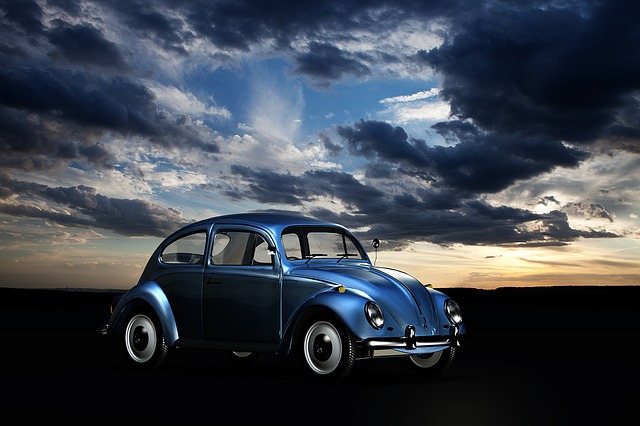 How to Successfully Pass Your Probation Period

Apartment life on the other side of the world