Maryland Citizens’ Health Initiative is proposing another dollar-per-pack increase to the state’s current $2 dollar cigarette tax. The cigarette tax has been raised three times in the last 15 years and has coincided with a 32% drop in cigarette smoking during that time, which is double the national average.

A Campaign for Tobacco Free Kids study estimates that the proposed tax increase is expected to raise roughly $100 million annually in state revenue. The campaign also estimates the increase will lead to a 11% decrease in youth smoking, prevent roughly 25,000 kids from becoming addicted and would save 14,000 Maryland lives from premature, smoking related deaths.

“We want to continue to reduce teen smoking,” said Vincent DeMarco, president of the Maryland Citizens’ Health Initiative. “Every 10% increase in price equals a six to seven percent drop in teen tobacco use.”

Del. Sheila Hixson, chair of the House Ways and Means committee, said it is too early to tell if the proposal will get serious consideration when the next legislative session begins in January.

Maryland’s current two dollar per pack rate ranks as the 11th highest cigarette tax in the country. If the General Assembly and governor approve the increase, Maryland’s tax would rank sixth in the nation.

Another hike for other tobacco products

The proposal would also raise taxes on other tobacco products (OTP) like non-premium cigars and chewing tobacco to 95% of the retail value.

“Public health experts say that in order to keep kids from going to OTP when you raise cigarette taxes, it is important to make the OTP tax equivalent.,” DeMarco said. “We had hoped to get smokeless to that level but 30% was a good start. When we get the cigarette tax to $3 per pack the equivalent for OTP will be 95% of wholesale and that will be our goal.”

The campaign also estimates that tobacco use causes over $467 million in state Medicaid spending each year, while causing $1.96 billion in overall health spending in Maryland. The proposed increase is predicted to have a long term savings of roughly $847 million in combined smoking related health care costs.

“In 2007, the money that was raised help to fund a major health care expansion program for over a 100,000 people in Maryland,” DeMarco said. “It was really successful and we want to replicate that success of 2007.”

Man, 21, charged with assault of political journalist at Charlottesville rally 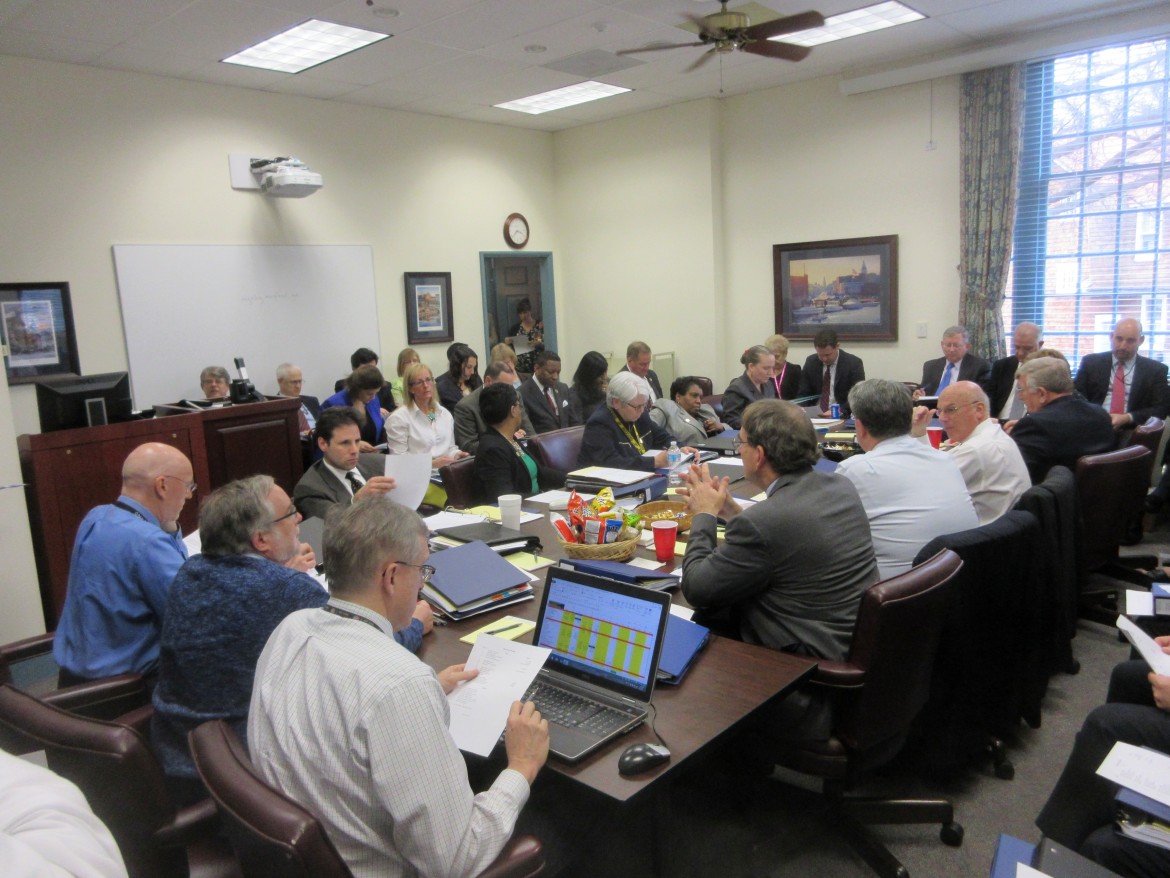 Deschenaux to replace Aro as head of legislature’s nonpartisan staff