(The hidden courtyard of the Peale Museum may be seen from Zion Church.)

No one knows why a War of 1812 cannonball adorns Redwood Street.  No one, that is, except perhaps for the gargoyles, which have stood as silent sentinels for more than a hundred years.

Catching a glimpse of these eerie spectators was just one of the many hidden treats a group of about twenty history buffs encountered during last Sunday’s, “Looking Up Baltimore Tour.”

Sponsored by Baltimore Heritage, the tour began with a walk through the historic Zion Church courtyard.  From there, a circuitous route wound past city hall, up the infamous Block and through the corridors of the downtown business district.  Stops included landmarks such as the Gayety Theater, the original site of the Lovely Lane Church and the historic Mercantile Trust and Deposit Company building.

Along the way, the group also encountered a piece of the Berlin Wall, the aforementioned cannon ball; noble lions, neo-Egyptian sphinxes and an Italian squirrel.

There were two stately bronze falcons which may have inspired Baltimorean Dashiell Hammett to write his most famous detective tale.  The cast of creatures, as well as the gargoyles, call the buildings of downtown Baltimore home.  Some are lucky to have survived the 1904 fire.

Johns Hopkins, Executive Director of Baltimore Heritage, led the inquisitive group on the one-mile trek from the farmers market (below The Jones Falls Expressway) around a portion of Baltimore’s old business district.  A distant relative of the celebrated merchant, abolitionist and philanthropist, Hopkins has been championing the city with Baltimore Heritage since 2003.

“Our first Gargoyle tour took place last fall,” Hopkins explained.  “We developed the tours with the help of Baltimore historians Fred Shoken and Wayne Schaumburg, and the great help of Katherine Holter who compiled the information, researched the buildings, and found the route.  Baltimore Heritage’s first tour (not the gargoyles tour) took place in 1960 and led to the founding of our organization.”

Hopkins says the goal of the walking tours is to help people get better acquainted with some of what Baltimore has to offer.  “Baltimore has a lot of wonderful architecture downtown, and great stories to go along with the buildings.  It’s what makes Baltimore Baltimore.  The city’s central historic district is at the heart of ongoing revitalization.

“Since so many people are coming downtown, we are finding more and more people want to know about the places where they live and work.  Our goal with the program is to help people learn more about the area and to get them excited about it.  My personal goal is to create ‘heritage ambassadors’ and to someday see people from our tours stopping along the sidewalk – discussing this building or that – and helping others appreciate all that Baltimore has to offer.”

What kind of feedback has Baltimore Heritage received for its efforts?

“We’ve gotten very positive feedback, and our tours are almost always full.  The people on the tours are a wonderful cross-section of Baltimore.  They come from all sorts of backgrounds, but the common bond is an interest in knowing more about our great city.  We even had a Spanish speaking family come on one of our tours and had somebody on our team help give the tour in Spanish.”  Hopkins added, “We are also beginning to tout the tours as ‘stroller friendly’ for mothers with small kids, or shoppers coming from the farmers market with a large haul.”

As if to accentuate the point that the tours are stroller friendly, one young couple brought a child in a stroller, while another woman brought an aging friend who ambled briskly with the aid of a walker on wheels.

Such an ambitious outreach does come with a cost, but Baltimore Heritage is a grassroots organization.

“We are funded through the generous support of hundreds of Baltimoreans,” Hopkins proudly proclaims.  “The lion’s share of our funds each year come from kind gifts of $35, $50 or even $100 from people who simply love Baltimore.  We’re a little different from other groups, because we do not get our core funding from government grants or foundations.”

Those who missed last week’s Looking Up Baltimore walking tour need not fret.  Baltimore Heritage has scheduled sixteen other outings for the first and third Sundays of each month from now through Thanksgiving.

Some of the upcoming tours include:

Information about these and other upcoming walking tours may be found here.

In addition to the walking tours, Baltimore Heritage offers an entire slate of other interesting excursions, including behind the scenes tours of iconic businesses and out of the way places; and bike tours which traverse parks, quiet streets and alleyways.  Bus and group tours are also available upon request.

Seeing Baltimore on foot with a knowledgeable guide can be an exhilarating way to learn about Charm City.

Then too, one could always ask those all-knowing gargoyles. 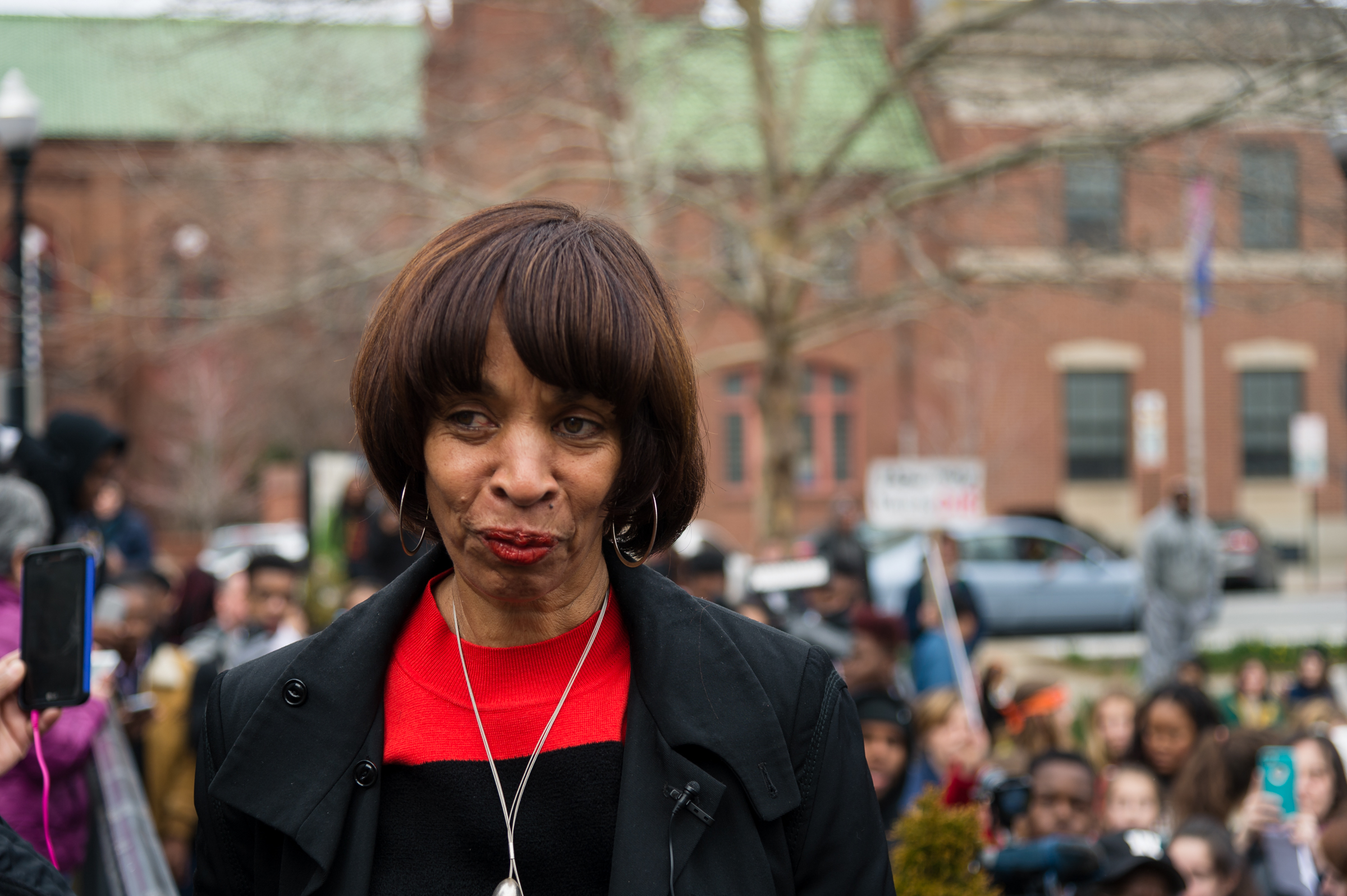 Sen. Carter says there is no ‘public utility’ to locking up Pugh

Crime bill will take us back decades 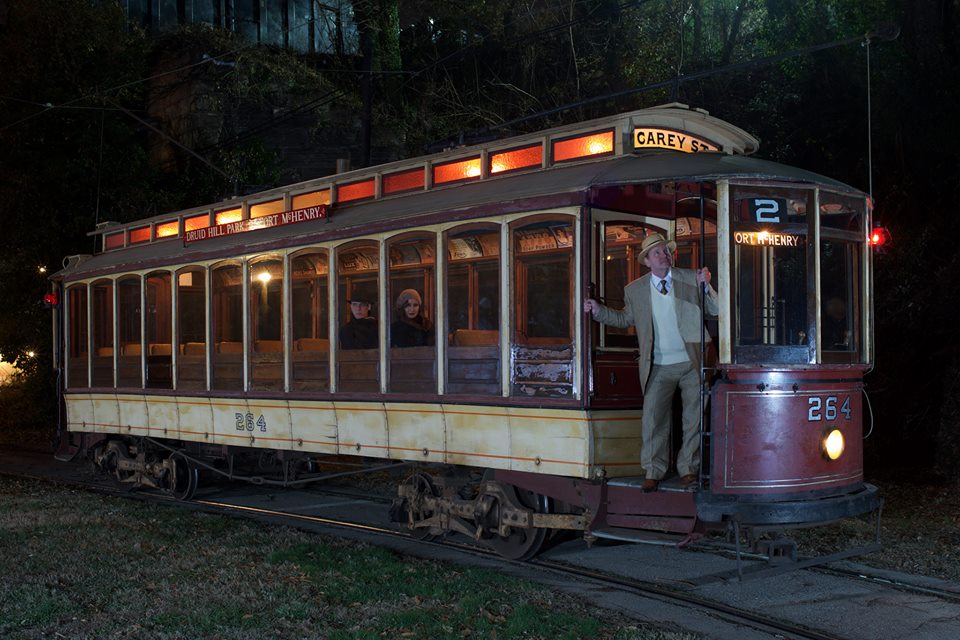 Baltimore Streetcar Museum: Moving monuments to a storied past