Back in 1983, President Ronald Reagan had feared that the tiny former British colony — where Cuba was building an airstrip that U.S. officials suspected might be used for military purposes — could become a communist beachhead in the Caribbean. The invasion marked the only time that U.S. and Cuban forces directly clashed. In addition to the 19 Americans who died, casualties also included 45 Grenadians and 25 Cubans.

Nearly 8,000 soldiers, sailors, airmen and marines participated in the invasion; U.S. troops remained on the island for another two months.

“I remember quite a lot of it,” said Angus Friday, Grenada’s ambassador to the United States. “Just before the Americans came in, the entire island was basically put under curfew, with shoot-to-kill orders. When half of the cabinet were killed along with the prime minister on that tragic day, it was basically the end of a dream for many Grenadians.”

The UN General Assembly, led by the Soviet Union and China, overwhelmingly condemned the invasion “as a flagrant violation of international law.”

When asked for his reaction to the lopsided 108-9 vote, Reagan famously quipped: “It didn’t upset my breakfast at all.”

Ultimately, Operation Urgent Fury marked the re-establishment of democracy in Grenada, leading to Washington’s passage of the Caribbean Basin Initiative to prop up the region’s shaky economies and thwart Cuba’s influence in the region.

These days, the now politically stable island is now pushing high-end, boutique tourism in order to attract foreign exchange and create jobs for its 110,000 inhabitants.

“Grenada has had to diversify. We’ve moved into tourism, which is now the mainstay of our economy,” Friday said, estimating that 194,000 foreigners visited his island in 2012. “Grenada is one of the best sailing destinations in the world, and our tourism is being fueled mainly by yachting and diving.”

Meanwhile, Sandals Resorts has invested $100 million to reopen the 100-room LaSource Resort following a government decision to grant the chain a 25-year holiday on corporate taxes and import duties, among other perks. Separately, Egyptian billionaire Naguib Sawiris plans to construct three five-star hotels on Grand Anse Beach, with investment likely to total in the hundreds of millions of dollars.

Sawiris, whose family reportedly owns half of Egypt’s stock exchange, also has major investments in Egyptian telecom, cement manufacturing and other industries.

Grenada also has gotten into the lucrative business of selling citizenship. A Grenadian passport costs $500,000 — far more than what most of its Caribbean neighbors charge.

The program, less than two months old, has already attracted the attention of several wealthy Arabs and Asians.

“Grenada has one of the lowest crime rates in the Caribbean, so we have the most expensive passport,” Friday quipped. “We think our low crime rate and the lifestyle opportunities that Grenada offers, from healthcare to education, make Grenada an attractive investment. We’re looking for people who want to commit to the island.” 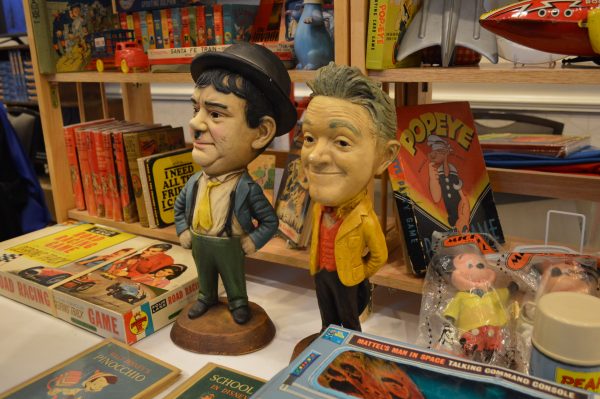