If you know someone — or if you yourself — rely on the Affordable Care Act — Obamacare — for your health insurance, then you should act now to save it.

Republican House Majority Leader Kevin McCarthy of California told the media Wednesday they had the votes to pass Trumpcare 2.0.

“We will be voting on the health care votes tomorrow. Because we have enough votes. It’ll pass. It’s a good bill.”

Speaker of the House Paul Ryan indicated he will schedule the vote for today (Thursday, May 4).

Although the GOP will push the vote without any scoring from the Congressional Budget Office (CBO) — which is usually an essential step in the process of passing bills — analysts predict that at least 24 million people will lose their health care if the bill the GOP wants to pass today makes it into law.

If you have seen the video clip of Jimmy Kimmel making his plea to America that we don’t allow Congress or the president change the law that protects people, children in particular, with pre-existing conditions — and you agree with Kimmel — take notice: the current, ACA-created protections for those people will be stripped away and replaced with “high risk pools,” which have failed to adequately provide healthcare to people who otherwise couldn’t afford it. It would allow the insurance companies to effectively price health care out of reach for the many Americans who have pre-existing conditions. Kimmel’s comments about the ACA and Trumpcare 2.0 at the end of his monologue, but it’s worth watching the entire clip.

And — as hard to believe as it is — rape, sexual assault — will be treated as a pre-existing condition.

Also included as pre-existing conditions: postpartum depression, Cesarean sections, and people who have survived domestic violence. It gets worse for women. The insurance companies can also deny coverage for gynecological services and mammograms or charge more to include those services. And oh yeah, they don’t want to allow abortions to be covered by healthcare.

Women, especially low-income women, appear to be the most severely hit by Trumpcare 2.0.

The Medicaid expansion that was a vital part of the Affordable Care Act will come to an end immediately. The previous version (that failed) ended it in two years. The new bill allows states to take block grants instead of targeted reimbursements for health care costs for the poor. What that means is state governments can choose to use that money for health care — or any other things they want to fund. And they can choose to fund Medicaid in their states or not.

The new bill also gives cash incentives to states if they impose work requirements to those seeking Medicaid coverage, despite the fact that most adults on Medicaid do work. In other words if you’re poor and don’t have a job, you don’t get healthcare coverage. Presumably those who are pregnant, disabled or elderly would still be eligible for Medicaid.

One thing that hasn’t change from Trumpcare 1.0 to Trumpcare 2.0: at least 14 million people will lose their health care coverage in the first year.

If you are poor, or low-income, have a pre-existing condition in your household — or if you are a woman — you should do something to keep your health care. If you think the costs for premiums and co-pays are too high now, just wait until the insurance companies are given the green light to provide health care any way they choose.

You can look up your Congressman and Senators Here and then call them. This is a list of all the members of the U.S. House of Representatives with their phone numbers and room numbers at the capitol. Daily Kos has a list for U.S. Senators that includes their local offices too.

Take action now. Don’t assume this bill won’t pass the Senate. Senate Majority Leader Mitch McConnell ended the filibuster to get Neil Gorsuch confirmed to the U.S. Supreme Court. He can do the same for legislation as well. Flood the phone lines of Congress today, before the House of Representatives takes the vote. Save your healthcare and that of your family and neighbors.

As House Minority Leader Nancy Pelosi said, pushing the bill through Congress without a CBO report, “… shows that Republicans are terrified of the public learning the full consequences of their plan to push Americans with pre-existing conditions into the cold. House Republicans are going to tattoo this moral monstrosity to their foreheads, and the American people will hold them accountable.”

Start holding them accountable today. Ask them if you can get the same health care they receive. We pay for it with our tax dollars.

Top photo of Jimmy Kimmel is a screen shot from YouTube 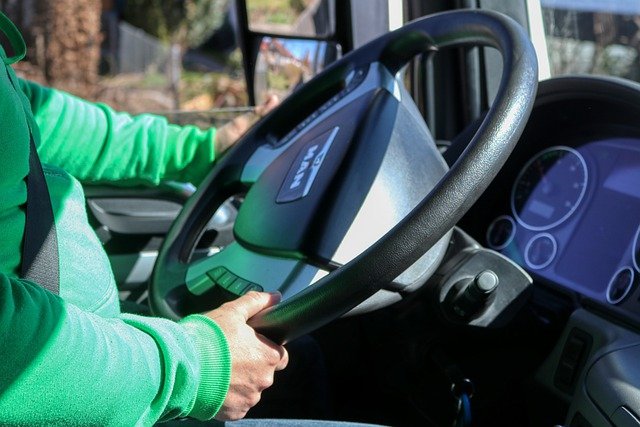 Your Truck Driver Training Options in 2022