In their second consecutive year as hosts, Tina Fey and Amy Poehler (Team Feyler) once again quite literally nailed it (they’ll be back again in 2015). Not only were they both insanely funny, they hosted a three hour show without doing a song and dance routine and shared a genuine chemistry that’s entirely too rare these days. Plus they kept the show at three hours, let’s not forget that.

Fey emphasized that this year was “legit” compared to other years and, especially in movies, she was absolutely right. In 2013 saw a full slate of top-notch media and the HFPA’s opinions are a huge factor in not only predicting the Oscars but sorting through entertainment’s best of the best.

So without further hesitation, here are my opinions on their opinions:

There were, of course, predictable winners:

Alfonso Cuarón was lauded as Best Director for Gravity and Frozen was named Best Animated Film.

In TV, it was no surprise that Behind the Candelabra, which swept the Emmys earlier this year, took home Best Miniseries or Motion Picture Made for Television and Best Actor (Michael Douglas).

And then some surprises:

Matthew McConaughey (Dallas Buyers Club) clambered over front runners Robert Redford (All is Lost) and Chiwetel Ejiofor (12 Years A Slave) to take home the prize for Best Actor in a Motion Picture- Drama.

Martin Scorsese’s The Wolf of Wall Street has garnered plenty of mixed reviews and reactions but that didn’t stop Leonardo DiCaprio from being honored as Best Actor in a Motion Picture- Musical or Comedy.

Despite gushing reviews from critics, Spike Jonze’s Her bombed as it expanded into wide release. Luckily for Jonze & Co., the HFPA followed critics, awarding him the globe for Best Screenplay.

Blue is the Warmest Color was edgy enough to garner awards talk and The Past had long been the frontrunner, but it was Italy’s The Great Beauty that was named Best Foreign Language Picture. Apparently 2014 has no love for Ashgar Fahardi (The Past) who won both a Globe and an Oscar for 2011’s A Separation. His film, a frontrunner for both awards, has already been cut from the Academy’s shortlist of nominations.

Jacqueline Bisset won Best Actress for her role in the BBC drama Dancing on the Edge beating out stars of much larger shows including Parenthood, Nashville and Modern Family. The actress was apparently just as surprised as the rest of us as she accepted the award with a mixed look of shock and anxiety. She then entered into a graceful but rambling speech much different from Merrit Wever’s “I gotta go” surprise speech at last year’s Oscars.

And a few snubs:

The always delightful and yet often overlooked series The Big Bang Theory lost in both of its nominated categories- Best TV Series- Musical or Comedy and Best Actor (Jim Parsons)- to newbie Brooklyn-Nine-Nine and Andy Samberg who called the HFPA “a gaggle full of characters.” Kaley Cuoco was also noticeably missing from the Best Actress category.

After the Primetime Emmys snubbed him earlier this year, the HFPA rubbed salt in the wound by passing up Aaron Paul for Best Actor in a Series, Miniseries, or TV Movie the last year he’ll be eligible for an award related to Breaking Bad (the honor went to Jon Voight for Ray Donovan). At least Jesse looked happy…

Sure Jared Leto was expected to win Best Supporting Actor but it would’ve been nice to see first-time actor Barkhad Abdi win for his intense portrayal of a Somali pirate in Captain Phillips.

And many notable moments:

Fey’s “adult son from a previous relationship” (aka Poehler in drag) went looking for his father in the audience, stopping at both Idris Elba and Harvey Weinstein.

After Alex Ebert (All is Lost) took the stage to get his Globe for Best Original Score, Sean ‘Diddy’ Combs mentioned partying with him on a boat the other night to which Ebert mentioned unbuttoning his jacket.

U2, who had worked with Nelson Mandela since the 1970s, deservedly won Best Original Song for “Ordinary Love” from Mandela: Long Walk to Freedom.

Poehler: Her “takes place in the distant future, which is perfect, because so does Joaquin Phoenix.”

Fey told Poehler, “I love you, and there’s a special place in hell for you,” after she won Best Actress- TV Musical or Comedy for Parks & Recreation which is presumably in its last season.

While hosting last year’s Golden Globes Fey and Poehler made a joke about Taylor Swift (stay away from Michael J. Fox’s son). After the awards, in a Vanity Fair interview, Swift said there was a special place in hell for women who don’t support women. You needed to know the back story to get the joke and presumably Taylor Swift remembered the back story.

The irony of the moment: Fey lost Best Actress during the last season of 30 Rock.

Taking Poehler’s advice to relax and take off your shoes seriously, Emma Thompson took the stage as a presenter holding her high heels, complained about her feet bleeding, and then realized she didn’t have the card with the winner’s name in it.

The confused faces of presenters Jonah Hill and Margot Robbie when the teleprompter displayed the wrong text were, in a word, priceless.

Gay Marriage: Why not support it? 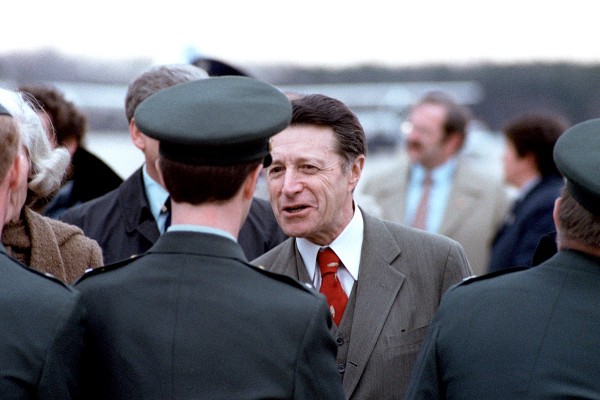 Is the timing of the FBI’s decision to reinvestigate Clinton’s email scandal ‘unprecedented’?