“That sounds like the wind,” said my companion, overlooking a moon-lit courtyard that included a quarter-mile long winding blue pool and countless palm trees. I initially concurred, but then noticed the palm fronds were not moving.

“No, it’s the ocean,” I laughed. From our balcony at the Valentin Imperial Maya, we were surrounded by the crash of the surf, 24 hours a day, even if we couldn’t see the ocean. It was just another one of those special treats at this all-inclusive resort 30 minutes south of Cancun—actually it was the best treat.

We quickly got accustomed to the intense attention from the team at the Valentin—our first experience with the all-inclusive, adults-only resort scenario. We were wanting for nothing: hot, sunny weather; great surf; perfect ocean water temps; excellent food and nurturing help with our drinks. We took advantage indeed, bouncing in the ocean waves for the better part of afternoons while finishing our days with a walk in the pools and to the pool bars.

There was no need to leave the seemingly walled confines or our 36-acre resort: Iguanas walked around as residents of the complex; alligators crossed the small roads at will; coaties, cats and small capybaras abounded with the songs of hundreds of birds filling the air for a microcosmic wildlife experience.

But the lure of the ancients also got us moving. Nearby, on the other side of Playa de Carmen, were sites where the Mayan lived for centuries, until inexplicably disappearing after the Spaniards showed up in the 1500s.

The bus picked us the door of the hotel lobby, which was built to resemble a Spanish villa, and took us in air conditioned comfort to Tulum, one of the last sites where the Mayans lived while the Spanish were on the Yucatan Peninsula. Tulum was a major trading post at the time and digs reveal evidence of goods from all over the region and as far away as Colombia.

Many of the ruins still held examples of the fastidious building process the Mayans undertook. As most of know through the stories this year of the Mayan calendar ending, the Mayans had an affinity for all things in the sky, especially sunrise and sunset. There were buildings here that would capture the light at just the precise moment during sunrise and sunset to create shapes of mystical creatures.

The ruins were at the top of a cliff, making for a natural defense of the village, but also for a fantastic view of the surf crashing on the reef into the aqua blue water behind. The perfunctory 45-minute tour by guide was over and left us to the imagination of Mayan life. To me, it didn’t seem like an easy go, even for the wealthy of the village, which lived inside a walled compound, while outside were dwelling for the servants, farmers and folks waiting on the ruling class inside. There’s a reason the structures withstood centuries of hurricanes and weather issues while there are no ruins where the serfs lived.

At Xel-Ha, it was a different ancient Mayan experience. The area, north of Tulum, had a few old “walls” as they were called, but the place itself was an eco-playground of huge proportions. Snorkeling through clear waters was an experience akin to being in a fish tank, or being part of a National Geographic underwater film crew. Educational and encounter activities involving dolphin, manta rays and manatees were also happening in the clear waters.

Xel-Ha was an all-inclusive jaunt as well, with four restaurants and bars to dine or drink to excess if one wanted. That’s hard to do in the 90-plus degree heat, and the water was the real draw here.

The ocean was the lure at the Imperial, and since it was a mere 200 years from our balcony, we took full advantage of its presence. The fact that people were waiting to wait on us made it that much easier.

Why Donald Trump is not fit to be President 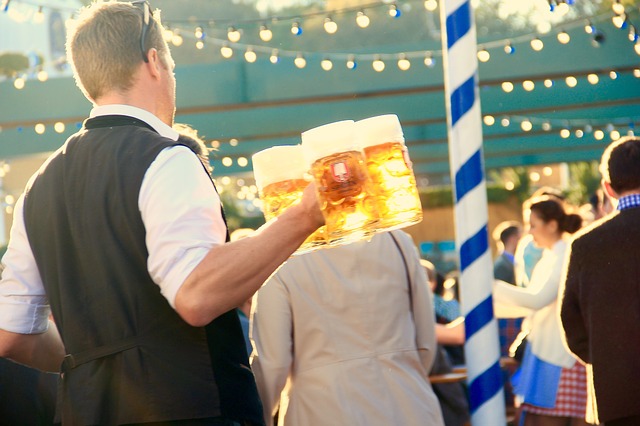