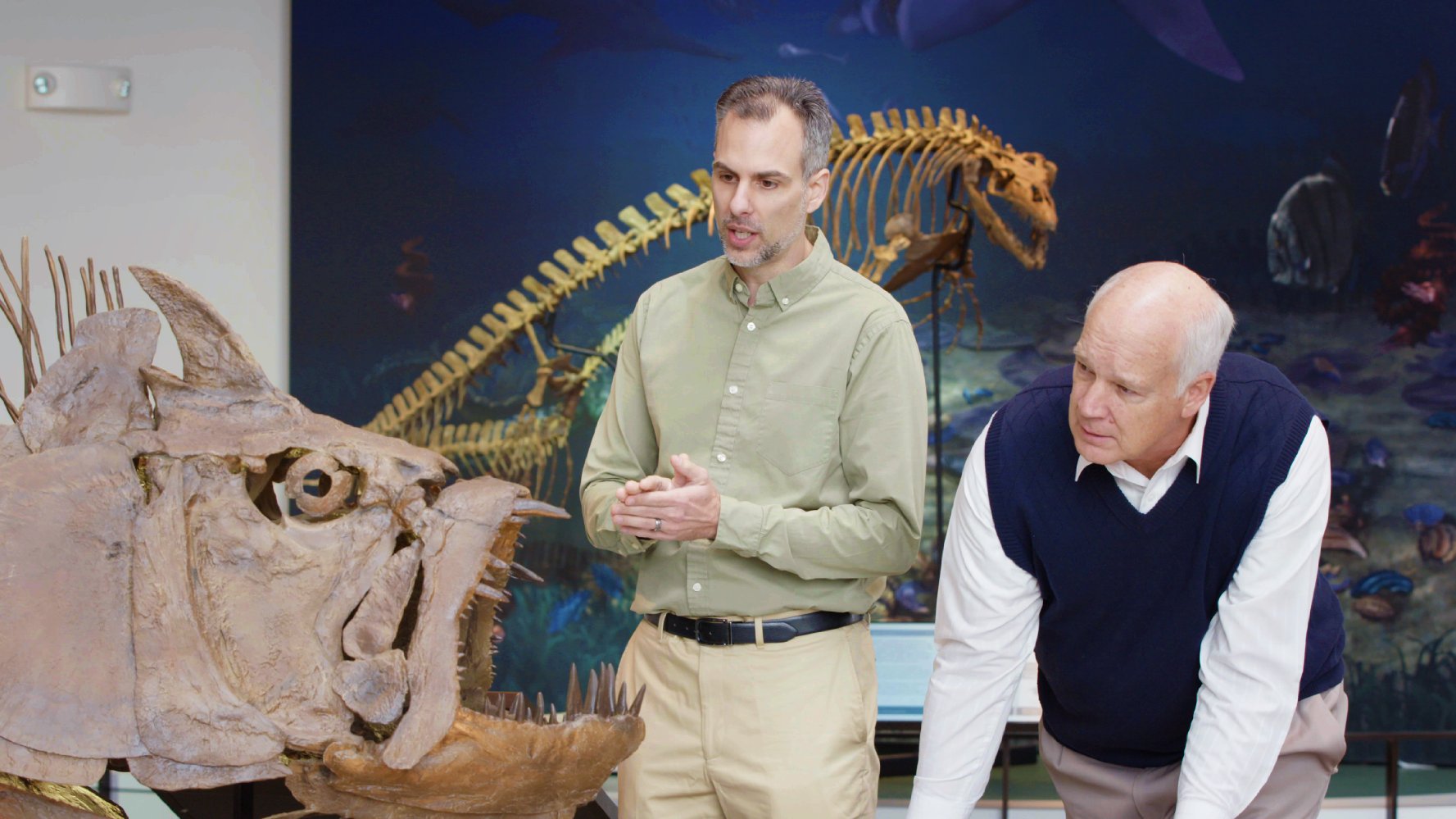 Some years ago, I had a conversation with a friend – a seasoned rabbi – about a well-known scientist who was dedicated to finding Noah’s Ark. The Torah portion for that week just happened to be Genesis 6-9, so we were both up to speed on the wording of the text. Without batting an eye, the rabbi maintained that, if explorers ever did find a 400-foot-long boat, somewhere atop icy Mount Ararat, he would still insist that the Genesis story was nothing more than a myth.

It wasn’t that my friend hadn’t considered the possible historicity of the book of Genesis. The problem was that such a discovery would challenge his innermost beliefs. 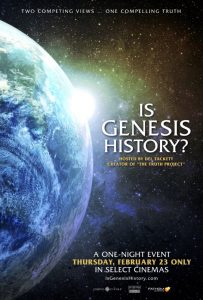 Looking at life through the paradoxical prism of the book of Genesis, one is bound to open himself up to rancor and ridicule. Yet, for billions of people around the world, the question of origins remain. How did we get here? Where are we going? What is the meaning of life? Is there a Creator, or are we simply the result of random chance?

Last Thursday night, Fathom Events promoted the nationwide screening of a new documentary which melds the scientific method with the book of Genesis. Titled Is Genesis History?, the film follows Dr. Del Tackett (a former director of technical planning for the National Security Council, under President George H. W. Bush and creator of The Truth Project) as he travels up snow-capped mountains, below the sea, through colorful canyons and into laboratories, “Exploring the world to see how it intersects with the history recorded in Genesis”.

The genesis of this film (if I may use that phrase) has its roots in the 2014 debate between television personality Bill Nye “The Science Guy” and Ken Ham – president of the Creationist ministry, Answers in Genesis.

Thomas Purifoy (the head of Compass Cinema – the maker of the film) said that, after watching the debate, his 10-year-old daughter turned to him and asked if he could clarify some of the things she had just heard. Purifoy didn’t know what to say; hence the making of this documentary.

Neither Ham nor Nye appear anywhere in Is Genesis History?; however, Ham’s oft-repeated mantra does seem to emerge, whenever secular science is mentioned: “Everyone has a bias. The question is: Which bias is the best bias to be biased with?”

Working within the constraints of a two-hour film, the producers selected thirteen individuals from a variety of fields (biology, archaeology, paleontology, astronomy…) to discuss their experience looking at the evidence for and against the creation model. Playing devil’s advocate, Tackett peppers the conversations with a host of honest questions which are routinely raised by Bible critics, non-believers, and serious skeptics.

To their credit, the scientists and scholars Tackett encounters on his quest, steer clear of dogma and derision – choosing instead to discuss the differences between the warring parties as paradigms. How, for example, asks geologist Steven A. Austin, can lava rocks, which were formed by the eruption of Mount St. Helens, seriously be dated by secular scientists at anywhere between 350,000 – 2,000,000 years old? The differences, he explains, may stem from the unreliability of various dating methods used. But in the end, for the Naturalist, “The paradigm drives the conclusion instead of the other way around.”

Lava rocks are not the only problem for the proponents of naturalism. Marine biologist Robert Carter suggests that the way genomes behave is a compelling argument for irreducible complexity. Geologist Andrew Snelling notes that the rapid sedimentation at Mount St. Helens occurred over the course of just a few hours – a far cry from the millions of years attributed to similar formations in places like the Grand Canyon.

As for global warming, paleontologist Kurt Wise says that the after-effects of the Noah’s Ark account would suggest the phenomenon is real, and the earth is still recovering from a worldwide flood.

Perhaps the most intriguing segment is Tackett’s discussion with microbiologist Kevin L. Anderson. Peering through an electron microscope, Anderson talks about the incredible discovery of soft tissue in the horn of a fossilized triceratops dinosaur. Soft tissue, he explains, decays very rapidly. To find tissue, which is still elastic, in a 5,000-year-old fossil would seem to be a near-impossibility. To find it in a fossil that an evolutionist would maintain is 65,000,000 years old strains credulity.

Again, the question arises: Is the paradigm driving the conclusion?

Admittedly, Is Genesis History? may be a bit dry for some. Though thought provoking,  beautifully filmed and evenly paced, it is, after all, a science-filled documentary. But if you care to stick with it, this film may move the universal conversation along. It may also challenge your own core beliefs.

As I said earlier, my rabbi friend had his mind firmly made up. So much for a careful consideration of all the evidence – past, present, and future.

Is Genesis History? succinctly lays out the scientific case for a special creation; then asks the question, “How does a little information from the past affect how one lives today?”

For the earnest skeptic, “a little information” could turn one’s life around. For the Christian viewer, the answer is equally profound:

“For since the creation of the world God’s invisible qualities – his eternal power and divine nature – have been clearly seen, being understood from what has been made, so that people are without excuse.” (Romans 1:20)

Fathom Events has just announced two encore presentations of Is Genesis History? These special viewings will happen nationwide March 2 and March 7. More information, including times and locations, may be found by visiting Compass Cinema and Fathom Events.

For those interested in faith-based films, Fathom has also announced the screenings of two more provocative movies and a Bible-based musical. Facing Darkness (March 30) – a film about the ebola crisis, and The Case For Christ (April 6) – the story of journalist Lee Strobel’s investigation into the claims of Christianity.  On May 2, look for Jonah: On Stage — the hit musical filmed in front of a live audience at Sight & Sound Theatres in Lancaster, Pennsylvania.

For more information about these and other films, visit Fathom Events.

(This story was updated to correct one misattribution.) 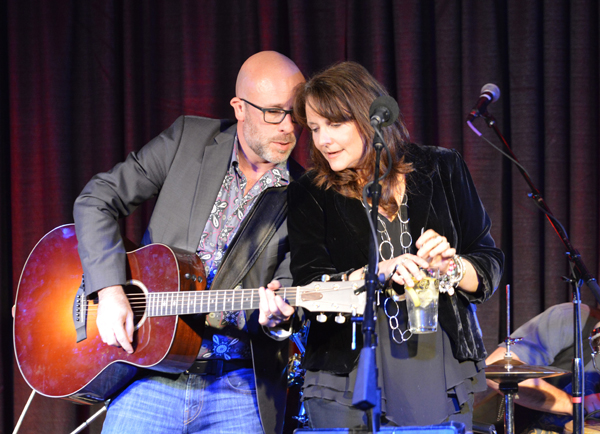 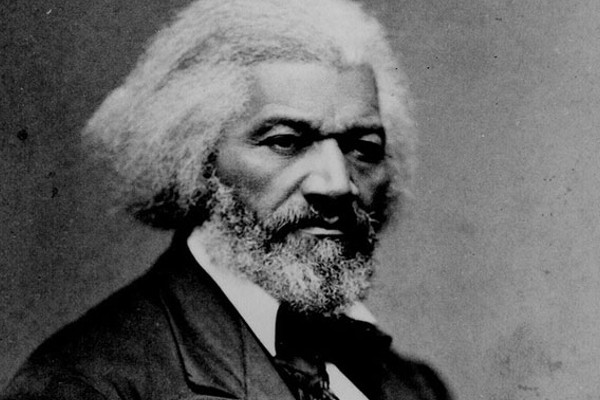