First question is: Why was Skaggs on a road trip, in the rotation no less, if he was on oxycodone and fentanyl? The latter drug is the number one cause of fatal opioid overdoses, not just in the U.S., but around the world. That isn’t new information, it’s been common, verifiable knowledge for at least three years. 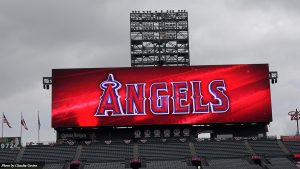 If Skaggs needed that kind of medication, and it was prescribed by team doctors, why wasn’t he in Southern California, or at the team’s Arizona training center, recovering from the pain and injury that required such drugs? Oxycodone and fentanyl are not medications for daily, long-term management of pain.

After my heart surgery in 2009 I was given a short supply of oxy with the implicit instruction that it was a short-term medication and that I should take it as prescribed, or even half the recommended dosage. I did the latter.

Years ago — decades actually — I told V.A. doctors I was having addiction issues with certain medications, which they dutifully put into my records. The notation is still there, too. Every once in a while an erstwhile nurse doing an intake procedure (vitals, verification of information, etc.) will ask: “Are you still having issues with this, that and the other thing?” “Umm, no. That was 38 years ago.”

The point being, oxycodone and fentanyl are not the proper medications for ongoing, long-term management of pain. Even for an athlete. If Skaggs was prescribed those meds he should have been under medical supervision, with regular, as in weekly at least, visits or conversations with doctors or other medical personnel.

The opioid crisis has been a mainstay of the news since 2015 and fentanyl has been at the center of it all as the leading cause of fatal overdoses.

Here’s a short list of celebrities that have died as a result of opioid overdose due to an alarming cocktail that includes fentanyl: Prince, Lil Peep and Tom Petty. Although fentanyl was not found in his system after his death, actor Heath Ledger suffered a fatal overdose from a medicinal cocktail that included oxycodone, hydrocodone, diazepam, temazepam, alprazolam and doxylamine.

“Cocktail,” for those who might not know, is a colloquial term used to describe a mix of medications taken at the same time. I take two medicinal cocktails every day, none of which are opioid or other mind-altering substances. I hate taking pills.

At the press conference before their August 30 game against the Boston Red Sox, Angels general manager Billy Eppler and manager Brad Ausmus tried to satisfy a room full of reporters with questions. In one form or another Eppler said he couldn’t answer questions because of the ongoing investigation.

The most astounding revelation from that press conference was that Ausmus apparently was unaware of the scope of the opioid crisis. He said he had to “Google” fentanyl to find out what it is. Ausmus was probably the only person in the sports world, fans and employees alike, who was “surprised” by the toxicology report. Unless Skaggs had a previously unknown heart condition or blood clot in the brain, the only alternative was accidental (or intentional) drug overdose.

In Brad’s defense, as he said in the press conference he isn’t a qualified medical expert who would know the signs of drug abuse. It isn’t up to the manager to oversee the medical condition of his 25 and 40-man rosters. They have a medical staff for that. All the manager needs to know is, “When will he be ready to play?”

He got it right that drug overdoses cross over every cultural, ethnic and economic line, that it strikes rich and poor alike. What may be surprising to the rest of us is that a baseball manager — and let’s include head coaches in other sports leagues, because it isn’t just baseball — was unaware prescription drug abuse could be happening in his world.

It’s really astounding, considering sports teams don’t just have a doctor, they have medical staffs plus cooperative arrangements with outside medical experts on everything.

Maybe sports teams like the Angels should consult with experts on substance abuse and opioid addiction as often as they do the experts that deal with concussions and broken bones.

At the height of his career with the Green Bay Packers, quarterback Brett Favre put himself into offseason rehab three times because he was addicted to pain medications, drugs that were prescribed to him by team doctors, at first. In March 2018 he told Sports Illustrated he took as many as 14 Vicodin at once, during the 1995 season, his first of three consecutive MVP seasons. He told the magazine, “It is really amazing, as I think back, how well I played that year. That was an MVP year for me. But that year, when I woke up in the morning, my first thought was, ‘I gotta get more pills.’ ”

On his third rehab he admitted to himself (and medical staff) alcohol was a big problem and the gateway to his other addictions. Presumably Favre is still clean and sober today.

No, it wasn’t baseball, or even oxy and fentanyl, but really, is what happened to Tyler Skaggs that much different? Sure, Favre survived and Skaggs didn’t, but change the drugs — and they both drank alcohol with their drugs — it’s all the same.

If I’m a reporter in a press conference with Billy Eppler — or any other sports team general manager — I would ask about what the team is doing to guard against drug abuse by its players and staff? If the answer to that question is he (or she) can’t answer due to an ongoing investigation, maybe they’ve just told us what we all thought all along: if they player can take the mound, or swing the bat, throw (or catch) a football; dunk the ball or make half their penalty kicks count, it’s all good.

Just plain common sense would lead me to believe an organization as sophisticated as the Los Angeles Angels had more on the ball in regards to substance abuse. It’s a fact: even with the best drug education and medical supervision, if an addict really wants to he or she is going to slip through the cracks and figure out a way to beat the system. The need for the drug, including alcohol, is that strong.

It would be a shocking revelation if the Angels — or any other sports team — didn’t take drug abuse seriously. I like the Angels, they have some great players. Look at what Albert Pujols does off the field, for instance. It would be truly disappointing to find out the team was negligent.

Tyler Skaggs’ untimely death is a sad epilogue for his family, his teammates and the fans who loved to watch him pitch. Now we are left with the memories.

Below is Claudia Gestro’s video report from the pregame press conference with Billy Eppler and Brad Ausmus of the Angels.

How Unanswered Calls Impact Your Business