In his authoritative 1941 biography of Edgar Allan Poe, Arthur Hobson Quinn wrote that on October 3, 1849, an election day in Baltimore, when a printer named Joseph Walker “found Poe lying outside Ryan’s Fourth Ward Polls, semi-conscious, he naturally sent for the friend [Dr. Joseph Snodgrass] whom Poe mentioned as the nearest to be found. The polling place was in a public house, known as Gunner’s Hall at 44 East Lombard Street, a few doors east of High Street, and Dr. Snodgrass lived on High Street, not far away. … What had brought Poe into this condition is still a matter of conjecture.”

Of course, the most common conjecture is that Poe’s “semi-conscious” condition may have been the result of too much drinking. If it was, his last drink almost certainly was obtained at that location which, according to Quinn, was “destroyed, probably in a fire of 1904.” This explanation is not far-fetched. After all, Poe was known to intermittently engage in bouts of drinking; Gunner’s Hall was a bar operated by a Cornelius Ryan in addition to being a place for voting; and, whether he truly was intoxicated or not, Poe was presumed to be drunk when he was found collapsed outside the establishment before being transported to a hospital at around five o’clock that afternoon.

It is not known why Poe went to Gunner’s Hall – which was located in what today is the 900 block of East Lombard Street – or even why he was in the neighborhood. The reason could be that it was located less that one-third of a mile north – just a six-minute walk – from where Poe lived 18 years earlier (long before moving across town to Amity Street where Baltimore’s Poe House & Museum is preserved today). This was where he first met and fell in love with his bride, Virginia Clemm, who had died of tuberculosis at age 24 two years prior to this last visit. Her death had left him despondent. But now he was considering marrying another woman. He may simply have been homesick, drawn to return to the area by nostalgia.

For several years beginning in May 1831, Poe resided there in what is now known as Baltimore’s “Little Italy” with his grandmother Mrs. David Poe, Sr.; his Aunt Maria Clemm; Mrs. Clemm’s daughter, his future wife, Virginia; and with his older brother, Henry, who also died at 24, a mere three months after his younger brother moved in. Indeed, as Quinn explained: “[Henry’s] funeral took place from Mrs. Clemm’s home in Wilks Street [now Eastern Avenue] in the older part of the city, between Exeter and High Streets, not far from the spot where Edgar Poe was to be found in dying condition in 1849.”

It is possible that Poe drank elsewhere or not at all before arriving at Gunner’s Hall on Oct. 3, 1849. We can never know for sure. Neither can we know which of the many theories concerning the cause of his death (ranging from disease to murder) is most accurate. As unlikely as it seems, alcohol may have had nothing to do with it. Certainly, we do know it did nothing to diminish his literary genius while he was alive.

There is no shame in acknowledging that Poe is believed to have patronized several long-gone Baltimore watering holes including the Seven Stars Tavern, the Egyptian Saloon, John Boyd’s bar, and Mary Nelson’s Social Club. On that October day or before, he may also have visited Baltimore’s oldest still-existing bar, The Horse You Came in On Saloon near the Fell’s Point waterfront, although there is no hard evidence of this.

Like Gunner’s, “The Horse” is located a relatively short distance from the home where Poe first grew to love his future wife and mother-in-law, the two most important women in his life. And it would not have been the first time he walked between that residence and the waterfront where he arrived on a boat from Richmond about nine mostly unaccounted-for days before his death on Oct. 7, 1849 in that Baltimore hospital.

Despite popular rumors however, it is not possible that “The Horse” was Poe’s “final” destination before he died. We know his last journey ended where Joseph Walker found him. The exact location where Gunner’s Hall once stood needs to be definitively identified by local experts. Hopefully then, once the city of Baltimore confirms it by installing an historic marker, at least some of the conjecture about Poe’s death can finally be put to rest.

A Baltimore native and independent historian with a master’s degree in journalism from Northeastern, Dan Currie is a research consultant at Admission Strategies in Boston, the digital curator of Poe Boston Inc., and the former founding president of the Edgar Allan Poe Foundation of Boston.

The Art of Being Un-Wired: Chapter 31 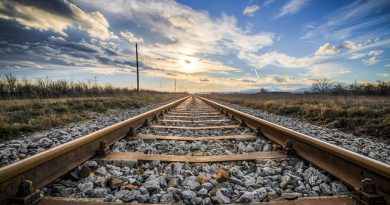 An aborted ride: Richmond to Richmond

One thought on “Where did Edgar Allan Poe have his last drink?”