(This is the third story in a three-part series on the Edgar Allan Poe House and Museum.)

The setting wasn’t exactly Dickensian though the varlet was as dissenting as Scrooge himself.

On a cold Chicago day in December 1993, in the wake of Baltimore’s unsuccessful bid to secure a team to replace the long-lost Colts, then-NFL commissioner Paul Tagliabue delivered his infamous “Bah, humbug” riposte, suggesting to reporters that Baltimore should use the money set aside for a new football stadium to build a museum.

Almost 30 years later, that statement still grates local football fans. What no one knew at the time was how soon Baltimore would return to the NFL.  The late Art Modell moved his franchise from Cleveland to Baltimore in 1996 and a brand new stadium, not a museum, soon took shape.

Ironically, as the Baltimore Ravens kick off another promising football season, the city is preparing to hand off control of the home of the icon whose immortal poem inspired the team’s name.  The timing of the events is coincidental, though to many the two entities are inextricably connected. Last week, after almost two years in limbo, control of the Edgar Allan Poe House and Museum began to shift from the Baltimore City Department of Planning, to a new non-profit group called Poe Baltimore.

The group, which consists of members from a cross-section of municipal, business, arts and community interests, met to review some of the suggestions made by consultants the city hired last year and to map out plans for the coming transition. One of the members of the new group, actor and producer Mark Redfield, told the Baltimore Post-Examiner that the real challenge has just begun.

“You have to do the work to see what will work.”

Redfield said the board of Poe Baltimore, which consists of seven members, may eventually expand to somewhere between 10 and 15 people.  The group is charged with the care of the Poe House, the duty to keep the museum open and functional, the mission to engage the public while promoting both Poe and Baltimore, and the responsibility to secure the means to sustain the house.

Redfield seemed particularly excited about the mission to promote Poe and Baltimore, noting the possibilities for educational outreach once the ball is rolling.  “Down the road, we hope to be able to offer grants to both scholars and students,”  Redfield said. “We want to keep the place open and thriving as a landmark, perhaps sharing exhibits with the Pratt Library and other museums.”

One issue Redfield pointedly addressed was the rumors surrounding the relationship the Poe House would have with the nearby B&O Railroad Museum.

Many Poe House supporters, hearing that the consultants suggested a partnership with the railroad museum, expressed concerns that the B&O would co-opt the Poe Museum.

“The B&O,” Redfield stressed, “is not taking over.  There is a one year contract to implement new exhibitry, explore the van tour idea and to act as an overseer.  They have designers, organizers, etc.  The hope is they will be able to do this with as little disruption (to the Poe House) as possible.”

Redfield’s assessment of the B&O arrangement, mirrors that of Courtney B. Wilson, executive director of The Baltimore & Ohio Railroad Museum, Inc.  In an email interview, Wilson told the Post-Examiner,

“The B&O Railroad Museum is working with the Baltimore City Department of Planning toward a consulting contract that would allow the management of the B&O to oversee the creation of a new non-profit entity whose mission would include the operation and interpretation of the Edgar Allan Poe House but also encompass a far larger field of work in Baltimore related to Poe and his influence on Baltimore and American literature. There has been no discussion, nor will there be, about the B&O taking control of the Poe House. We are simply utilizing our experience and intellectual resources in the field of museum management to help effect a sound transition.”

The idea of coupling the Poe House to the B&O is seen by many as a way to maximize two unique attractions.  Still, some within the Poe community remain dubious.

Jeff Savoye, secretary of the E.A. Poe Society, doesn’t see how the van tour idea could possibly work.  Currently, the Poe House has a full-time curator and a small group of dedicated docents.  The city provides off duty police to patrol the neighborhood during regular museum hours.  Under one rumored proposal, prospective visitors to the Poe House would no longer be able to walk right up to the door on Amity Street, but would rather have to park some six blocks south at the B&O Museum, purchase a ticket there, then wait for a regularly scheduled shuttle to take them to the Poe House.  On board the shuttle would be a driver, a tour guide and perhaps an armed security guard.

“There is no practical way to do it with a shuttle.”  Savoye noted that on one weekend this summer, more than 200 people made their way to the Poe Museum.  An hourly shuttle van would carry perhaps 15 at the most.

Others worry that, while a police presence in the neighborhood seems to put out-of-towners at ease, an armed guard on a tour bus might set patrons on edge.

Savoye is also concerned about how the museum will be reinterpreted by the B&O, noting that, “Some of the artifacts currently on display are owned by Poe Society members while other items came from the Cloisters Children’s museum.  Some may convey, some may go. Who knows?”

Perhaps the biggest hurdle facing the new non-profit group will be finding the money to carry out its ambitious mission.

The City of Baltimore spent $85,000 a year to staff and maintain the Poe Museum. It paid $45,000 to CRMG the consulting firm it hired to come up with a viable transition design and will reportedly pay the B&O $175,000 for its work to implement that plan, which is yet to be made public.  And while it’s unclear how much it will cost to run the house once the plan is in place, sources tell the Post-Examiner they’ve heard numbers between $200,000 to $300,000 a year.  Sustaining such a hefty sum will fall to the board, which brings us back to The Ravens.

The one constant this reporter encountered while conducting dozens of interviews was the question, “Why don’t The Ravens chip in?  And what about M&T?”

Arguably, no one has made more money from Poe’s caustic bird than the Baltimore Ravens.  And unlike the Baltimore oriole or the Maryland terrapin, ravens are not indigenous to the area.  The sole connection to Charm City and its new football team is Edgar Allan Poe.

To be fair, no one associated with The Poe House ever suggested the team owed the museum a dime.  To the contrary, Jeff Jerome, the longtime curator of the museum, seemed to bristle whenever the subject would come up.  Jeff Savoye of the Poe Society also went on record as saying funding the museum wasn’t the football team’s problem.  Still, the public wondered, so the Post-Examiner asked The Ravens and M&T Bank for a comment.

Chad Steele, director of media relations for the Baltimore Ravens told the Baltimore Post-Examiner, “We are not aware of anyone approaching (the team) on this. This is an important project, but we can’t do them all. We’re very involved in a number of other important community projects right now.”

Steele also referred to the following statement on the Ravens’ website:

“The Baltimore Ravens have a strong commitment to the community. In addition to appearances by Ravens players, coaches and staff, the team assists hundreds of charities and non-profit organizations through in-kind donations of team memorabilia. Depending on the nature and reach of the event, donations may include photos, team apparel, footballs or other merchandise.

“Due to the large volume of requests we receive, the Ravens give priority to organizations in our immediate geographical area. We ask that each organization submit only one request per year in order to accommodate as many groups as possible.”

Philip Hosmer, vice president of corporate communications at M&T Bank, was surprised that the Poe House had lost its funding.  When asked via email if anyone had approached M&T about helping the embattled museum, Hosmer replied, “Not much to report; have not heard from anyone about the Poe House.”

Hosmer went on to say that he couldn’t speculate about what may happen (in the future). For the Poe House, the future starts now.

Sources tell the Post-Examiner that, effective Sept. 28, Jeff Jerome will be forcibly retired by the city.  Jerome, who began at the Poe house in 1977 and has been the curator since 1979 has not been asked to be a part of the transition team nor was he offered a place on the Poe Baltimore board.

Mark Redfield says the board will soon begin looking for any avenues for fund-raising.  Adding a few heavy hitters to the board would certainly help with that cause.

Redfield says he doesn’t know when the house will close this fall, though the general feeling is it’s best to keep it open through Halloween.  After that, the consultants’ plan will be executed by the B&O, with hopes for a grand re-opening sometime in the spring.

Redfield reminds people that when the dust settles, the attraction will be the house itself.

Redfield added, “The battle cry is not to cry.  The Poe house will not be turned into a Starbucks.  And they are not taking Poe’s body away from Baltimore.”

Rafael Alvarez, the President of the E.A. Poe Society, makes this final point:

“The future of the Poe House is crucial to Baltimore’s identity.  It has survived scores of administrations and changes in economy and attitudes and the fortunes of the neighborhood where it stands.  Like so many of our neighbors, it is proud but a bit beleaguered.  It must be preserved.”

While She Sleeps will be live at Fillmore 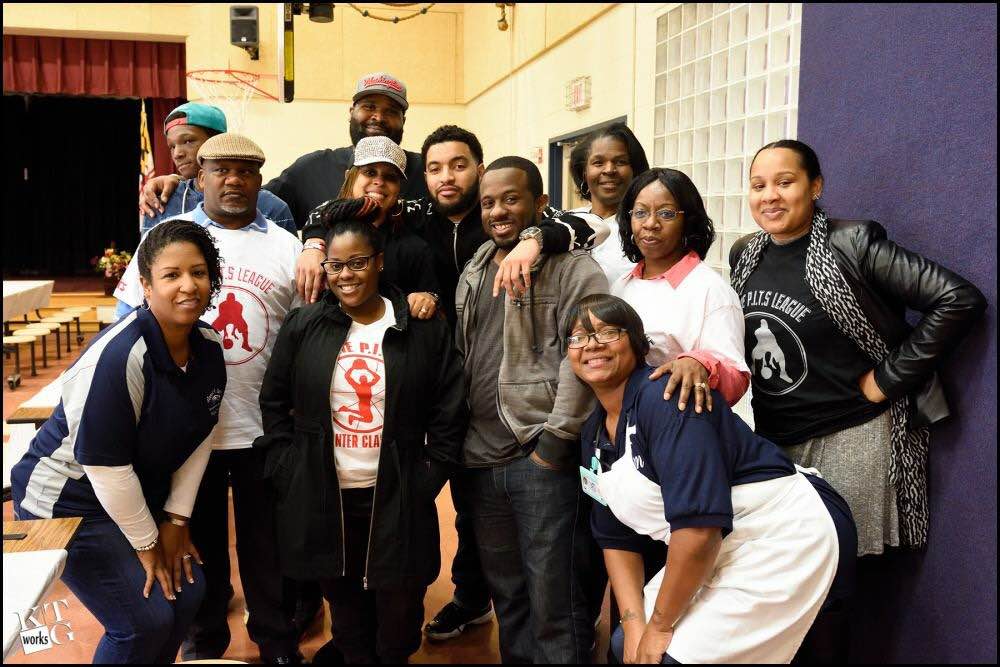