Was Edgar Allan Poe an alien? Many of his contemporaries seemed to think so, and so do quite a few people in Hollywood, apparently. And, yet, there is some truth in this, because at the end of his life Poe lived in a different universe than the rest of humanity. It was a novel universe that he had created for himself in his masterly cosmogony Eureka  (1848). However,  Eureka  was only the grand finale of a process of many years, and Poe’s gradual estrangement from society runs as a red thread through his work. If there is only one leading theme in Poe’s oeuvre, it is alienation.

That started already at an early age with a revolt against reason, in his Sonnet-To Science’ (1829), which should have been titled more properly Sonnet-Against Science. For it accuses science of not only removing mystery from nature, but magic and myth with it. Also in Poe’s later tales and poems, the disenchantment of the world is a regularly recurring theme, as in  The Island of the Fay (1841) and in  Eleonora  (1841; Poe’s only love story, but one of the most beautiful ever written).

And there was another reason why Poe turned against science, because he could not live with the philosophical consequences of the dominant scientific opinion of his time, which saw the universe as a machine. This so-called ‘clockwork universe’ was the result of the celestial mechanics that were developed by famous scientists and astronomers like Kepler, Newton and Laplace. However, in such a mechanical and totally determined universe there is no place for a human free will, for personal responsibility and for spirituality.

Everything in such a universe is determined by the mechanistic and materialistic laws of nature, and individual man is just a minute cog in the universal machine. Thus it is understandable that the clock and its main element, the pendulum, became symbols of death and destruction in Poe’s work. Whenever a clock or pendulum appears, even in symbolical form, it is the forebode of evil and terrible things that are about to happen: A Predicament’ (1838); The Devil in the Belfry (1839); The Fall of the House of Usher (1839); The Pit and the Pendulum’(1842); The Masque of the Red Death (1842); The Tell-Tale Heart  (1842);  The Raven  (1844) and  Hop Frog (1849), to name a few. The theme of the fatal clock is everywhere in Poe’s work, which expresses his life-long revolt against the science of his time, which he saw as a mathematical prison and a death trap.

It also shows his continuous personal struggle to escape from that situation and find a better universe to live in, which he finally did in Eureka. No wonder that after ‘Eureka’ he announced his own death, because he felt that he had finally slipped the surly bonds of earth and touched the face of God, where no-one could follow him at that time (to quote from John Gillespie’s poem ‘High Flight’). Many thought him crazy, even still a century after his death, although modern science would prove him right, eventually.

But Poe was certainly not above a relativistic and even humorous analyses of his situation, as in The System of Doctor Tarr and Professor Fether  (1844), where the narrator discovers to his perplexity that he is a guest in a mad-house where the patients have seized power. Or in  The Man that Was Used Up (1839), which describes the hopelessness and the deconstruction of the concept of ‘mechanical man’. Also the political situation did not escape Poe’s attention, which has lead some biographers to the conclusion that he was anti-democratic.

But it is more probable that Poe loathed politicians who used and abused the democratic system for their own advantage. His critical view on politics and a political élite that only serves itself, is apparent in tales like  Some Words with A Mummy ( 1844) and  The Masque of the Red Death. But also here Poe became more outspoken at the end of his life, and  Mellonta Tauta  (1849) paints a bleak picture of the future of American politics.  The Fall of the House of Usher’ and  The Black Cat (1843)  confirm that he even expected a disastrous national conflict that would end the American society that he knew, whereby the unresolved issue of slavery would play a decisive role.

From a psychological point of view Poe belonged to the “strangers” or “marginal personalities.” Such people have a deep-rooted conviction that they live in a world in which they do not belong. This existential condition is usually the result of traumatic experiences during early youth, as happened indeed several times to Poe. In later life such “marginal” people become charismatic personalities with a strong drive to create a new world in which they are really at home.

They are sharp and merciless observers of the world around them, because they have no emotional attachments with it. However, such people are also filled with conflicting feelings, and their remarkable creativity has tragic and destructive tendencies, also to themselves. It is as if such people cannot allow themselves to really enjoy the world in which they live.

For Edgar Allan Poe that was certainly the case; in that way he was definitely an alien with a still amazing legacy.

from the vacant stillness

Groundhog Day in Nevada with road kill along the tracks 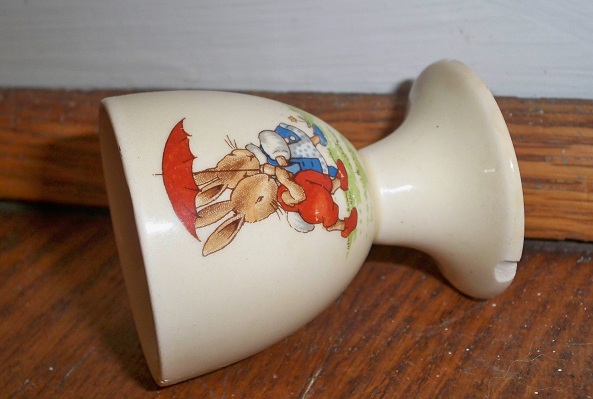 One thought on “To the Dreamers I offer this Book of Truths: Edgar Allan Poe’s  lifelong quest for a livable world  ”