The Vegas-to-San Bernardino, Calif., run on the Union Pacific had long intrigued me. I had dark fantasies of crossing the Mojave in an open car without a hat. On the other hand, as paleography class ended last Friday, I could start on a long-postponed paper and applications.

The Strip teemed with the usual desperate crowd. I wandered through the two new casinos, the Excalibur and the Mirage. Had I known what the next twodays would bring, I would’ve returned home forthwith: a big hobo who turned ugly; a yardmaster and crew who tested my skills to the limit; and an extra day spent suffering from dehydration.

Including all the stops to yield to faster trains, the first day’s ride averaged 17 mph. Along the way, which was peppered with flowering cacti at trackside, we hit a vast forest of Joshua trees. There must have been millions of them; for many miles of railroad, they extended to the horizon on both sides. We crossed into East Mojave National Scenic Area. The highlight was a brief stretch in the shadow of looming red cliffs, with remarkable rock formations falling away to the east.

After only 173 miles, the train broke up in Yermo, Calif. I’d have to find a new ride to San Bernardino, which lay 92 miles ahead.

In the desert-marooned company town of 600 people, I met Big John. He was a huge, bearded tramp who lived in an A-frame on railroad land. Like many tramps, he bristled with a show of toughness before softening.

His loneliness was so palpable that the only thing to do was to sit and let several westbounds go by. He talked in a pent-up rush about his agonies in Vietnam; his hitch in an Army mental hospital; and his high school basketball days. Some of the last stories rang false if you knew the chronology of the famous players whose names he dropped.

Late on Saturday night, I retired to his guest A-frame. He’d offered some hobo treasures: a flashlight, freight timetables, a few road flares. “My partner Jimmy and me make coffee with these.”

Eleven a.m. Sunday and no sight of a westbound. I was hanging out on the yard’s east end. Another tramp’s remark came back to me: “I gotta get me some wheels. This is gettin’ kinda old.”

The day was bright and hot, the yard nearly shadeless. To make things worse, Big John became irrationally angry. We were sitting on the stoop of an abandoned house with a newcomer, whom I’ll call Third Man. He had drunkenly ridden the wrong way and was trying to get out of Yermo … again. Big John and he were pooling their money to buy more Thunderbird. A yard worker had told me that an incoming westbound was minutes away, so I declined to contribute. I had no time to enjoy the fortified wine with them.

Third Man didn’t care, but Big John blew his stack. Full of drunk rage, he began threatening me. “If you ever pulled out of a ‘circle’ in Montana, they’d kill you … look around, there’s nobody here to help you … if you have any spare change, you’d better put it in!”

This was not a time to provoke an intoxicated, once-institutionalized man with a line like “Stop bluffing!” He had nine inches and 50 to 70 pounds on me. While Third Man chased that jug of Thunderbird, Big John and I argued some more. Finally he pulled  four of his own pennies from the pile of remaining change. “When [Third Man] comes back, you put these pennies in the pot!”

Third Man was back; I’d managed to tell him about the provenance of the four pennies. He was also bemused by Big John’s tantrum. When the latter wasn’t looking, he derisively spun his index finger around his ear.

The promised westbound hotshot steamed through the yard at 15 mph to keep off riders. Big John, his blow-up forgotten, yelled me on: “Catch that motherfuckin’ train!”

Fifteen miles per hour is about my limit. I charged out of that house as if it were on fire, and approached the train at an acute angle. To be boastful, I hit the ladder like Spiderman. There was time for a thumbs-up salute to the waving tramps.

But things unravelled. I was hiding in the last locomotive. Surprisingly, there were crewmen in it, and they were sticklers for the law. “Where did you GET ON?!” one of them bellowed. A few minutes later, during a halt, the yardmaster evicted me.

We talked things over. “I’m stranded in this town,” I pleaded.

“I don’t wanna clean up any more of you people … you know what it’s like to pick up pieces of a guy in a Hefty sack? We found a 34-year-old guy, and the biggest piece was this –.” He drew a finger across his pectorals.

He went on. “I suggest you hitchhike. There’ll be plenty of people drivin’ back to L.A. on a Sunday.” He pointed across a depressingly vast acreage of desert. “If I see you again, I’ll have to take action.” The meaning of action was clear. Quite literally, my summer was at stake.

With three other discouraged tramps who came from nowhere, I plodded toward the highway. Our direction was perpendicular to the train. Behind me, the engines began to whine, and crazily, I gambled my summer. I began to tilt direction until once again I was parallel to the train. As it rumbled on, I darted onto a “double-stacker” – a sunken flatcar supporting 2 containers.

Unfortunately, the car had almost no floor. My gymbag and I perched on roughly 5 square feet of ledge, just above the track and inches away from the grinning, unshielded wheel. Every movement required the most painstaking deliberation. Each time I shakily stood up, dehydration and sleep deprivation made me groggy. I had to change cars.

Several times in the next mile, the hotshot inexplicably stopped. Each time, to elude any car-by-car search, I jumped off and hid in the windbreak. I kept retreating farther and farther back on the train, until the crew would’ve needed a telescope to find me. My footwork on the rungs was becoming ever more ragged, but the train didn’t care.

Eventually, I had a secure place to sit. The hotshot ripped through Daggett, Barstow, Victorville on leased Santa Fe trackage. A low profile was necessary on this hostile railroad’s property, so I ducked away from all oncoming locomotives and yard buildings.

The remaining scenery was unappealing sage country, other than a rocky-banked river paralleling the track through Victorville. But, near the end, we climbed into the San Bernardinos. I enjoyed the finest descent of my life: looking down on an undulating dragon’s spine of chaparral-clad valleys, all of it framed by the hazy silhouettes of progressively higher mountains, all of it dominated by the curling, gently canted outline of the more-than-mile-long train.

As Big John had advised, the hotshot decelerated in San Bernardino. It is wise to jump off well away from the yard and its notoriously enthusiastic Santa Fe bulls. The barbed wire on both sides can trap a rider who needs to get off the property fast. Seeing a breach in the fence, I took leave at 20 mph. A bemused Hispanic family watched from the overpass.

The flight home permitted me to take stock about dreams fulfilled or abandoned. It’s been 10 years since high school. But if anybody has been wounded by the years, it’s the tramps like Big John. Their present-day hardships could hardly be the future they had envisioned before their first rides. I leaned back and thought about what time does to us all. 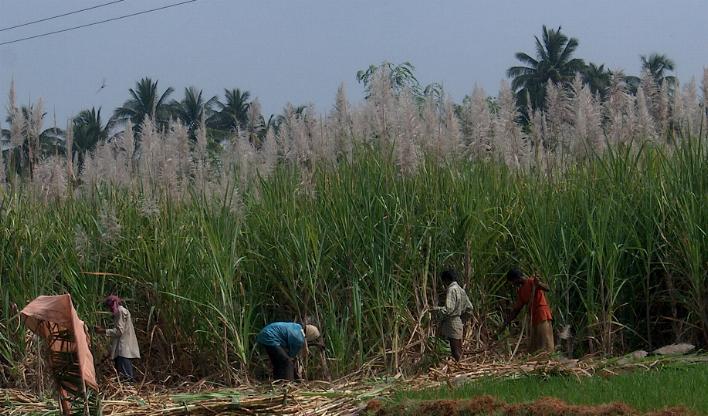 Can sugarcane save Ethiopia’s dwindling forests?