It’s been more than 20 years since Daniel Snyder took control of the Washington Football Team, and his story is every bit as relevant today as it was in 1999. His incredible journey started in his childhood, Sundays spent with his father and his favorite football team.

Yet Snyder’s path to ownership was less than straightforward. He would eventually take over after previous owner Jack Kent Cooke passed away in April 1997, but Snyder wouldn’t officially throw his name in the hat until late 1998. See how Dan Snyder spun a challenge into an opportunity with a little creativity and a lot of grit.

Dan Snyder is a businessman through and through, which means he fully understands the value of a good partnership. It was why he originally teamed up with real estate investor Howard Milstein to secure enough funding for the venture. Their first attempt was to offer $700 million in cash.

This offer came with contingencies though, and the trustees of would reject it. Undeterred, the pair would raise the stakes to approximately $800 million — a deal more than $250 million of any other franchise purchase. When this offer was accepted by the trustees, the final hurdle was to get the NFL owners to agree on the price.

A Snag in the Plan

Milstein and his brother owned 45% of the NHL Islanders, giving him a solid foundation of what it took to own a sports team. However, the NFL owners were not keen to approve the offer with Milstein attached to the deal. After much discussion and opposition, it became clear to Milstein and Snyder that the bid was not going to be accepted, which is when they withdrew their bid.

Knowing that the offer price was not the issue, Dan Snyder forged on to secure additional funding from family and trusted investors. Once he was able to get all of his ducks in a row, he submitted his offer without Milstein and was met with unanimous support from the NFL owners. Even though the financial partnership didn’t go as planned though, Snyder still considers Milstein a friend.

An Entrepreneur in the Making

Daniel Snyder has always had his eye on the bigger picture. Being from Bethesda, the Washington Football Team were his team. It was their players that he would root for on countless Sundays growing up. It takes a lot of guts to go after a dream like his, especially when many of the decision-makers would have preferred for the team to stay in the Cooke name.

Yet Snyder seemed destined to be the owner of this franchise. At 17, his first money-making scheme was to bring people from DC to Philadelphia to watch the Capitals. Always a sports lover, he went on to start a number of money-making ventures, making it his mission to learn from both his successes and his failures.

After starting a marketing consulting firm with his sister, Snyder Communications Inc., he was able to bring the annual revenue of the company from $43 million in 1995 to $333 million in 1997. It’s no wonder he became the youngest person to own a company on the NYSE.

Snyder has always been appreciative of Cooke’s legacy and the team that he built during his tenure as owner. He wanted to continue his spirit, something that he’s managed to do against all odds. The Washington Football Team definitely suffered from a lack of leadership during their years in limbo.

Players would be apt to choose another team simply to avoid the hassle, and the public had plenty of opinions over who was taking over and what could be done to improve the team. With Dan Snyder at the helm though, the franchise has managed to grow its profit margins significantly.

He did this by listening to his instincts and trusting the fans. He looked after high-profile guests by adding more box suites and club seats. He looked after all guests by improving the traffic congestion in the parking lots. Once other NFL owners saw the numbers he was bringing in, it’s no wonder they started to adopt many of the same policies.

This busy businessman has managed to get to where he is today by spotting an opportunity and going after it. With the Washington Football Team, the opportunity was far more than making millions on his beloved childhood team though. What kept him so motivated through every failed deal was his true love of the game. Daniel Snyder is so much more than a football owner. He has a wife and three children and a passion for film. His real pursuits are founded in exploring and expressing his passions, something that we’ve seen time and again during his reign.

An engineer by profession, blogger by choice. Rafique is a dreamer, goal achiever who wants loves .com lifestyle. With travel and music as his hobbies, he can certainly think about an alternate source of finance, which will undoubtedly help him. Get connect with Rafique here – Facebook: https://www.facebook.com/Rafiquehere Gmail: rafiquee70@gmail.com 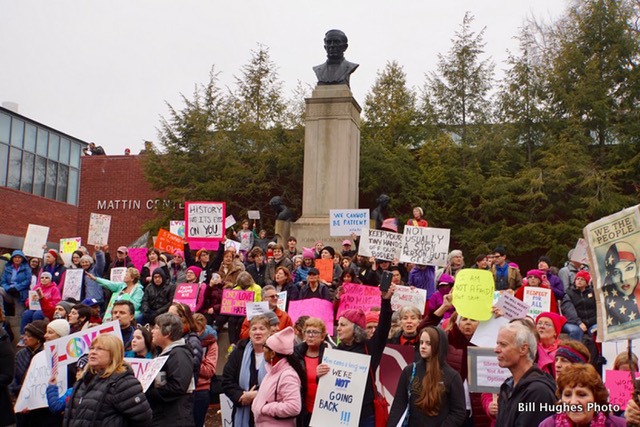 Riding with ‘ghosts’ from Hagerstown to Altoona