Another shooting. This time in Maryland. Brianna Benlolo, 21, of College Park, and Tyler Johnson, 25, of Ellicott City were tragically gunned down at Zumiez skateboard clothing shop in the Columbia Mall.

The reprehensible met the ordinary.

I wish it were unusual or unfamiliar, but with more than 20 mass shootings and more than 300 casualties in the United States since 2009, it’s sadly common. CNN wrote, “The mall shooting capped a week of gun violence or threats of it in ordinary places across the country.”

After the horror of Sandy Hook, no meaningful gun legislation passed despite strenuous efforts of President Obama and surviving Newtown residents.

By contrast, the United Kingdom enacted strict gun control laws in 1997, after a former Scout leader gunned down 16 children and a teacher in a school gym in the small Scottish town of Dunblane. Ensuing legislation banned all pistols in the UK.

The United States’ homicide rate exceeds the United Kingdom’s by 20 to 1. Both are republics, yet one retains a pernicious remnant of slavery attached to its Constitution, the 2nd Amendment. It was included assure slave holding states, particularly Virginia, would ratify the Constitution.

The rhetoric of freedom did not align with the “curious institution” of slavery, and in northern states abolition fervor ran strong. Across the pond, Dr. Samuel Johnson sneered, “How is it that the loudest yelps for liberty come from the drivers of slaves?”

Prominent Virginians such as Thomas Jefferson, Patrick Henry and George Mason, were caught in the crux of history, a strange vortex dividing thought and reality.  They sought to abolish slavery even as slaveholders.

Freedom snapped forward at a faster clip than tradition tolerated. Slave uprisings were a major concern to “free states.” There had been a couple hundred rebellions already. In Southern states, slaves far outnumbered free men and slave militias were deemed necessary to assure stability. Fredrick Douglas wrote, “Patrols were small units of white males connected with their local militia—often three patrollers led by a captain— that monitored slave mobility outside plantation grounds.”

There were also concerns that northerners would seek to emancipate slaves by drafting them into Federal rather than state militias.  Patrick Henry, of  “Give me liberty, or give me death!” fame, worried, “In this state [Virginia] there are two hundred and thirty-six thousand blacks, and there are many in several other states. But there are few or none in the Northern States. . . . May Congress not say, that every black man must fight? Did we not see a little of this last war? We were not so hard pushed as to make emancipation general; but acts of Assembly passed that every slave who would go to the army should be free.”

And that’s exactly what Abraham Lincoln did four score and seven years later. And that’s why the Second Amendment begins, “A well-regulated Militia, being necessary to the security of a free State…”

So where does King James II fit in this picture?

Even by obscure standards, it seems obscure, which it is. Nobody at Zumiez skateboard shop was thinking of James II, the Glorious Revolution, the schism between Protestants against Catholics or the Second Amendment when a 19-year-old in armed this weekend.

James II is a useful artifact of history for the gun lobby and the multi-billion dollar gun industry developed and matured on a deliberate misreading of the Second Amendment and its history. Second Amendment advocates twist their logic into phantasmagoric sculptural confabulations to justify a liberal (by that I mean generous) interpretation of individual liberties. The wording, etymology and inclusion of “well-regulated militia” is conveniently forgotten, whereas the use and ownership of guns for self-defense remains.

In England, guns are only used for sport and hunting, and their use is highly controlled. By the historical standards of English Common Law, the British should own more guns per capita than any nation on Earth. They don’t.

One of four copies of the Magna Carta of 1215 in its teeny and precise script, sealed under oath by King John with his giant wax seal, is on display at the National Archives in Washington, DC. It is the heart of English Common Law, from which our law derives. The Declaration of Independence and the United States Constitution are its heirs.

Take us forward 475 years to English Declaration of Rights of 1689 and its Bill of Rights, it includes freedom of the people to have arms, specifically for Protestants to defend themselves from the recently deposed Catholic monarchy of James II. (At least he just lost his crown and not his head, as his father, Charles I had.)

In 1689, in the midst of religious warfare, Protestants against Catholics, the Papacy and France against Anglican English, inserted in the Bill of Rights was the right to bear arms. It reads in part, “Whereas the late King James the Second by the Assistance of diverse evill Councellors Judges and Ministers imployed by him did endeavour to subvert and extirpate the Protestant Religion and the Lawes and Liberties of this Kingdome…That the Subjects which are Protestants may have Arms for their Defence suitable to their Conditions and as allowed by Law.”

Justice Antonin Scalia, as a phoenix who stepped through time, ignored the slavery debate leading incorporation of the 2nd Amendment, amended the 1689 English Bill of Rights with District of Columbia v. Heller (2008) to read in part, “Our opinion is, that any law, State or Federal, is repugnant to the Constitution, and void, which contravenes this right, originally belonging to our forefathers, trampled under foot by Charles I. and his two wicked sons and successors, reestablished by the revolution of 1688, conveyed to this land of liberty by the colonists, and finally incorporated conspicuously in our own Magna Charta!”

There is nothing everyday about Antonin Scalia. The unremarkable, commonplace and ordinary is not his realm. But the routine; attending school, going to a movie or buying skateboard clothes in a mall is what dominates most American lives. Justice Scalia’s mind resides at the intersection between constitutional and common law, but reality is devoid from his thinking. His misocainea is demonstrated best by the gargantuan abyss between his anachronistic Stuart era rhetoric and the needs of today’s Americans.

We are suffering daily gun violence in schools, malls, and churches. A distant black-robed Supreme Court Justice combatting “Charles I and his two wicked sons and successors,” is Daily Show material, but is too tragic to be funny. A shooting at Zumiez isn’t a schism between states, nor does it threaten our democracy. Unmitigated gun violence does. It forces everyone to take extraordinary measures to prevent and combat violence. A police state is ideal for the gun industry, intent on selling ever more weapons, but a state of siege is not conducive to democracy.

James Madison wrote, “Americans have the right and advantage of being armed – unlike the citizens of other countries whose governments are afraid to trust the people with arms,” but he was wrong.

He was wrong when he owned slaves, and he was wrong to advocate for the 2nd Amendment to spearhead state’s rights against Alexander Hamilton’s federalist efforts toward the manumission of slaves. We live in a different age.

Freedom and democracy are founded on trust and thrive on peace. Toward that end, it’s time we open debate toward amending the Second Amendment toward a saner course. 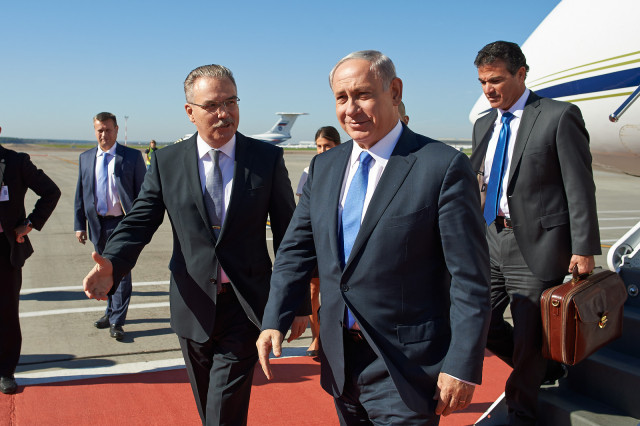