Michael Jackson THE IMMORTAL by Cirque du Soleil kicks off the North American leg of its World Tour this weekend in Worcester, Mass., stopping in Baltimore for shows on March 18 and 19 at Baltimore Arena.

Cirque du Soleil promises the show to be an “electrifying production presented in a rock concert format that combines the excitement and innovation of Michael Jackson’s music and choreography with Cirque du Soleil’s unparalleled creativity.” It’s currently the ninth top-grossing tour of all time, according to Billboard.

Rounis talked to BPE about Michael Jackson’s influence on her career, her favorite part of THE IMMORTAL show, and kids in white gloves and black fedoras dancing in the aisle.

You’ve been a part of THE IMMORTAL show since June 2013, performing in places like China, Australia and New Zealand. How’s life on the road?

MR: It’s a blast. I love it (laughs). It’s very fast-paced, so it’s not for everybody. But it helps when you get along with everybody, and we have an amazing cast, so it makes it easy.

The crowds have been great everywhere, but I anticipate North America will be the best, by far. Everyone is really happy to be back. They don’t have to use their adapters for electronics, we can make phone calls, we know all the restaurants and we all speak the same language (laughs).

I haven’t been to Baltimore before, but I have some friends in the area and I’m looking forward to checking it out!

You danced in the Beatles LOVE show in Las Vegas for four years. How does that show compare to this one?

Every Cirque show is so unique. Beatles LOVE is a dance-heavy show, but this one is more so, because we’re paying tribute to Michael and his legacy. The Beatles were more of a different era, so some of the movement is different.

That show was brilliant to be a part of, as well, and to cross paths with Sir Paul McCartney and Yoko Ono and Olivia Harrison was an amazing experience in itself. LOVE is also a resident show in Las Vegas, and you can do a lot more because the venue doesn’t change, as it does when you’re touring.

Were you a big Michael Jackson fan?

I was influenced heavily by him as a child. I grew up watching him on TV. I would mimic his moves, and my Mom used to have people come over and she’d have me show them all my Michael moves (laughs). I was drawn to his mannerisms, his style, and the way he moved.

What do you think set him apart from other entertainers?

He wasn’t ever afraid to go out of the box or limit himself to anything—everything was fair game. His styles were influenced from various forms of dance, and that’s what made him unique and iconic. He was influenced by all sorts of styles, and you can see that. He managed to marry it all together, to where it’s iconic and when you see it, you say, “That’s a Michael move.”

There’s a lot of original choreography in the show, and there are a lot of numbers that pay direct homage to the dance moves and these iconic videos that Michael created over time.

So this must be a dream job for you, right?

It’s every dancer’s dream to dance with Michael Jackson, and at this point in time, this is it. This is as close as you can get, right? We have some iconic band members in the show as well, that have toured with Michael, so that makes it extra special to know that they’ve been on stage many times with him. It’s an amazing energy.

Do you have a favorite part of the show?

For me, personally, from This Place Hotel though Smooth Criminal and Dangerous, that part of the show is very powerful.

It sounds like this is great way to preserve Michael Jackson’s music and memory, along with introducing it to younger generations.

His music has really touched every corner and crevasse of the world. I don’t know how many artists can say that. In some of these cities, we’ll see little kids in the aisle, and they’ve got the full Michael Jackson-getup on—the glove, the white shirt, the fedora—and they’re doing all the Michael moves! It’s like, “You’re too little to know all of this!” It’s beautiful.

When people hear “Cirque du Soleil,” they envision performers flying through the air and other amazing acts. Do you do any of those stunts?

I do aerial stunts as well—You’ll see my in the air, on the ground, in the audience… Wherever you think you might be able to find me, I’ll be there during the show!

New Year’s Eve in Las Vegas: Why not? 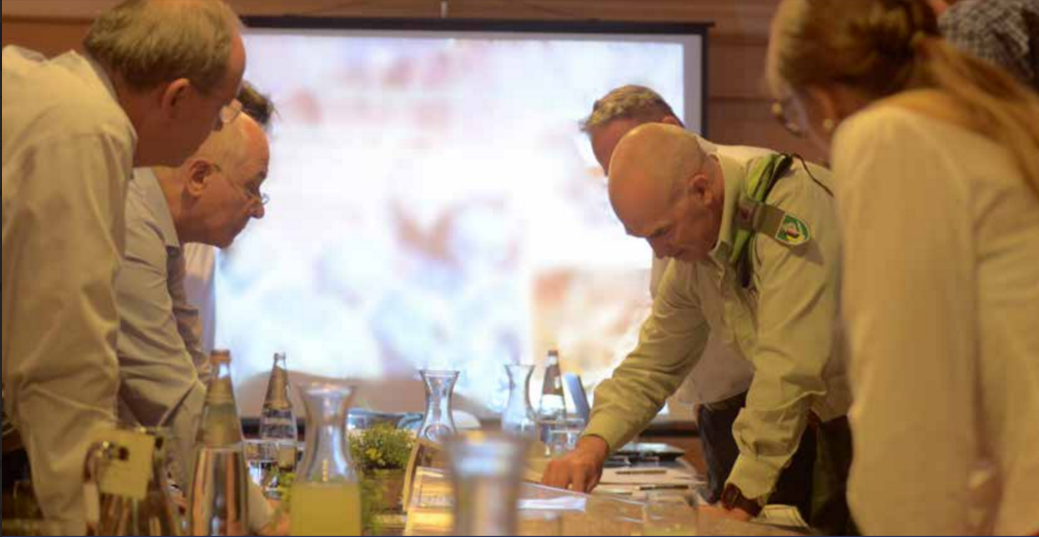