Not to be a pessimist, but I couldn’t help thinking back to 2008 last night when I saw so many social media posts talking about what a historic moment we were watching as Hillary became the Democrats candidate. Hope was the theme in 2008 when Obama became the nominee and eight years later we have a nation angrier than any time I remember. I see nothing in Hillary if she is elected that will change this just as I see nothing in Donald that will change this.

What I see is in another four years there will be more Americans struggling to pay their bills because our economy is in the midst of changing from a manual labor force to an automated one. All those middle class jobs lost in 2008 are not returning now that there are computer programs that allow one person to do the work previously done by ten. The same is true on the assembly lines of America and in the not too distant future, it will be that way in medicine, education, and even law enforcement.

Our nation, especially our economy, was built on the backs of cheap labor. It has always depended on it. When Native Americans were dropping dead from diseases we brought over from Europe, it became necessary to rely on slave labor from Africa. Though the slave trade ended, we remained a slave-based agrarian economy until the Civil War changed all of that.

The war was about determining whether or not we we were going to remain a nation of farmers or move forward and become an industrialized nation. n either case, both the North and South were fighting for who would control cheap labor as much as they were fighting for the future direction of the nation.

While northern abolitionists wanted to see an end to slavery and blacks being incorporated as full citizens with all the same rights as whites, and while southerners detested the federal government taking away what they felt were state rights to determine their way of life, caught between the two groups were southern whites with a conscience about blacks being slaves and northern whites who were reluctant to see freed blacks move northward. So while on the surface, the Civil War seems a war to end slavery, it was as much a war over who would have access to cheap labor.

With the end of slavery, blacks were wooed northward under the guise of freedom only to find life in the north a struggle. Low pay, crappy living conditions, and yes, racism caused many to long for plantation life in the south. In fact, it was not uncommon for freed slaves to leave the north and return to the life they were more comfortable with.

With factories in the east and north in need of cheap labor as well as the Transcontinental Railroad being built, wealthy industrialists turned to Europe and Asia for the cheapest labor they could find. Chinese arrived in boatloads and were put to work on the railroad, working in horrific conditions for little pay and sometimes even being killed on the job.

Before black on black crime was the issue it is today in cities like Chicago, there was plenty of white on white crime, much of it the end result of the same factors that cause what is happening today: low paying jobs, little hope of advancing your life, and a sense of no one caring enough to want to improve your living conditions.

World War I was perhaps the most horrifying war we involved ourselves in (although WWII and Korea are right up there). The death toll not just among American servicemen, but among all participating nations drastically reduced the availability of a cheap male work force.

No big deal in America, just put children to work. Then our factories, railroads, and shipyards were filled with uneducated boys doing some of the most dangerous work imaginable and often paying for it by losing a limb or their life.

An agile boy was better suited as a pin dropper, someone who stood on the end of a train car and dropped a pin through a hole when another car was backed up to connect with it. If the kid slipped, it might cost him his leg. If he didn’t pull his hand back quick enough, well, he still hand another hand to use. Thankfully, child labor laws brought an end to a large and cheap labor force and kids were expected to attend school rather than work.

The Great Depression pretty much wiped out jobs for everyone, but when World War II came around, we were now in a quandary. Men were needed in droves to go fight the Germans and the Japanese while we became a war-based economy. Planes, tanks, and ships were not going to build themselves and there were simply not enough men in the work force to get the job done.

Enter Rosie the Riveter. Women in large numbers were recruited to work in our factories and without them, we simply would not have been able to out produce the German and Japanese war machines. It can be argued that because of the female work force, World War II was not drawn out nearly as long as it might have been without them.

Life changed in a major way following World War II. Men returned home and took back the jobs in our factories, women were relegated to office jobs, teaching, or just encouraged to stay home, have kids, and run the house.

Meanwhile, blacks were still treated as unequal to whites so what little work they could find was minimal in pay as well as in reward. Why graduate from high school let alone a college if white owners are not going to hire you? Civil Rights for blacks and equal rights for women began taking center stage and while legislation brought an end to decades of mistreatment by law, it would take decades more before we can claim we are anywhere near equal in these areas.

Today, Hillary Clinton has claimed the mantle as the one candidate who will fight for better opportunities, an end to unequal pay, and a need to improve the odds of women and minorities across the nation while another, Donald Trump, is doubling down on the anger of whites who see their world being taken away by an ever increasing and interfering federal government.

It can be argued the Democratic party has become the party of the future, seeing how society will look down the road, much like the north of the 1850s, whlie Republicans have become glued to the past and how the good old days were, not all that unlike the pre Civil War South.

Since 1970, our nation has seen a flood of Mexican and Central American immigrants, legal and illegal, arrive to do the harsh backbreaking work no longer being done by other groups. Laborers in our fields, construction projects, hotel industry, and fast food industry; they have become perhaps our last source of cheap labor on our soil. However, their time is limited, not because of a wall or threat of deportation, but rather because they will be replaced, just like the union factory workers and middle management employees of ten years ago.

We are now at a juncture where we will become a fully automated society. In another century, with the exception of a few great creative geniuses, most of this nation will be out of a job. Robots, drones, and artificial intelligence will replace all of us not because they do the job better, although most will, but because they will work around the clock for no pay, no health care, and no vacation.

Why would anyone employ a person when they can get free labor elsewhere? We have been trying to figure out ways to do this as long as we have been a nation. Whether it is a guy plowing a field by hand who realizes a horse or donkey can do the job better and longer or a computer engineer who designs a program that allows one middle manager to over see what ten others are currently doing. Free labor trumps (pun intended) cheap labor which trumps union labor.

So the question we should be asking is not which candidate is going to bring back lost jobs to a struggling labor force, but rather which candidate has a plan that will keep the masses from revolting when they are all out of work? Do we become a welfare state where everyone is paid not to work? If so, why get a college education if you are not going to work? Or do we begin seeing colleges return to offering more of those courses we think are a joke just so we can amuse ourselves with all our free time?

How are you going to feel when instead of seeing a doctor a robot instructs you to drop your drawers so it can inspect your prostate? Do you want your children instructed in large auditoriums via a computer generated teacher while they sit in chairs that have artificial intelligent programs that are designed to keep your kid from acting up in class? Do you want drones flying over head and monitoring the behavior of people and sending robots into areas of criminal activity because they do not need a salary like our cops do?

Neither Hillary or Donald can stop any of this. The future train has left the station and it is just a matter of time before it takes all of our jobs. So how are we as a species going to thrive and grow if capitalism and the American dream of hard work paying off goes by the wayside? Do we continue down the path of self absorbed narcissistic behavior we are already seeing too much of, or do we find ways to still better the world, perhaps by using our increased free time to help others in poorer regions to pull themselves up so they can enjoy a better life? Do we fall prey to the increased messengers of hate that again we see too much of already or do we find ways to live in a world where borders, race, and religion are no longer concerns?

The future is here and it is nothing like the past.

Top photo: Lunchtime atop a Skyscraper, by Charles C. Ebbets, via Wikipedia 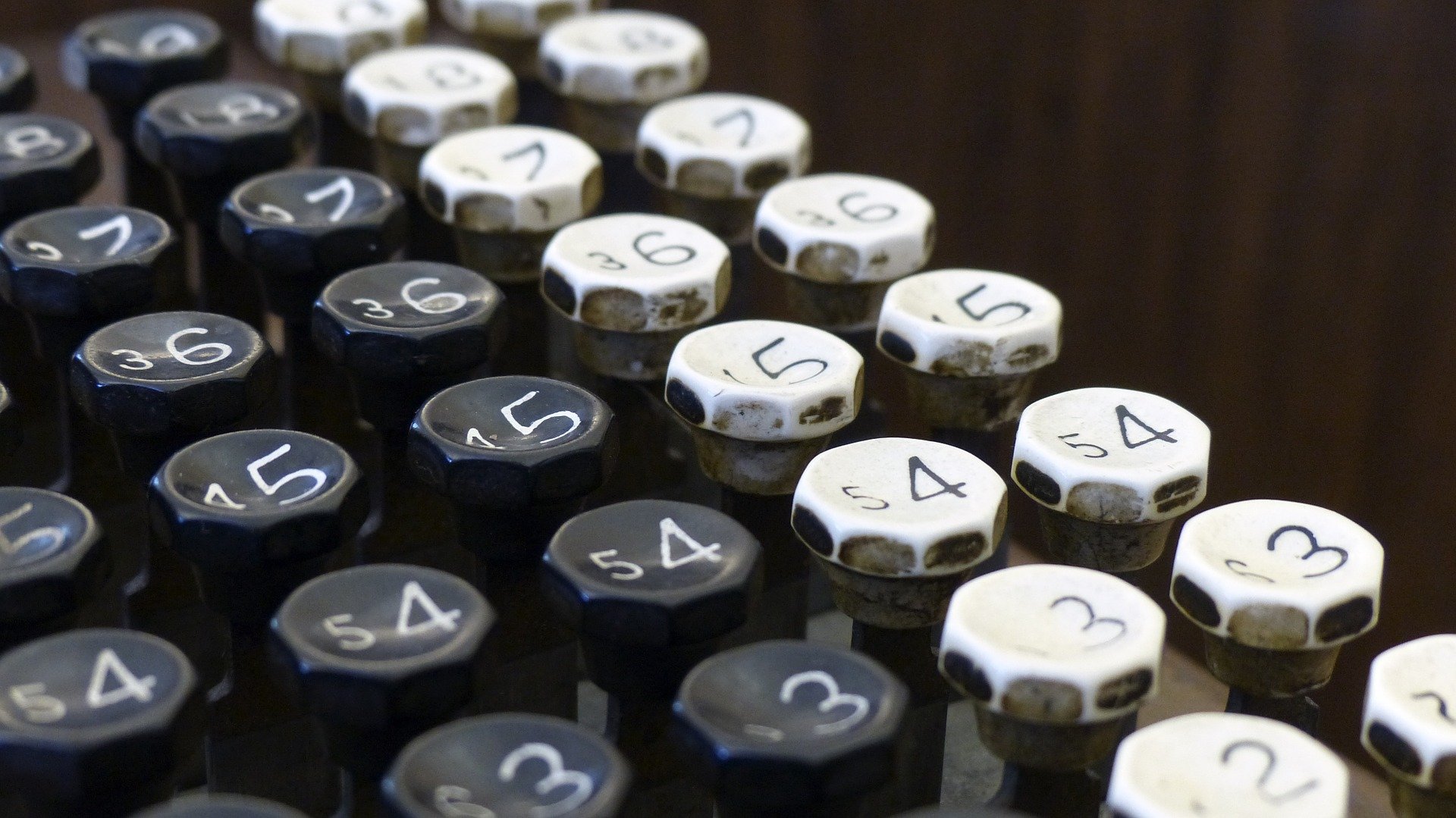 Congressional incumbents crush challengers in fundraising, except in Bartlett-Delaney race