After the NLCS opened up in St. Louis, MO and the Cardinals had won the first two games, the Dodgers found themselves on the business end of a Louisville Slugger.

If losing the first game of the series wasn’t bad enough, the Dodgers All Star shortstop Hanley Ramirez was hit by a Joe Kelly pitch late in the game, putting a hairline crack in the slugger’s #8 rib on his left side. So Ramirez wasn’t available for Saturday’s Game Two.

Before that game was in the books it looked like the Dodgers might be outclassed by the best post-season team of the past 12 years. The best pitcher in the major leagues this year, Clayton Kershaw, took the mound for the Dodgers and he pitched great, allowing only one run — but that’s all the Cardinals needed to win the game.

So, when the series moved to Los Angeles and the rocking confines of Dodgers Stadium, the home team found themselves under the gun, looking at the possibility of a very short series and then a seat on the couch watching the Cardinals take on their American League rivals.

Game Three in Los Angeles started out like people imagined: a pitching duel that gave the fans three and a half scoreless innings.

Feeling the importance of the day, Hanley Ramirez took to the field. For players like him, the pain wasn’t enough to keep him on the bench so he took his place in the gap for the first pitch.

When the Dodgers got to the plate in the bottom of the 4th Inning, they began to claw their way back into the series, batting against the Cardinals’ 19-9 ace, Adam Wainwright.

First Mark Ellis hit a strong double, and then Hanley Ramirez stepped into the batters box, cracked rib and all. He hit a long fly-out to right field, allowing Ellis to take third base.

Adrian Gonzalez hit a double to center, sending Ellis home for the first run of the game. Andre Ethier grounded to second, but it got Gonzalez to third. The rookie Yasiel Puig hit a deep triple and Gonzalez scored.

After Juan Uribe struck out, ending the inning, the score was 2-0 in the Dodgers favor.

There weren’t any more runs scored until the bottom of the 8th Inning when Ramirez hit an infield single that scored Carl Crawford from second. That would be all the scoring the Dodgers would need to win the game as they shut out the Cardinals, 3-0.

Rookie pitcher Hyun-Jin Ryu got the win for the Dodgers and Kenley Jansen picked up the save. Adam Wainwright picked up a rare post-season loss.

The spark plug for the Dodgers, according to most of the people in Dodgers Stadium was the presence of Hanley Ramirez. He contributed to the scoring twice and his play at shortstop was very good, but seeing him play through the pain of that broken rib, that hurts every time he breathed, swung a bat or reached for a groundball, invigorated his team.

Just hours before Game Four got underway, the big question was: will Ricky Nolasco get the start as scheduled, or will manager Don Mattingly put in one of his two aces, Zack Greinke or Clayton Kershaw.

Just before Tuesday’s game the Dodgers from 1988 gave the crowd a thrill when Kirk Gibson re-enacted his home run trot around the bases to commemorate the 25th anniversary of his Game One homerun that propelled the Dodgers to win the World Series that year. Then the beloved Tommy Lasorda threw out the first pitch, throwing Dodgers Stadium into pandemonium.

When the game started Nolasco, took the mound and kept the Cardinals scoreless for two innings. The Dodgers didn’t score either, so going into the 3rd Inning it was still 0-0.

The third started off rough for Nolasco. Daniel Descalso got a lead-off single, and Cards pitcher Lance Lynn sacrificed with a bunt, getting Descalso to second base. Matt Carpenter hit a double sending Daniel Descalso home for the first score of game.

The Cardinals All Star outfielder Carlos Beltran grounded out to Mark Ellis who made a spectacular grab just past second base. But then Matt Holliday entered the Batters Box and swatted a 2-run homer, 421 feet down the left field line. It was the first homerun of the NLCS.

Lynn pitched a 1-2-3 inning so when it was over the Cardinals were leading 3-0.

Ricky Nolasco followed suit for the Dodgers, keeping the Cards from reaching base in the top of the 4th Inning.

Adrian Gonzalez started the bottom of the 4th with a leadoff double. Andre Ethier walked and the Dodgers had men on 1st and 2nd base. Puig took a pitch so close to his face he fell back. He got up angry, but Dodgers manager reminded the rookie to remain calm. It paid off when Puig hit a single that sent Gonzalez home for the Dodgers’ first run of the game.

Juan Uribe hit a long fly out that allowed Ethier to take third. Catcher A.J. Ellis got a single that score Ethier and sent Puig to second and the Dodgers were on the board with two runs, one run behind the Cardinals.

Chris Withrow took the mound for the Dodgers in the 5th and kept the Cards scoreless, but he did walk pitcher Lance Lynn, something you don’t usually see, especially in the post-season. But then Lynn advanced to second on a wild pitch and if that wasn’t bad enough for Withrow, he was called for a balk that sent Lynn to third.

The Dodgers pitcher settled down and kept the Cards from scoring in the fifth.

That was about all the excitement in the game until the Cardinals’ pinch hitter Shane Robinson hit a solo homerun in the top of the seventh.

That put the score at 4-2 and the Cardinals pitching shut down the Dodgers bats for the rest of the game.

Now in game five, the Dodgers faced elimination. Joe Kelly would get the start for the Cardinals and Zack Greinke for the Dodgers. Pitching in Dodgers Stadium gave Greinke some motivation, but the big questions are: will the home field wake up the Dodgers bats? And, more importantly, will Hanley Ramirez start?

It’s no secret the Dodgers need him in the lineup. He left Game Four in the sixth inning, his ribs too sore to endure so his return was questionable. But this is it.

There he was at game time, taking his place in the gap as the Dodgers shortstop.

In 1988 Kirk Gibson went into Game One of the World Series, hobbled by two injured legs. In the bottom of the Ninth, with two outs, Gibson was sent in to pinch-hit, sending into the right field seats the most famous homerun in World Series History.

It’s a moment in time not lost on the present day Dodgers, especially Hanley Ramirez. We can only imagine what’s going through the shortstop’s mind, but he’s probably thinking about playing through the pain one more game and once again help the Dodgers get that win.

Game five was a day game, starting at 1 p.m. local time. I wonder how many Dodgers and Cardinals fans found themselves too sick for work, looking online for a doctor’s excuse to download from the Internet. This game was worth it.

The pitcher not only got an RBI, he got on base. You would have thought with Carl Crawford following, Greinke would have scored, but Crawford struck out swinging and the pitcher moved from first base back to the mound.

The Cardinals scored in the third, tying the game at 2-2, getting hits from two of their Matts: Carpenter, who scored on Carlos Beltran’s triple and Matt Holliday who doubled to get Beltran home.

Adrian Gonzalez then hit the Dodgers; first homer of the series, a towering 450-foot drive to right. L.A. was ahead in the game once again, 3-2.

In the fifth, Carl Crawford got the Dodgers’ second homer of the series, sending a Joe Kelly pitch 426 feet to the right field seats.

Randy Choate took the mound over for Kelly in the sixth, but Greinke pitched a full seven innings. But the Dodgers weren’t done scoring. In the seventh inning A.J. Ellis hit a solo homer to left. The Dodgers had gone four games in the series without any homers, but at this point in Game Five they had three and the score was 5-2.

Then in the eighth inning Adrian Gonzalez hit the Dodger’s fourth homerun of the game and series, a 273-foot shot to right. The score was 6-2, the final scoring for the Dodgers in the game.

With the Dodgers ahead they brought out their closer, Kenley Jansen, but it wasn’t an easy inning for him. Two of the Cardinals’ Matts got on base, Matt Holliday with a double and then Matt Adams followed with a single that sent Holliday home.

Jon Jay singled to right, putting Adams on second and then Pete Kozma singled to get Adams home. But that would be the end of the Cardinals ninth inning rally and the game ended with a Jansen strike out of Adron Chambers.

The Dodgers bought themselves another day, another game. They head back to St. Louis to face the Cardinals on their home field — Busch Stadium. The series is tilted to the Birds, 3-2, so the idea of the Dodgers winning two in a row on the road, in this series against those Cardinals, well, that kind of miracle has seldom been seen in Major League Baseball.

Eleven teams have succeeded in winning a seven-game playoff series after being down 3-1, the last time being the San Francisco Giants overtaking the Cardinals in last year’s NLCS. The Cardinals are not looking for a repeat.

But, in June the Dodgers were 12 games behind in the National League West. They dispatched the Atlanta Braves in four games, so if any team was poised in a better position to make it 12 teams to comeback from a 3-1 deficit, the Los Angeles Dodgers are that team.

For our Spanish-speaking readers, a video of Claudia doing a report on Hanley Ramirez. 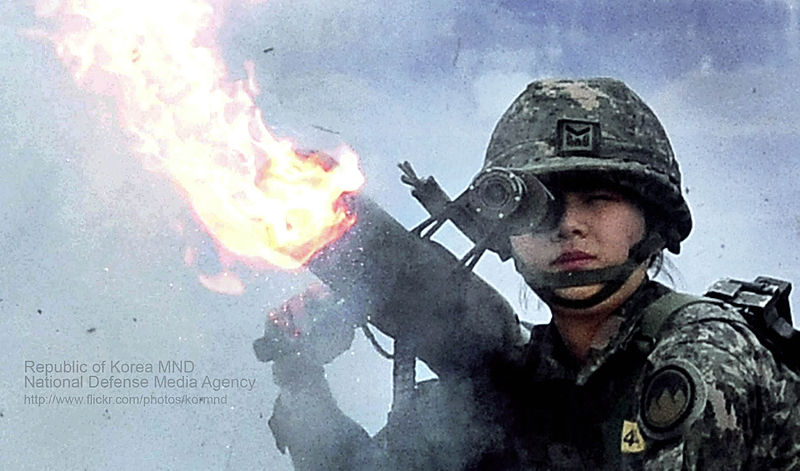 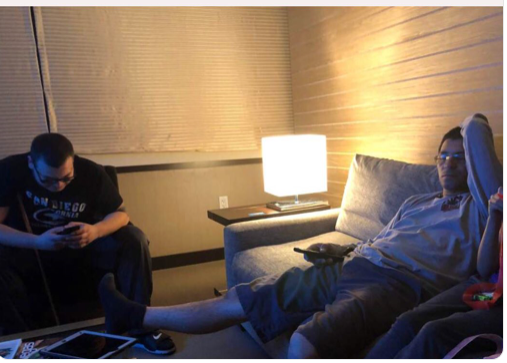 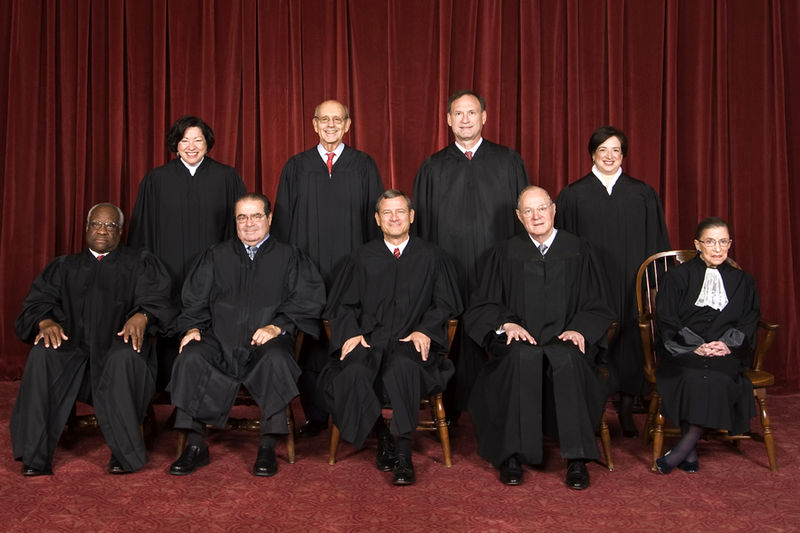