In January 1967, Robert Timberg was a short-timer, counting down the days until his combat tour in Vietnam ended. He had thirteen days to go before he got to go back home to his wife in Southern California. That homecoming would eventually happen, but not in thirteen days, and not as the person he once was. The moment his vehicle struck a Vietcong land mine divided his life into before and after. The Baltimore Post-Examiner is proud to present three excerpts from Robert Timberg’s memoir Blue-Eyed Boy.  Timberg will be reading from his book this Tuesday evening Sept. 23 at 6:30pm in the Poe Room at the Central Branch of the Enoch Pratt Free Library.  Blue-Eyed Boy is available locally at the Ivy Book Shop and online at Amazon and Barns and Noble.

I don’t know if we Americans were doing anything worthwhile in Vietnam. Seems like when I first got there I saw this old peasant ankle deep in a rice paddy, walking behind a plow pulled by a water buffalo. And I kept seeing him every couple of months, never in the same place, him and his water buffalo just plowing a rice paddy – a pair from central casting. He always had his back to me, so I never saw his face. In between sightings, though, my battalion engaged in search-and-destroy operations, convoy duty, resupply missions. And we’d get intelligence briefings that said the Vietcong were on the run, or lying in wait for us behind the next ridgeline.

Then I’d see the old guy again, him and his water buffalo, never giving any indication that a bunch of Marines armed to the teeth were half a football field away, or that anything we had done since I last saw him had had any impact on his life. I would have felt better if once, just once, he had taken off his wide-brimmed peasant hat and waved to us – or spit at us or given us the finger – but he never did. It was as if we weren’t even there.

When I regained my senses, I was splayed out on the ground, a corpsman shaking me.

I knew immediately what had happened. Our Amtrac had rolled over a land mine, possibly a pressure-activated mine but more likely one detonated by VC crouching in the tree line to our left. 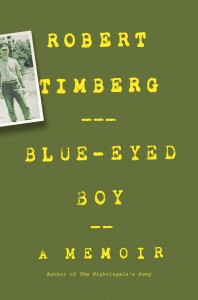 That meant whoever had set off the blast was probably preparing to take us under fire. Basic small-unit tactics decreed that you cover an obstacle by fire. In other words, when you’ve got your enemy dazed and flustered, as we were, you try to finish him off before he can clear his head and get reorganized.

A sergeant who had been on the same Amtrac as me raced over, looked down.

I knew I was wounded, badly, but oddly enough I wasn’t in a lot of pain.

“Sergeant, we need to set out a perimeter defense,” I said. “The VC are probably in those trees, but they could be anywhere.”

“I called for a medevac, Lieutenant. The choppers should be here in a few minutes,” said the corpsman. “Are you hurting?”

“Yeah, but not all that much.”

“I can’t give you morphine, Lieutenant, not with a head wound.”

“Anybody else hurt?” I asked.

“Three other guys, but you got the worst of it. They’ll be okay.”

In those few minutes, as the pain gradually intensified, I checked myself out. My face and arms had been scorched and my throat felt raw, but incredibly I could see perfectly. I also could hear and speak. And the rest of my body seemed like it was intact. This felt serious, but was it?

Suddenly I was on a stretcher held by Marines front and back, being rushed to a helicopter that had just set down about fifty yards away, its rotors slowly slapping the air. Plop-plop-plop-plop. Then I was aboard the chopper, the rotors whirred, and we lifted off.

My face was tingling and I was having trouble breathing by the time we landed, about thirty minutes later, amid an array of Quonset huts. I gathered we were at a military medical facility; it turned out to be the station hospital near Da Nang, at the base of Marble Mountain. Once again stretcher bearers were hurrying me somewhere, this time toward one of the larger Quonset huts. Before we got inside, a small contingent of doctors, maybe three or four, stopped us and huddled around me.

“Is it hard to breathe, Lieutenant?” one of the doctors asked.

“He needs a trake,” a doctor said. The others nodded.

“Lieutenant,” the same doctor said, “your throat is closing up. You must have inhaled some of the hot fumes. We’re going to have to give you an airway.”

I gave the doctors a puzzled look.

“We need to cut a small hole in your throat and insert a tube so you can breathe. It’s called a tracheotomy. We’re going to give you a local, but it still may hurt a bit. We need to move fast on this.”

A needle entered my throat just below my Adam’s apple. Less than a minute later I felt a blade slice through the same area. I passed out.

We had found the apartment during an earlier trip to the Bay Area – two bedrooms on the second floor of a two-story complex that discouraged children other than those traveling in utero, whom management tolerated or failed to notice. The amenities included a swimming pool and a small grassy area suitable for grilling and picnicking. We were not in Palo Alto proper but rather in what felt like a white compound in the predominately black community of East Palo Alto. EPA, as some called it, was actually north of Palo Alto. Just a few months before we moved in, voters there had narrowly turned back an effort to rename it Nairobi.

As we settled in, I was mostly oblivious to my surroundings, lost in my own tortured thoughts as I struggled to come to grips with the breathtakingly stupid decision I had made a couple of months earlier. I had forsaken a miserable but protected life in our Laguna apartment for a year of basking in the furtive stares of my fellow students followed by a career of rushing up to people with a pen and notebook in hand, only to have them shriek, call a cop, run away or bash me with their umbrellas.

Janie calmed my fears, talking me down, reflecting my concerns, but keeping me focused on the need not to crumble before I even began the formidable journey we both knew awaited us. Her message, “Don’t let this beat you; one foot in front of the other.”

Janie needed the VW to commute to San Bruno, so I was going to have to come up with another way to get to school. I bought a sleek, black Raleigh three-speed. No idea how to ride it, so the guy in the bike store gave me a quick tutorial.

I anticipated the two-mile ride to school with dread. I vaguely wondered if I could outfit myself with blinders, like a racehorse, so I could only see straight ahead and avoid the shocked faces of pedestrians and the drivers motoring past me. That was clearly impractical. Almost without knowing it, though, I began to develop the first of what would grow into a complex web of defensive mechanisms. During the ride, I somehow managed to short-circuit almost anything in my surroundings that related to my disfigurement.

Thanks to this fortuitous and probably fragile new talent the ride to the Communication Building, where I had most of my classes, was reasonably pleasant. I sang to myself as I pedaled, which helped even more. My repertoire contained one song, “Wichita Lineman”, as rendered by Glen Campbell, words and music by Jimmy Webb.

I am a lineman for the county
and I drive the main road
Searchin’ in the sun for another overload.
I hear you singing in the wire,
I can hear you through the whine,
And the Wichita Lineman
Is still on the line.

It was not my favorite song, just the one that popped into my head the first time I rode the bike to school. Having negotiated the two miles without crashing or causing people to run away as if fleeing a tidal wave or, more to the point, Godzilla, I stayed with “Wichita Lineman,” like a ballplayer on a hitting streak who wears the same underwear day after day.

Robert Timberg is the author of several books including Blue-Eyed Boy, The Nightingale’s Song, John McCain: An American Odyssey, and State of Grace: A Memoir. A 1964 graduate of U.S. Naval Academy, he served with the First Marine Division in South Vietnam from March 1966 to January 1967. Timberg worked at the Baltimore Sun for more than three decades as a reporter, an editor, and a White House correspondent.

Farewell to the Modoc and freight-hopping advice from hoboes

A Meditation on the Planet Earth

One thought on “Blue-Eyed Boy – A Memoir”