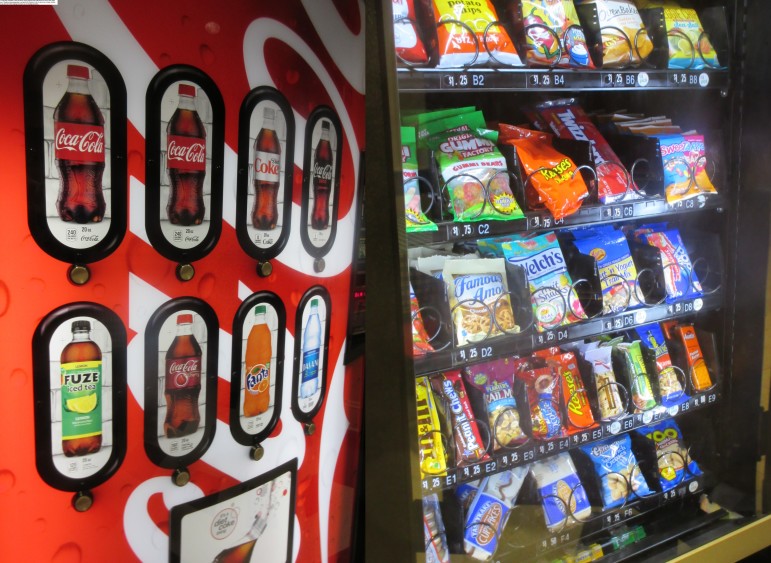 Vending machines on the ground floor of the State House. Photo by MarylandReporter.com

By Alessia Grunberger
For MarylandReporter.com

Vending machines are stocked with many guilty pleasure snacks and beverages. But people might see less of these traditional snacks and drinks in certain areas if the legislature passes HB 1498.

The bill would require that at least 75% of packaged food and beverage options on state owned or managed grounds meet a healthy standard, said bill sponsor Del. Antonio Hayes, D-Baltimore City, when he introduced it to the House Economic Matters Committee on Wednesday,

Parks and recreation centers, state colleges and universities, roadside rest stops and government office buildings are some of the state-owned and state-managed grounds that would be affected under this measure.

Under this bill, a healthy beverage cannot exceed 40 calories — except for certain skim and 1% milk and some juices with no added sweeteners. A healthy food must not exceed more than 200 calories per package and 0.5 grams of trans fat per serving, among other restrictions. A vending machine operator must clearly display nutritional information that consumers can review prior to purchasing a food or beverage.

In addition to stricter nutritional standards, the bill also requires healthy food be featured in a specific and prominent place within the vending machine. If food and beverage operators are in violation, they are subjected to fines of at least $100 to at least $1,000 for five or more offenses in a six month period, and could lose the option to operate a vending machine on state property.

Advocates say this is an important measure that this legislation could take to reduce obesity, diabetes and other health-related problems.

Sugar Free Kids, a statewide coalition dedicated to fighting and reversing childhood obesity and teenage diabetes, has been at the forefront of this fight.

“In Maryland, we’re facing epic rates of chronic disease — obesity-related, diabetes-related disease,” said Robi Rawl, executive director of Sugar Free Kids Maryland. “One of the most important things that the Institute of Medicine, the CDC, the Heart Association and other national experts say that we can do is simply provide healthy food choices on government property.”

“And this bill does just that,” she continued. “It adds healthy choices to vending machines on state owned and operated property while ensuring that those traditional favorites like Doritos and Coke and Snickers will still be there. Now everybody could find what they like.”

For Rawl, along with other proponents, including MedChi (the state medical society), the NAACP and the American Heart Association, passing this bill would give people more of a choice.

“Right now, there is no choice,” Rawl said. “Often the choice is to go hungry or to eat an entire day’s worth of calories, salt, fat, sodium in one snack. You can’t make a healthy choice if one is not in the machine.”

Opponents of the bill think replacing 75% of these foods and beverages does not give consumers more choice — rather, it limits it.

“We just think that this bill is a tremendous government overreach,” said Ellen Valentino, executive vice president of the Maryland-Delaware-D.C. Beverage Association. “It gives massive restrictive parameters on what can be sold to adult venues.”

She said there are new non-traditional drinks available that consumers might want, but if a machine has 10 slots and seven of them are required to be water or low-fat milk, then there are only three slots for other beverages. As a result, there will not be a large variety.

Valentino also said that the beverage association members are doing more to include healthy beverage choices, including voluntarily placing clear calorie labels on the front of bottles, cans and packs and placing calorie awareness signs on vending machines, fountain equipment and retail coolers in Maryland and other states.

“We are providing consumers with more choices, smaller portion sizes, and fewer calories than ever before so that they can make the choice that is best for them and their families,” she said.

In addition to restricting choice, opponents say that this measure not only targets vending machine operators, but also negatively impacts profits.

“To be limited by choice and taking the choice away from everyone is going to destroy sales in vending. So our sales, and we’ve done tests before, could be cut in half,” said Scott Meskin, president of Black Tie Services, a family-owned Breakroom Service Provider. “By limiting the items in the vending machine is really just targeting vending companies. They aren’t limiting what’s being sold in the hot dog stand right outside the courthouse. They aren’t limiting what’s being sold in the convenience store right next to the courthouse.”

When first introducing this bill to the committee, Del. Hayes warned that opponents such as vending machine companies would associate these food and beverage changes with a decrease in profits.

“They will make it seem that people will only buy less healthy items,” he said. “They should read their own trade publications, which all say that healthier items are all selling like crazy.”

“We continually miss giving consumers the opportunity to eat in a way that would promote good health,” said Barbara Hoffstein, a volunteer state policy representative for the Maryland Academy of Nutrition and Dietetics. “Because of this, we increase our health costs. But a lot of times the people who are paying for health care costs are the community, the taxpayers.”

According to Hoffstein, who surveyed the vending machines in the Senate building, only 1 of the 26 choices met the qualifications for a healthy snack — peanuts. As for the beverage vending machine, only water qualified.

“There is reason the underserved in this country are more obese and sicker than the rest of our citizens,” Hoffstein added. “They don’t have access to healthy food and they need more education about healthy choices. Are you imposing the same fate on yourselves and your staffers by providing food-desert style vending machines?” 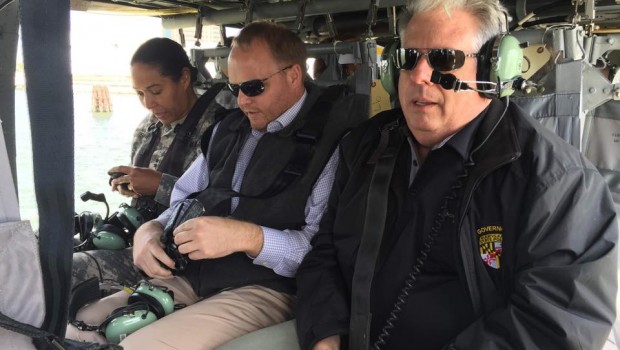 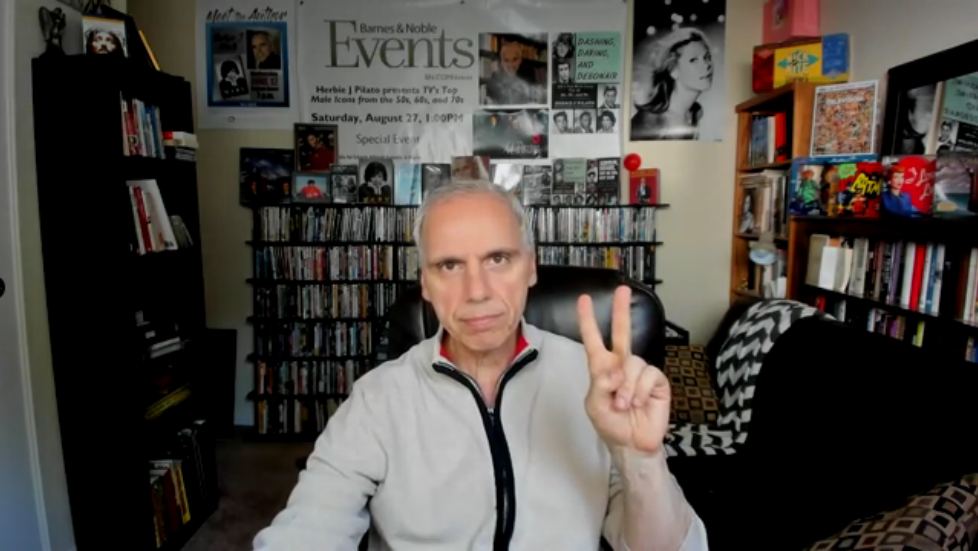 A Plea for Peace