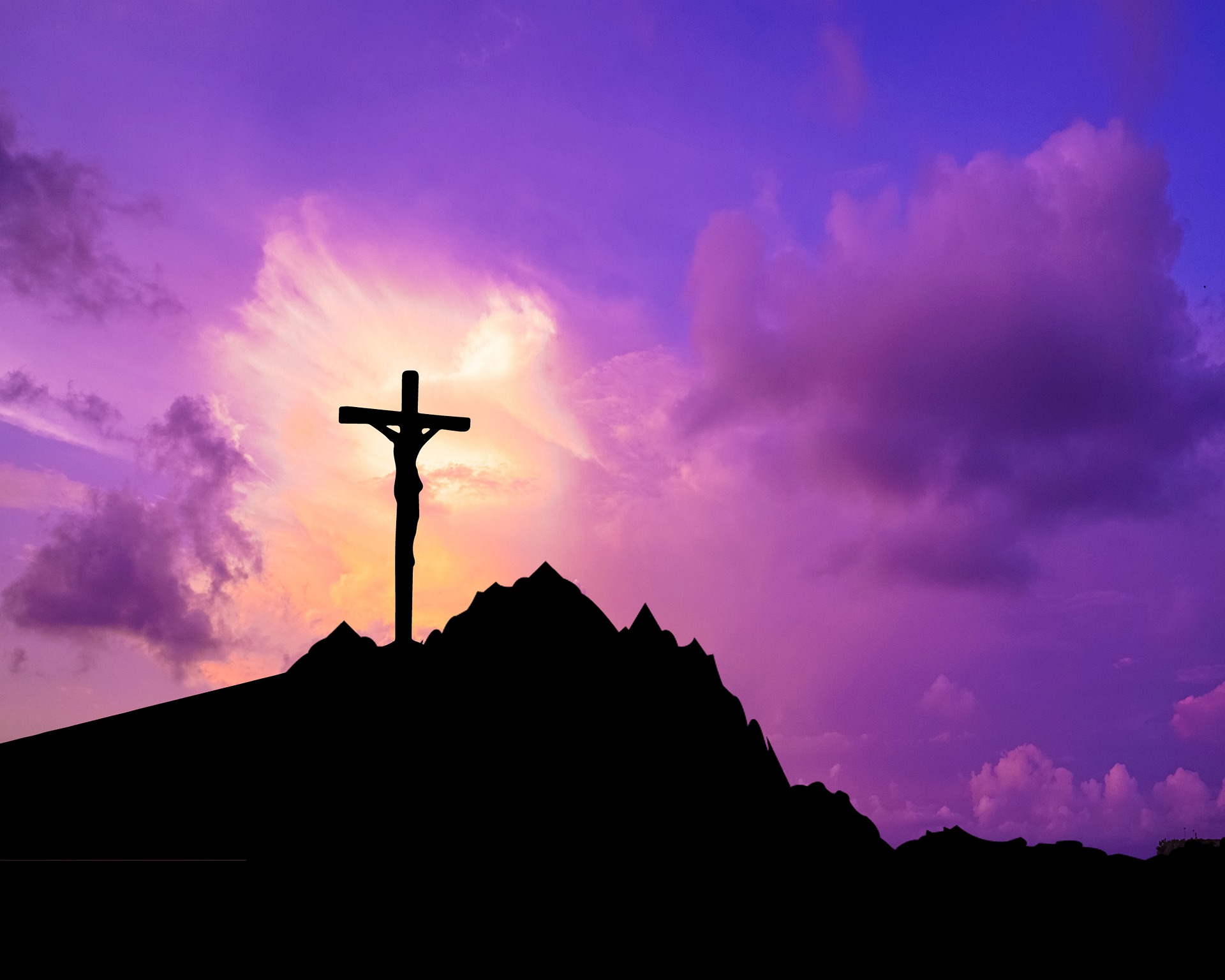 Christians believe that the crucifixion of Jesus was the ultimate sacrifice for our sins. (Image by Briam Cute from Pixabay)

King Solomon built the first Jewish Temple. When completed, a dedication ceremony took place. At the ceremony, the Hebrews made sacrifices. The Bible tells us, “the people offered sacrifices before the LORD” and that “king Solomon offered a sacrifice…” (2 Chronicles 7:4-5).

The Bible does not tell us how many people came with a sacrifice. Still, it would be safe to say, from what we know from other sacrifices made at the Temple, that tens of thousands came to offer a sacrifice. King Solomon’s sacrifice was enormous – 22,000 oxen and 120,000 sheep.

Suppose each family brought one or two animals (which, down through history, was the norm). More than 250,000 animals were probably sacrificed at the Temple that day.

It was a bloodbath. Imagine the priest as the slaughter assembly line was in full swing. As sunset fell, I can imagine priests all around Jerusalem, their clothing soaked in blood, collapsing at home from exhaustion.

Think of the smell, all the blood and carnage would bring. The aroma of blood and death must have permeated the air.

It was a happy day, a celebration, but death surrounded them.

So it is with life. Death intertwines with even the happiest life. It begins in youth – usually, a grandparent or the family pet start the death parade. Then, a friend with cancer, a coworker in a car accident, someone else tragically commits suicide. Eventually, we attend the funerals of those very close to us – our parents, siblings, and others. As we watch the news, we may not know anyone involved. Still, there is a murder, a construction accident, a crash on the interstate, a fallen soldier, some news of death every night.

As we drive around, we pass a cemetery or graveyard, pull to the side as a funeral passes. Even if it does not affect us directly, death is all around us regardless of our age.

The Temple’s blood flow on dedication day is only a picture of the ghastly death of Jesus Christ that would come centuries later.

The bloodshed of Christ begins with the scourging – the whipping from a cat-of-nine-tails.

A cat-of-nine-tails is a whip with nine leather strands. Woven within the strands are pieces of metal, glass, gravel; anything hard and sharp. Ripping and tearing are the intentions of these additions. Christ would have stood with His back to His flogger. Some strands of leather would land on His back; others would wrap around to His front. The sharp objects within the nine tails would dig into His torso, getting stuck there. The scourger would need to yank to pull the whip away. This sudden pull would thus rip the flesh away from around His torso. Some of it would leave a larger hole in Him as it ripped out, some pieces would move along the flesh, cutting it open as it goes, similar to a can opener cutting open a can.

They whipped Christ thirty-nine times. Forty was considered a death penalty. Usually, after forty whips, a prisoner was left to bleed out; it would not take long. Pilate did not think Christ was guilty, but the crowd wanted Him dead. Pilate, therefore, took Jesus to the brink of death in hopes of appeasing the mob and set Christ free. Pilate’s plan did not work, as the crowd yelled, “Crucify Him! Crucify Him!” Pilate consented.

Those sentenced to crucifixion would have their crosses strapped to them and drag them to Mount Calvary, a one-kilometer (.62 mile) walk. The cross would have weighed about 300 pounds. The crossbar alone would have weighed around 80 pounds. Jesus, already bleeding profusely, was in a weekend physical state. Simon, a man of Cyrene, is chosen from the crowd to carry the cross for Him.

Once on Golgotha, the cross was laid down, and the prisoner nailed to it. The equivalent to a railroad spike was driven through each hand and then through both feet, nailing Jesus Christ to the cross. The cross was raised upright and dropped into a hole. Many medical experts believe this dropping of the cross into a hole would cause ligament and tendon damage from the sudden jerk.

Then the waiting began.

Death by crucifixion is death by suffocation. The outstretched arms position over time begins to pull on the lungs, making it harder to breathe. The Roman crosses had a small poll protruding from them, inches below the feet. This poll gave a small amount of immediate relief but was there to increase the torture. Someone hanging on a cross would use this pole to push up with their feet. As their chest leveled out with their arms, they could breathe. As prisoners moved up and down to get air, the duration of their crucifixion was extended by hours.

On the day Jesus was crucified, in an attempt to get everything done by sundown, the Centurion gave the order to break the legs of the three men hanging on crosses. With broken legs, they could no longer push themselves up for air and, therefore, suffocate in a matter of minutes.

When they came to Jesus, He was already dead, so they broke not His legs. At this moment, a soldier runs a spear through Jesus’ side – removing any doubt the soldiers did their job.

On crucifixion day, there was not the amount of blood as in Solomon’s day. However, the precious blood shed on crucifixion day is the sacrifice God the Father made for our sins.

We are sinners, separated from God, and there is only one thing that will appease the Father and cleanse us from our sin – the blood of His Son.

1 Who hath believed our report? and to whom is the arm of the Lord revealed?

2 For he shall grow up before him as a tender plant, and as a root out of a dry ground: he hath no form nor comeliness; and when we shall see him, there is no beauty that we should desire him.

3 He is despised and rejected of men; a man of sorrows, and acquainted with grief: and we hid as it were our faces from him; he was despised, and we esteemed him not.

4 Surely he hath borne our griefs, and carried our sorrows: yet we did esteem him stricken, smitten of God, and afflicted.

5 But he was wounded for our transgressions, he was bruised for our iniquities: the chastisement of our peace was upon him; and with his stripes we are healed.

6 All we like sheep have gone astray; we have turned every one to his own way; and the Lord hath laid on him the iniquity of us all.

7 He was oppressed, and he was afflicted, yet he opened not his mouth: he is brought as a lamb to the slaughter, and as a sheep before her shearers is dumb, so he openeth not his mouth.

8 He was taken from prison and from judgment: and who shall declare his generation? for he was cut off out of the land of the living: for the transgression of my people was he stricken.

9 And he made his grave with the wicked, and with the rich in his death; because he had done no violence, neither was any deceit in his mouth.

10 Yet it pleased the Lord to bruise him; he hath put him to grief: when thou shalt make his soul an offering for sin, he shall see his seed, he shall prolong his days, and the pleasure of the Lord shall prosper in his hand.

11 He shall see of the travail of his soul, and shall be satisfied: by his knowledge shall my righteous servant justify many; for he shall bear their iniquities.

12 Therefore will I divide him a portion with the great, and he shall divide the spoil with the strong; because he hath poured out his soul unto death: and he was numbered with the transgressors; and he bare the sin of many, and made intercession for the transgressors. 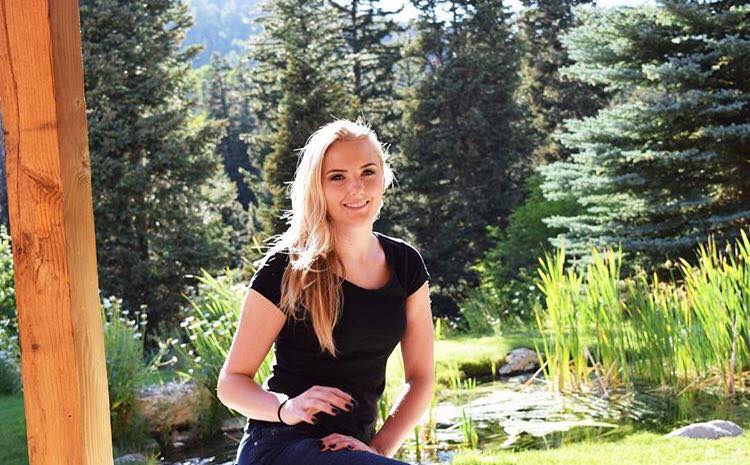 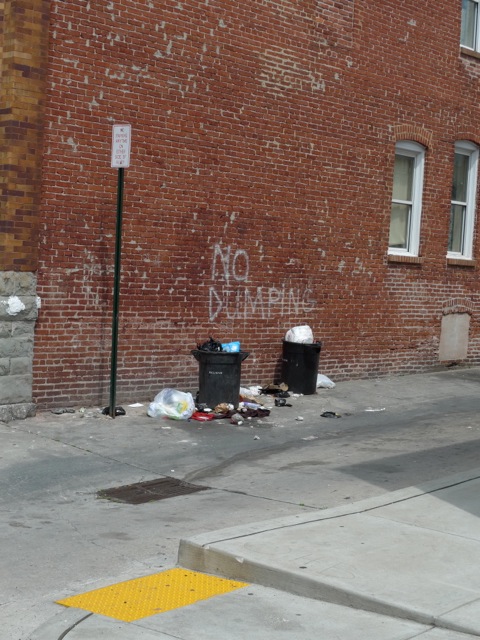