What are ‘community schools’?

Community schools integrate the personal and academic aspects of student life into one learning environment to improve overall performance. The schools also offer personalized curriculums and are open to everyone – all day, everyday, weekends and evenings.

“We can do this Baltimore. We can fund our schools! Let the Baltimore City Council hear our demands,” English said.

“What do we want? Community Schools. When do we want them? Now,” the crowd continually shouted.

Baltimore City public schools have about 85,000 students and a budget of $1.3 billion, $900 million coming from state taxpayers

“Communities know their schools, and when the school in that community rises the community rises,” said Chris Battaglia, principal of Benjamin Franklin High School at Masonville Cove.

Benjamin Franklin High School located in the Brooklyn – Curtis Bay area once struggled with gang violence, teen pregnancy, and drugs but has made considerable improvement since receiving funding to become a community school in 2011. The school’s 91% increase in enrollment, decrease in suspensions and top five percentile SAT/ACT scores were referenced by Battaglia.

“I’d like to say thank you to Mayor Stephanie Rawlings- Blake. She funded community schools before…but we need her and her colleagues to do it again,” Principal Mark Gaither of Wolfe Street Academy said to the members of the council.

The rally was attended by a couple of members of the Baltimore City Council.

“I stopped by on behalf of my colleagues” said Councilman Carl Stokes of the Baltimore City Council 12th District, “…we believe every student should have the ability to have a great class day and beyond the class day.” 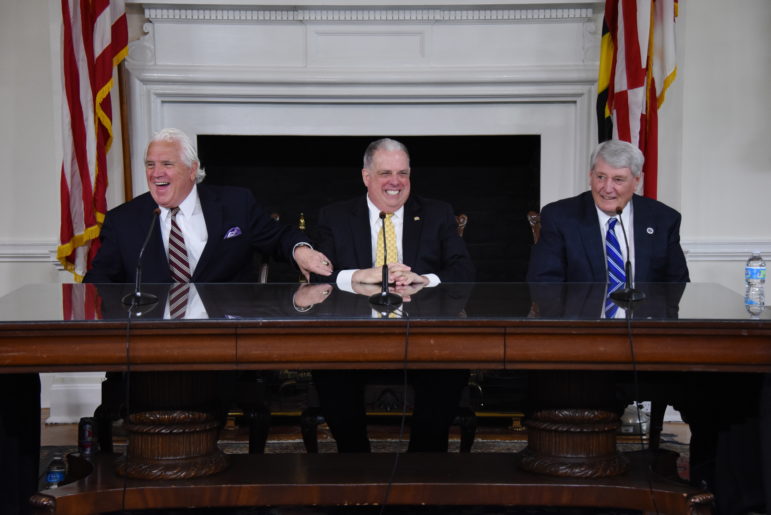