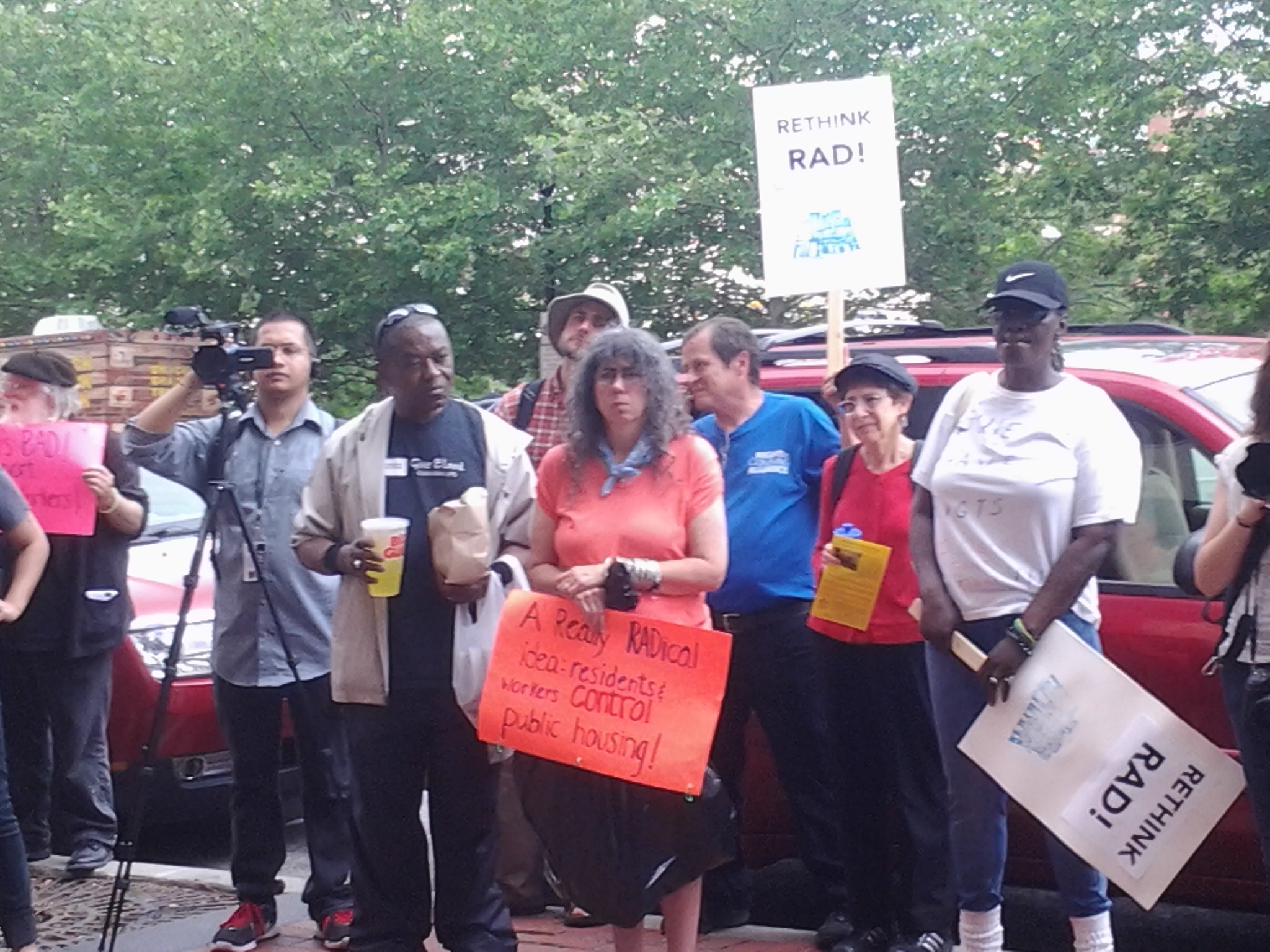 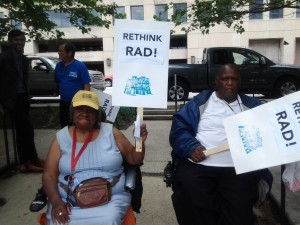 They protested Baltimore’s joining the RAD program. RAD stands for Rental Assistance Demonstration. It’s a federal program piloted in Baltimore. The program operates by converting public housing subsidies into Section 8 subsidies that are attached to developments.

RAD consists of two components that allow  financing tools to be applied to at-risk public and assisted housing and has two components, according to the U.S. Housing and Urban Development. The components allow:

“RAD is a central part of the Department’s rental housing preservation strategy, which works to preserve the nation’s stock of deeply affordable rental housing, promote efficiency within and among HUD programs, and build strong, stable communities,” accourding to HUD.

However some residents claim RAD and the privatization of public housing will create more homelessness. Members of the local union, AFSCME Local 647 also joined  the picket line fighting for jobs. At least 200 people who work at the Housing Authority may lose their jobs under RAD.

Mary and Tim, were among 60 protesters. They  took the bus downtown in their wheelchairs because of the importance of this to them. 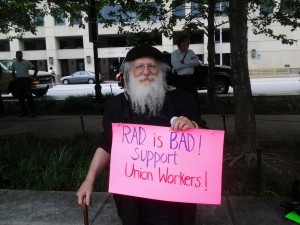 Long-time warrior for affordable housing, Jeff Singer joined in with his own handmade sign which read “RAD is BAD. Support Union Workers.”

The goal of the demonstration was to counter the Housing Authority’s statement, “That residents support implementation of RAD and have had meaningful participation in the process.” according to Jessica Lewis with RTHA.  Lewis stated the next steps are to inform the public that this is happening and keep pressure on the Housing Authority to “Rethink RAD.”

Cheron Porter, media relations for the Baltimore Housing Authority responded to a series of questions.

How did Baltimore end up in the RAD program?

We applied and were accepted.

What are the benefits of the RAD program?

Bringing buildings up to date. Housing didn’t have the funding to do this. Many senior buildings have elevators that don’t work properly. The money from RAD can help us fix this. It will also ensure that BROWN OUT conditions where no air conditioning is on will not happen.

Is there any truth that RAD will make residents of the buildings in the Program homeless?

The residents will be able to stay in their building and their rent will be the same. They may experience the inconvenience of having to move to another unit during repairs and renovations.

What about job losses under RAD?

The developers are interested in hiring the existing maintenance and staff of the buildings. We are working with AFSCME locals 647, 2969 and 4007.

Mexican Pot Pie and a smash hit from The Pioneer Woman 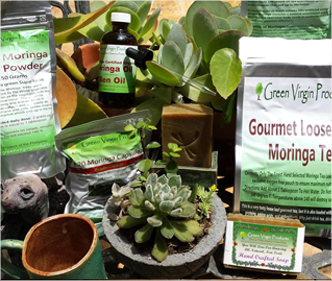 Moringa is Green Tea at its best