On April 19, 2013, many schools across the nation will participate in an event called The National Day of Silence.  The Day of Silence is touted by the group, the Gay, Lesbian and Straight Education Network (GLSEN) as, “a day of action in which students across the country vow to take a form of silence to call attention to the silencing effect of anti-LGBT bullying and harassment in schools.”

Bullying has become a hot-button issue, with even President Obama weighing in on the topic.  But some Arundel High School students and their parents may be shocked to learn of a questionnaire that was slated to be handed out during homeroom lessons on April 17th and 18th.

The Heterosexual Questionnaire, which was prepared by the Maryland public school’s Gay-Straight Alliance (GSA) and the club’s advisor, Alyssa F. Fenix, would have asked the entire student population the following questions:

The questionnaire also provides students with a brief “Question and Answer” section titled: Did you know? The following are those questions and answers:

Q – What does LGBTQ mean?

A – An ally is anyone who supports people who are LBGTQ.  Someone that shares the belief that they deserve to be treated equally and are willing to stand up for them.

The students were to complete the Heterosexual Questionnaire while they were sitting at their desks.  Discussion questions for the class included: “How did those questions make you feel?” and “How would it make you feel if who you are was used as an insult?”

As this story was being prepared for publication, the GSA advisor Alyssa F. Fenix, Special Education/English Teacher at Arundel High School abruptly amended the curriculum to remove the Heterosexual Questionnaire. The Baltimore Post-Examiner received several emails regarding the subject of which portions are published in this article.

In an eleventh-hour email to Arundel High faculty and teachers, Fenix said:

“First of all, due to the confusion over the relevance and delivery of the surveys in the CATS lesson, the CATS lesson has been revised to not include the survey.  Please set the surveys aside and an administrator will be around to collect them during 1st period to prevent any confusion or misdirection.  The focus of the survey was more of an opener to start the discussion.  LGBTQ individuals get asked personal questions everyday and the survey was to try to turn the questions around and have students reflect on what being asked those questions feels like.  I worry that the misunderstanding could render the point to be completely ineffective.  So please check the shared drive for the revised CATS lesson.  Thanks for being flexible and sorry for the confusion.”

Presenting such a questionnaire to students in moderate-to-conservative Anne Arundel County was likely to revive the debate about how far a school may push the boundaries of  the community it serves.  An earlier email from Fenix seems to have anticipated one potential problem, stating that some teachers and some students would be uncomfortable with the lesson plan.

Sent to the faculty on Monday, April 15 at 3:05 p.m. with the subject line – Courageous Conversations – the email reads:

“I understand some teachers are concerned or perhaps nervous about the topics to be discussed during Wednesday and Thursday’s CATS lessons. The theme of this week is Equally Human brought to you by GSA, which is the Gay Straight Alliance. It’s all about treating people equally regardless of their identity. I understand that it is often an uncomfortable topic for some teachers and some students, and I urge you to step forward with your questions on how to best approach the issue. I also recognize that this topic can be super sensitive to people due to their religious or political affiliations. The point of this week is not to promote a certain lifestyle, but it is more about getting students to recognize that their words hold a lot of power and that little things like saying “That’s so gay!” or asking LGBTQ individuals silly questions like “When did you choose to be gay?” can make people feel isolated and silenced everyday of their high school career, and beyond that. There is a major stigma that still exists around the LGBTQ lifestyle and the accusation or persecution of students having that identity can be enough to increase drop out rates, raise school violence (bullying and self-defense), and sadly enough sometimes result in suicide or malicious hate crimes. The point of this email is not to sway you to teach something you don’t agree with, but to help you advocate for maybe that one or two students in your class that isn’t always given a voice or a fair chance. Please, Please, Please, come to me with any questions or concerns, and I can work with you so that you’re not teaching something that makes you uncomfortable but allows you to be still exposing students to the overall theme of “All students deserve to be treated equally and feel safe here at Arundel.”Believe it or not, I’ve had several students from GSA share with me when a teacher has made them feel safe and supported in their class, even saying they feel like that teacher “totally has their back. That’s pretty amazing, and you’ve already made it worth it for those students to come back to school each day. So keep it up! I appreciate the support I’ve witnessed so far and am eternally grateful for you all helping to create this safe climate here!”

A follow-up email was sent at 3:35 p.m. that same day by Luke Wilhelm, School Counselor at Arundel High, advising teachers that other counselors would deliver the lesson for those teachers who chose to defer.

“I wanted to send a quick follow up to Alyssa’s last email in regards to the CATS lessons for Wednesday and Thursday. Myself and a few other counselors are volunteering to deliver these CATS lessons for your class if you would prefer not to deliver them yourself. Just let us know! Also, feel free to use us (counselors) as a resource if you wanted to discuss the lessons beforehand.”

While these emails clearly state that provisions are available for teachers who are, “uncomfortable” or may be, “super sensitive… due to their religious or political affiliations”, no such provisions have been made for students who might also be made uncomfortable by the curriculum and the questionnaire.  At the conclusion of the second day’s lesson, teachers are instructed:

“Ask students who thinks they would be interested in signing up to participate, tell them they can sign up outside of the cafeteria during WCH or between classes in Mrs. Fenix’s room.”

Some educators view diversity lessons as having the unintended effect of promoting  discrimination against students who, for reasons of faith or personal conviction, do not endorse the homosexual lifestyle.  Asking students to publicly sign up to participate in the Day of Silence will certainly draw attention to those who choose not to take part.  Others see these lessons not as illuminating but rather as a form of indoctrination.

It is clear from the abrupt decision to amend the original lesson plan that it was feared that inclusion of the Heterosexual Survey would have set off a firestorm.  What is not clear is how such a lesson was ever seriously considered or who in the school’s administration signed off on the original curriculum.

This is not the first time Anne Arundel County high school teachers and students have made the news over a contentious issue. On January 2, a half-dozen Annapolis High School students skipped class to join in a counter-demonstration against members of the Westboro Baptist Church.  Protesters from Westboro Baptist were picketing proposed legislation to sanction same-sex marriage.  The students from Annapolis High School reported that their first-period history teacher had endorsed their idea to skip class and join the counter-demonstration.

Editors note: The Baltimore Post-Examiner learned of this story late Tuesday afternoon; too late to contact officials at Arundel High.  However, the quoted documents speak for themselves.  All quotations are reprinted exactly as they appear in the original Arundel High School documents. 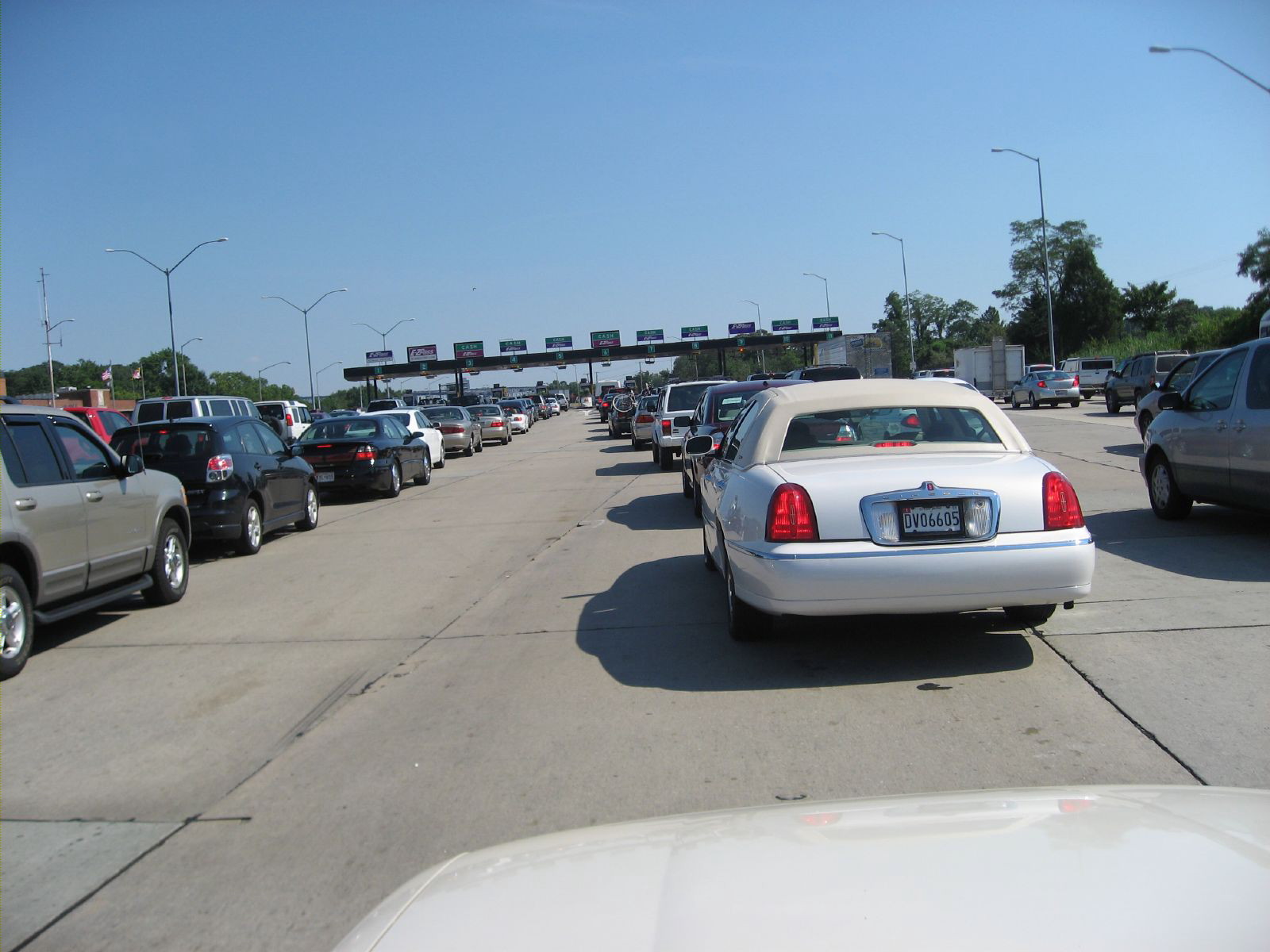 Bay Bridge No. 3 and the unfunded costs

Megyn Kelly with her blackface preposterousness, the Pittsburgh synagogue shooter, and the pipe bomb maniac claw at our national sensitivities