We are one-fourth the way through the year and already it is much different than last year. A year ago, our president was bragging about his television ratings for his daily press briefings while claiming everything was under control as far as COVID-19 was concerned. Today, we have a new president who gets results despite being left with a mess from Agent Orange. In another month, 200 million citizens will be vaccinated while Trump’s supporters will be waiting for the arrival of the warm weather he claims will knock out the virus.

One thing that has not changed is your favorite April Fool has a new batch of fan mail to share with you. Enjoy.

Dear Jim,
Do you see any humor in the blockage of the Suez Canal? To think that one ship has caused a halt to ten percent of the world’s trade is funny in today’s world of technology.
Laughing About It

We are all laughing now, but believe me, we will be screaming mad when the cost of freeing the ship and lost revenue is passed onto us consumers. Think of it like this. If ten percent of the world’s trade relies on the Suez Canal, it is reasonable to expect a minimum of a ten percent increase in the cost of any product that passes through there.

Perhaps a better solution would be to use some of the horrific amounts of missiles and bombs waiting to be used on warring factions in the middle east to blast a wider canal, so this doesn’t happen again.

Dear Jim,
Am I missing something or has the GOP gone completely off the rails with their push for voter suppression laws?
Baffled

Don’t be. The GOP hitched their wagons a year ago to a guy who claimed all was well while thousands were dying every day from a virus they claimed was not real. They got their asses handed to them in November because of record voter turnout that showed just how much the GOP fell out of favor. It makes perfect sense for the GOP to say, “If we can’t beat them, ban them.”

The GOP is nothing more than an exclusive club of white Christians who are openly content to claim people of color, women, and all marginalized groups do not deserve the right to life, liberty, or the pursuit of happiness. They know the only way they can win national elections is by going back in time and making it as difficult for the disenfranchised to have their vote counted. If they succeed, I fully expect the next thing on their agenda will be going back even further and counting all these people they hate as merely two-thirds of a human.

For me, the saddest part of all of this is not that this is their political approach, but rather, it is an approach embraced by millions of hate-filled Americans. It shows how deep racism runs and how hard it is to eradicate. Laws do not change how people think or how they see other humans. It is why racism is impossible to stamp out and why it is more important than ever to not get lazy and assume everything is hunky dory now that Biden is in the White House. Our laziness got us to where we are today, and it is imperative we never get this way again. The evils of racism need to be talked about in more than just the homes of those most likely to be its victims. It must also be talked about in the homes of those who have no stomach for it, but who are the beneficiaries of a more privileged life.

Dear Jim,
With the recent spate of mass shootings, is there any hope for real gun control legislation that will help stem these senseless killings?
Anti-Guns

Don’t get your hopes up. Look, if we were unable to prevent the proliferation of gun purchases after the shooting of President Reagan, odds are we won’t now. If Columbine, Aurora, Sandy Hook and the scores of other locations where mass shootings have taken place can’t result in significant gun legislation, these recent shootings won’t either.

Now to really put a damper on your question. Let’s just say a major gun law is passed and signed into law, one that makes buying a gun significantly harder and limits the types of guns and ammunition a person can buy. Do you really believe the Supreme Court in its current make up will uphold such a law?

Fortunately, we won’t feel such disappointment because the NRA has too many politicians in their back pocket and not all of them are Republicans.

Consequently, all we will get is something President Biden signs that is simply symbolic but has no teeth to it.

Dear Jim,
How do you feel about the reopening of schools now that most states have begun doing so? Are we putting our children at risk all because parents are tired of having their children at home? You were a teacher, surely you have an opinion.
Confused

As said in the film Airplane, please do not call me surely. That said, here are my thoughts on your questions in order of importance.

I do not like the idea of schools opening back up because since they have in my community, the amount of traffic on the streets has increased dramatically when I leave home for a bike ride. It didn’t take any time for me to go from sailing through one green light after another on empty streets to being stopped at one red light after another and I do not appreciate it. At least have the decency to start the school day around noon when I am finished with my ride and when most kids are awake.

Yes, we are putting kids at risk. However, before COVID-19, our kids were at risk of being shot by mass shooters, bullied, jumped into gangs, and placed into educational groups based on meaningless academic test scores that do nothing but drive our canned approach to teaching. Kids will survive, for the most part. However, teachers may not.

One year, my principal informed me I was going to have a student teacher work under me. As it turned out, the guy was an incredible teacher and in little time was able to run a class on his own. As a result, my workday was teaching three periods followed by my prep time, lunch, and then three periods of my student teacher teaching class. It doesn’t take time for a teacher to get used to a schedule like that and when the year ended and summer followed, I was the most relaxed teacher on the planet.

Unfortunately, the following year, I agreed to teach an extra period which meant I did not have any prep time. I also did not have an incredible student teacher for half the day. Instead, I had what was the longest year of my teaching life.

Once the dust settles and schools fully open back up, mark my words, there will be teachers screaming for their mommies in no time. They will be brought to their knees by all the other nonsense that teachers put up with in a social setting like a packed classroom. There will not be enough sick days for teachers to burn through and even if there are, good luck finding anyone desperate enough to sub in what will essentially be a zoo.

All this reminds me of one of the parents of one of the more socially disturbed students I ever had the pleasure of teaching. After I spoke with her about her son’s horrifying behavior, she looked me in the eye and said, “Mr. Moore, the happiest moment of my day is watching my son walk out the front door and head to school. My worst moment is when that door opens and he returns home. In between, he’s your problem.”

I have seen the future, and for teachers, it isn’t pretty.

Dear Jim,
Did I read correctly that USC paid over 1 billion dollars to settle medical lawsuits for what amounted to sexual assaults on female patients? How is this even possible?
Pissed

You read correctly and have every reason to be angry. It’s not because of the amount or that the cases were settled out of court, but because USC won’t feel the cost of the settlement in any negative way.

Keep in mind, this is the University of Spoiled Children, so school administrators have no problem tacking on the cost of the settlement to things like tuition, student services, and pretty much all things student related.  In this way, it is no different than a ship blocking the Suez Canal. The cost will filter down to the people who can least afford it and the school’s profit margin will remain intact.

A degree from USC will remain just as valuable despite this lawsuit. Afterall, this was the result of a physician first and foremost. Whether the university tried covering it up is no longer relevant because a settlement does not come with an admission of guilt. It is just the cost of doing business in the eyes of administrators and attorneys, two of the lower life forms on this planet.

Now, keep in mind, USC was one of the universities involved in parents fabricating their kids academic and nonacademic accomplishments as part of a pay to get in scandal. While these scams were the doings of individuals, clearly universities failed to sufficiently check student applications. In other words, integrity does not run deep at institutions like USC.

Finally, there is an athletic component to all of this. A school that can afford to pay over 1 billion dollars to make horrific claims go away is unable to pay student athletes a dime for the revenue they generate for them. They also cannot afford to fire a mediocre coach like Clay Helton because of a buyout in the 20-million-dollar range, but they can pay over a billion to move on from the horrors they may well be responsible for.

So, the next time you are watching the USC Trojans play football on television and a slick commercial is run touting all the great stuff the university does, remember, it pales when compared to the fact they, as much as any university this side of Penn State, represent the worst in higher education.

Fight On! I can think of another two-word saying that begins with the letters F and O that is better suited to USC.

All right, until next month, may April showers bring you lots of colors and few allergies. Until then, keep wearing that mask, get some shots, and enjoy some nice spring weather. 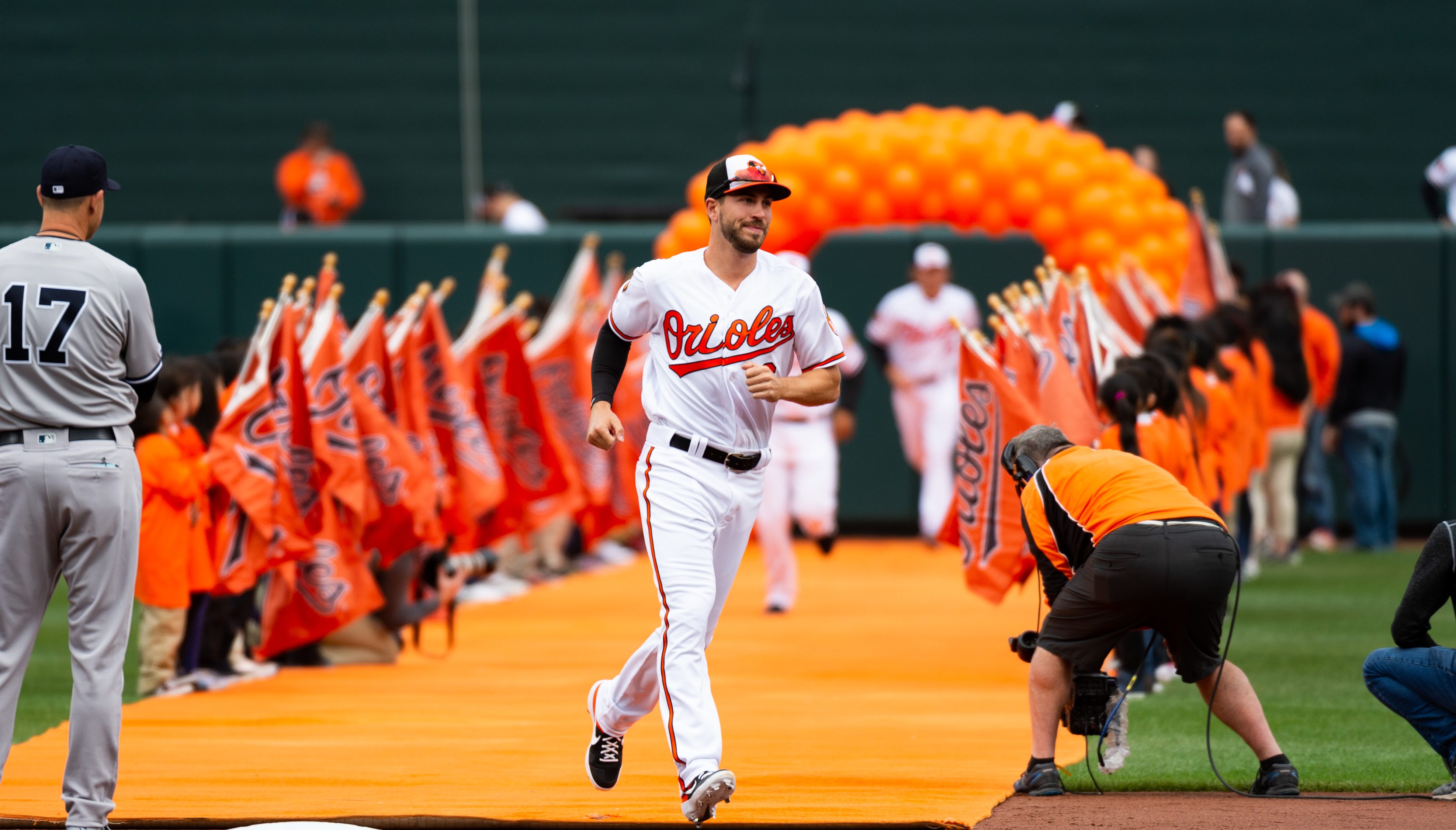 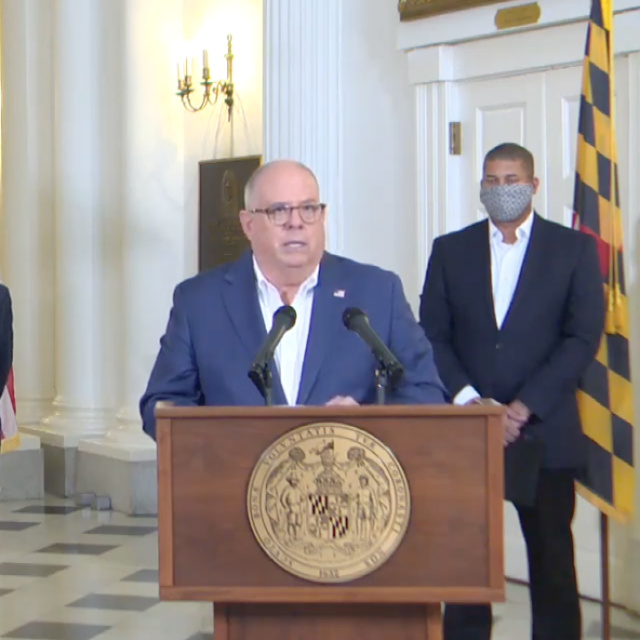 Hogan: ‘We are seeing positive signs of cautious optimism’