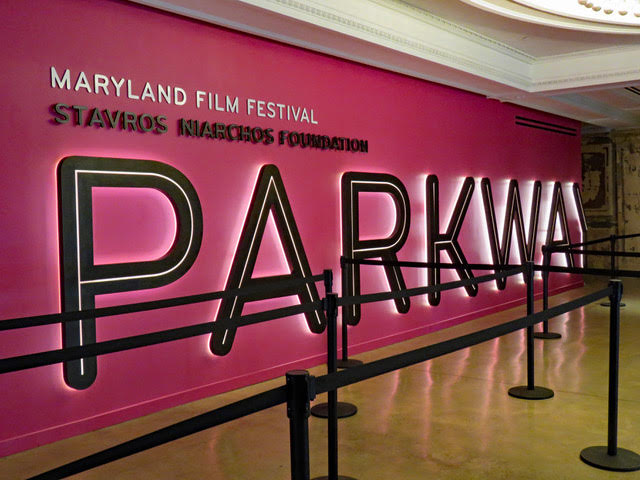 I interviewed Megan Fredrich at the Maryland Film Festival, Parkway Theatre, in Baltimore on Friday. She is the producer of an “all-archival short” documentary, entitled: “Deborah Harry Does Not Like Interviews.” It was making its world premiere at the festival.

Back in the 70s thru the 90s, the subject of her short documentary, Deborah “Debbie” Harry, aka, “Blondie,” emerged as an acclaimed pop singer with a popular band. She also appeared in many films and TV programs in the UK and U.S., and other countries as well. Harry was still recording and selling successful songs as late as 2017.

In fact,  Harry had a big part in one of John Waters’s very successful flicks, “Hairspray.” It became a monster hit both in the movies and on stage as a musical. By the standards of the day, Ms. Harry was an international celebrity.

Fredrich’s documentary focused on the many years, during Deborah Harry’s career, that she had to endure interviews which lacked any real substance and/or merit. They were often too full of “superficial, tedious, and demeaning questions from journalists.” It is then that Ms. Harry, herself, Ms. Fredrich revealed, “devised a brilliant way to turn interviews on their head.”

I found Fredrich’s keen insights into Harry’s situation and her documentary on it –  compelling.

In the interview, Fredrich also touched on her experiences, ideas and the people who have influenced her artistic endeavors to date. She also talked about her plans in the film-making arena. Fredrich currently lives in Boston.

Getting back to the festival, it’s getting bigger and better every year! In fact, its program ran up to 96 pages this time around. The festival is celebrating its 21st year. It touched so many bases, film genres and talent pools, it needed over 320 volunteers to keep things moving. I think its promo: “4 Days & 5 Nights with 100 + Films for Everyone,” is right on the money!

Keep up the good work – Maryland Film Festival! To learn more about it go to https://mdfilmfest.com/festival/

Rowing on the Occoquan River at the Al Urquia Regatta, Sandy Run, VA

Super Bowl LIII: Sit back and watch history in the making