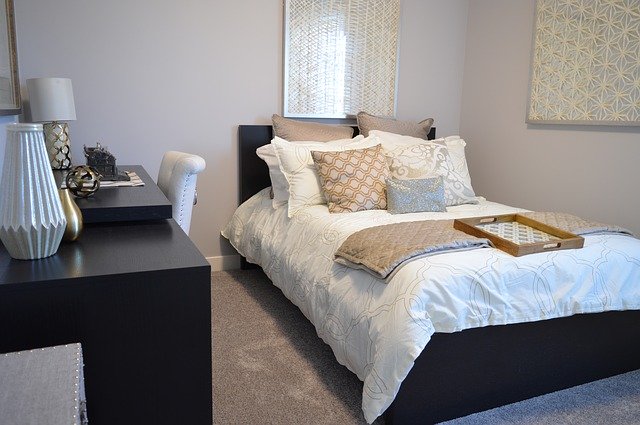 An excellent duvet is one that will keep you warm and cozy during the coldest nights, and also comfortable during the excessively hot summer ones. However, due to the many options out there, it tends to be hard for many to pick the right new duvet. Which one do you pick, down or an alternative? Baffle or channel construction? What does fill power mean? According to the experts at Cuddledown.com all of these are questions that need answers when it comes to picking the right duvet. Luckily for you, this read is going to address all this and more to ensure you make an informed decision.

Take a look at the perfect bedding.

Duvet vs Cover vs Comforter

It’s easy to confuse between these three terms as they are usually used interchangeably. However, there are notable differences between the three.

A duvet is solid white bedding, filled with down or an alternative and is used to provide comfort and warmth. Duvets may ideally be referred to as down comforters, but the term comforter is typically used to describe warm bedding that’s patterned or colored, as opposed to pure white. Comforters are usually filled with a synthetic material, although it’s not uncommon to come across some that are filled with down.

A duvet cover is basically a material that protects the duvet. Duvets are typically white, but the covers come in a wide array of patterns and colors. The covers are sewn shut on three sides, but the fourth one closes with a zipper, ties or huge buttons. This allows you to insert or remove the duvet as needed in an easy manner. It is not a must to have a duvet cover, but in order to keep the duvet clean and change the colors and patterns as you wish, they are a welcome addition.

A duvet’s outer layer is usually made of cotton, and similar to cotton sheets, it has a thread count that shows the number of threads present in the fabric’s square inch. A higher thread count usually means softer material (implying better comfort), but it is ideally essential as the denser weave does a better job of holding the down. You should always choose a duvet with a thread count of at least 300, but going higher means paying more. So, avoid spending extra, especially if you intend to use a duvet cover.

When it comes to duvet fillings, you are spoilt for a number of options:

The power of down is hard to beat when it comes to superior breathability and lightweight warmth. After all, geese and ducks manage to stay warm in the chilliest of conditions and so, there’s no denying this is the best filling for ultimate comfort.

When picking a down-filled duvet, be on the look for terms like ‘All down”, ”Pure Down”, and ”100% Down”. If the bedding is just labeled ”Down”‘ you might be looking at as little as 30 percent down and 70 percent feathers. Feathers are not excellent insulators compared to down, but they are way less expensive. This means that 100% down duvets come at a relatively higher price tag. Both goose and duck down are warm, but the former is fluffier, and that’s why you will find it in higher quality duvets.

If you have allergy issues, then you’ll want to pick a duvet with clean and sterilized down. This gets rid of the potential allergens, making it ideal for most people.

If you are not a fan of feathers due to allergic reactions or any other reason, then you’ll want to pick a down-alternative fill. Generally, these are synthetic materials, usually polyester, that have the same feel as down. However, you will also come across wool or cotton-filled duvets, all of which are less expensive compared to ‘All Down” and hypoallergenic. However, they tend to be heavier and less breathable compared to their counterpart.

This is a term that you will usually find labeled on the duvet’s packaging. It’s basically a measurement of the down’s fluffiness or how much space an ounce of down occupies. The higher the down’s quality, the thicker and more insulating the bedding is, meaning higher fill power. To help you make the right decision, here is a look at the generally known comfy fill powers:

-Ideal for summer use, lightweight: 400 or below

-When you require extra warmth: at least 800

This is the number of ounces of down contained in a duvet. A high fill power duvet will generally have a low fill weight. This means that a warm, high fill power bedding can actually be lighter than one meant for warmer weather because of its low fill power. A duvet’s warmth is determined by a balance between fill power and fill weight.

Bedding without proper stitching or construction gives the down space to shift, which results in pockets and lumps, rather than an even spread. To avoid this, duvets feature an array of constructions which include:

Baffle Box Construction– This the warmest and most expensive form of duvet construction. In the baffle box, there are little fabric baffles inside the bedding’s checkerboard construction that holds the down in position, while still allowing it to hit the maximum loft.

Channel– Duvets with this type of construction feature parallel seams rather than a checkerboard pattern. This paves way for the down to shift, an ideal option if you want more down across the feet or your partner likes less or more warmth on their side.

Quilt Stitching– In this type, duvets feature a quilted checkerboard look like a baffle box, only without the reinforcing fabric strips.

Gusset Construction– Duvets with this form of stitching have fabric ‘walls’ around the sides, thus giving them more loft. Duvets of this kind are often baffle stitched and tend to be superior in warmth as well.

Backup Generators – Are they worth it?

Sights and scenes from the Caribbean Festival in Baltimore