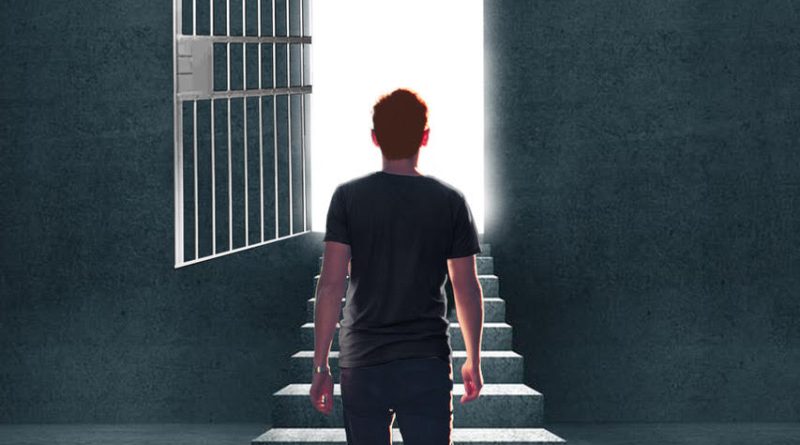 The life of Greg Lindberg, author of the new book 633 Days Inside: Lessons on Life and Leadership took a major turn in the Covid year of 2020, but not because of the virus. Wrongly convicted of bribery that year, he was sentenced to 87 months at Federal Prison Camp Montgomery in Alabama. His conviction was unanimously overturned almost two years later by the 4th Circuit Court of Appeals in 2022. Upon his release, Lindberg immediately set about writing this book about his transformation while in prison, and what he learned about fellow inmates and the American justice system.

Lindberg had built a billion-dollar worldwide company with thousands of employees across the planet before 2020. After being incarcerated, suddenly relieved of corporate responsibility for the first time in decades, With time to work on himself with few distractions, not knowing when or if he would win his appeal, he was determined to “get better, not bitter.” He constantly shared this message with fellow “cellies” at FPC Montgomery.

What follows is an excerpt from the beginning of 633 Days Inside. It summarizes areas of improvement that led to a startling personal renaissance. The principles that he employed are detailed in the book, and Lindberg is now on a crusade to share them with the world at large.

The book can be purchased at Amazon.

From the Introduction by Greg Lindberg:

My 633-day stay in a federal prison was the single most positive transformational event of my life. I turned around my health and regained some of my youth through the study of mitochondrial biogenesis. My gray hair literally turned red again, my memory improved, and my body now looks like I’m ten years younger.

I also discovered faith through the study of quantum biology. I made life-long friends, and I learned the power of gratitude. I became far more disciplined and focused and got rid of a lot of unproductive habits.

On the day I checked into prison, I released a book, Failing Early & Failing Often: How To Turn Your Adversity Into An Even Greater Advantage. I did not know at the time what advantages prison would bring—but I had faith that I would find them. By the day I checked out of prison, I had concluded that prison was the SINGLE most advantageous experience of my entire life.

The key to all these advantages is the concept of hormesis.

Biologists use the concept of hormesis to explain how some things that can hurt us in large doses can make us stronger in smaller doses. We know this as “no pain, no gain” or “that which doesn’t kill you makes you stronger.”

According to Aging and Mechanisms of Disease (Mattson 2015) “Hormesis is a characteristic of many biological processes, namely a biphasic or triphasic response to exposure to increasing amounts of a substance or condition. Within the hormetic zone, the biological response to low exposures to toxins and other stressors is generally favorable.”

The single most powerful lesson I learned in prison is the stunning power of hormesis. If you stress your body with fasting, cold temperatures, hard mental exertion, and extraordinary physical exertion—you will see extraordinary improvements in your mind and body driven by mitochondrial biogenesis.

Prison itself was a hormetic experience. 633 days in prison was in the “hormetic zone” for me where the experience resulted in a biological and mental response that was favorable. If my prison time had been shorter—or a lot longer—this would likely have not been the case.

The lesson here: you must actively seek out painful challenges that make you stronger. Exercise is a well-known example of this. However, the same biological principles that work with exercise are also activated with fasting, hard mental challenges, and exposure to cold. All of these stressors activate mitochondrial biogenesis which can, over time, rejuvenate every one of your cells to a youthful state.

Another powerful lesson I learned in prison is the power of focus.

In prison, your email access is severely limited, and you don’t have a phone. You are forced to go back to pen and paper, and for me this was revolutionary. I found myself, for the first time, able to THINK and be far more proactive in my thoughts and actions. In the free world, where you are surrounded by constant electronic messages from all your devices, you slowly lose the ability to step back and think strategically.

Prison also taught me how broken the “justice” system is today in the U.S. I met countless fellow inmates who were in prison simply because they could not afford to fight. They took plea deals because they had no other good options. My own case cost me over $50 million in legal fees. Any legal system that requires spending a fortune to defend yourself is not a legal system at all—it’s a prosecution system. It’s no wonder there is a 97% conviction rate in the U.S. Very few people can afford to stand up to the federal government’s prosecution machine.

I also saw the devastating effects that the over-criminalization of drug use has on African-American and Latino families. Well over half of the inmates at FPC Montgomery were there on some kind of drug charge. Some of the sentences were extraordinarily harsh—25 years for marijuana trafficking—when some states have legalized marijuana. These are good people whose lives are being thrown away because some people in Congress believe that harsh sentencing somehow can reduce drug use. There has been no evidence that this is the case, yet harsh drug sentences are still being handed down.

In prison, I also learned how commanding and obeying are two sides of the same coin. You cannot be a good commander unless you know how to obey. At FPC Montgomery, there are 1,001 rules and they are changing every day. I enjoyed the challenge of attempting to follow
all the rules all the time. If you succeeded in following all these rules, which was no easy feat, the camp treated you well. Most importantly, you must be able to obey yourself.

If you cannot command yourself to achieve a certain objective, to behave in a certain way, then you will wind up being forced to obey someone else. Obeying and commanding are the critical building blocks of any achievement in life—and prison reinforced this lesson for me in spades.

I also learned the power of how repeatedly doing the same thing over and over again can lead to mastery. By the end of my 21 months, I was one of the longest serving inmates in the Mobile unit at FPC Montgomery. I cleaned toilets up until the very last day before I was released. I did the same thing every day and had the same routine every week. By the end of my 633 days, prison for me was like clockwork: rise at 5.30am, workout for two hours, clean toilets, check email, take a nap, pick-up my mail, read mail, take a walk, sleep, and repeat. For the last year in prison, I only ate on weekends, which made my weekday routine very simple and uninterrupted.

I enjoyed the ascetism at FPC Montgomery. It was a good place to become singularly focused on my mission in life. I had far too many distractions in my life before I checked into prison. After 633 days of focus, I rebuilt my habits so that these distractions are no longer part of my life.

In prison I spent a lot of time teaching my fellow prisoners about goal setting, stress management, and career planning, and I learned from them in return. The teaching helped me hone the lessons I had learned building and turning around companies. It also brought me joy and inspiration, something I wasn’t sure I would find in prison. I hope the lessons in this book help you find joy, purpose, and success in your own life.

Nine Years Under: The Coming of Age in an Inner City Funeral Home

The Art of Being Un-Wired: Chapter 14