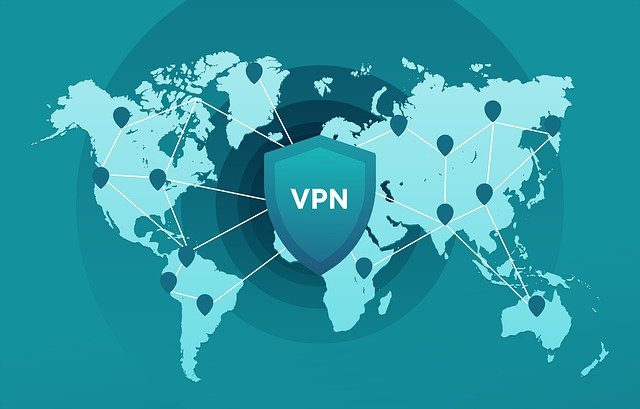 A virtual private network is an incredibly useful utility to have for anyone interested in keeping their Internet browsing habits private. Whether they’re dealing with an oppressive government that censors what its citizens can access, or avoiding advertising trackers that build profiles of consumers, a VPN solution can protect people’s data and offer a free and open Internet experience. When someone is choosing the right VPN for their needs, there are ten features to look for.

An ideal VPN provider has a broad network of servers that are set up in multiple locations and countries. Generally, the best options have thousands of servers available, which makes it possible to choose the perfect one for a particular need. The geographic location is especially important if a VPN user wants to get around region locks on content or local government censorship. A large network also makes it possible to choose the options that have good ping for latency-sensitive uses, such as online gaming. Changing locations can also be useful for seeing whether flights and other variable price services change their pricing based on the location that the Internet browser is reporting.

Ads can get in the way of browsing many websites easily, with pop-ups, auto-playing videos, and resource-draining graphic-heavy advertisements. Overlays and similar styles can also make it difficult or impossible to access the content that the reader is there for, especially on mobile devices. A VPN can automatically block many of these ads, providing an extra layer of protection on top of the typical ad blocking software that is available in many web browsers. It ends up creating a quality browsing experience on even the most ad-heavy websites. Many VPN providers that include ad blocking in their feature list also have phishing and malware protection built-in as well. Since these types of attacks become increasingly frequent online, having some extra help in avoiding them is quite useful.

A VPN routing a user’s traffic through their servers is just the first part of protecting someone’s identity and making sure that their browsing history stays private. This data should also be encrypted through the same type of technology that many banks and other institutions use. Look for a VPN service provider that has 256-bit AES encryption. When the data is encrypted as it moves from the user’s computer to the VPN server, and then to the public Internet, it makes it indecipherable to anyone that tries to steal that data. Even if they get the information, they can’t understand it without the encryption key that the VPN service provider uses. VPN technology also uses a specific protocol to handle the traffic that goes out over their networks. Some VPN providers allow advanced users to choose the protocol that their connection uses, which can be helpful for people who know that a different protocol is best for their needs.

Using a VPN shouldn’t be hard. If it’s difficult to turn on and off, then people would be dissuaded from using the service that they’re paying for. A user-friendly app clearly lays out how to activate the VPN, usually in a single click, and also makes it easy to configure any advanced settings that are available. The web, desktop, and mobile app experiences should all be straightforward in this manner for it to truly count as being user-friendly. Double-check that the VPN service has apps available for all of the devices and operating systems that would need to connect through it. Good VPN providers support a broad range of platforms and device types, and some even have router-level support to cover the whole network. See an example of VPN apps through the Surfshark VPN free trial.

A VPN can be confusing or complicated technology when someone is first starting out with it. It’s important to have a helping hand readily available to act as a guide. Responsive customer service representatives should answer inquiries quickly and do a good job of explaining how to use the VPN software. Ideally, the VPN user has multiple ways to reach out to a company, and they aren’t left waiting for long after their initial inquiry. It’s also helpful to look for VPNs that have a lot of self-service resources in their knowledgeable, as those may eliminate the need to contact customer support entirely. Since poor or nonexistent customer support can be one of the most frustrating experiences in the world, this is one of the top features to look for. Check out online reviews to see whether people have reported problems with the customer or technical support. Some people may want to reach out to the team to ask pre-sales questions as well. If they’re not responding quickly to a potential customer, it’s not going to get any better after the purchase.

Many people have multiple devices that access the Internet in their homes. Desktops, laptops, and mobile devices are just the tip of the iceberg. There are also countless types of smart devices that have internet browsers, including televisions, video game consoles, and appliances. VPN companies should support all of these connections using the VPN on the same account so that no Internet browsing is left unprotected in the household. This is a particularly useful feature for families that have lots of devices spread between each person. It’s also nice to not have to set up a separate account for new devices that get added to the house after the initial VPN selection period.

Many people don’t realize just how much data they go through on a monthly basis. This is particularly true for households that do a lot of online video streaming. VPNs without a data cap helps people avoid running into issues where they reach the end of their data allotment and have to browse unprotected for the rest of it. With unlimited data, they don’t have to watch a usage tracker, they can just turn on their VPN and go about their daily browsing routine.

Sometimes a connection can get interrupted between a user’s device and the VPN service. If the person continued browsing after this point, their online activity would be exposed. In certain parts of the world where the government heavily controls online activities, this could result in severe consequences for the user. A kill switch disconnects the device from the internet in the event that the system can’t connect to the intended VPN server. This response makes it clear that the user would be browsing without the benefits of a VPN if they continue with their online session.

People who are particularly interested in maintaining their anonymity online can further protect themselves by routing their VPN traffic through more than one server. When there are multiple server hops like this, it is substantially more difficult to figure out where the original location is. These users can choose more than one location in the same country, or use completely different countries as part of their browsing experience. The VPN app should make it easy to use this feature, quickly allowing someone to select their servers and then connect to the VPN network.

There are a lot of threats that could lead to a VPN service provider getting hacked or issued a subpoena. Even the best-protected companies could end up encountering a data breach from a particularly persistent set of hackers. There’s no need to worry that personal and private information is going to be given up in these situations when the VPN service has a no-logging policy. This policy means that there are no records concerning someone’s browsing activity when they use the service. Additionally, they collect the bare minimum of user data to set up an account, and many VPN providers accept cryptocurrency as a payment method to further hide the identity. Without any logs of this information, there’s nothing that a hacker or law enforcement official can use to identify people.

The best VPNs have features that go above and beyond this list, but these are the 10 most important things to look for when making a selection. The market is crowded with tons of options, so carefully consider the pros and cons of the ones that pass this initial screening process. Once people start using VPNs for their Internet browsing, they often wonder how they did without.

To Etsy or not to Etsy: Reactions and Retractions

What to Consider when Buying the Perfect Bedding