Here comes another one:

“Hey, where’s Woody? Didn’t he know this is his party?”

“Norm told him. Lisa told him. Roger told him. I told him. Hell, Elaine told him, and she’s only here on vacation.”

No one would say it, but I’d made Woody expendable. I’d learned to do the old man’s job better than he could, so the bosses fired him. Now I was supposed to be able to read his mind.

After the newspaper gave him two weeks’ notice we rookie reporters and editors began guessing how he would kill himself:

“Woody’s traditional. Probably has a noose hanging in the rafters.”

“Nah, he’d have a Civil War musket or whatever they used back then, loaded and ready.”

“I bet he takes home that filthy knife he keeps in the drawer for his cheese and ….”

But now, two hours and two visits by the police into the going-away party, the laughing was over.

Norm rushed up, agitated. “What are we going to do? We can’t just stand around getting drunk if Woody — ”

“What can we do?” I snapped. “Does anyone even know where he lives?”

“I drove him home once when his car was in the shop,” Norm said. “Off Euclid. Virginia to Elm, I think.”

Elaine walked up. It was only her second visit since I’d left her 400 miles behind for this job. My instant devotion to the newspaper bewildered her. But she’d suggested we hike down Mt. Rogers a day early for Woody’s sendoff.

“All right,” I said. “Let’s do this before the cops come back and haul us away.”

Woody was a legend in town long before any of us were born. As his high school’s runt of a quarterback he’d handed off to a halfback and a fullback who would end up in the College Football Hall of Fame. He got his degree from the local college. There was no football team, but as the baseball team’s catcher he’d chased a popup into the backstop — his face never was the same after that.

When the newspaper hired me decades later, Woody was beginning every shift by setting up his Daughters of the Confederacy pen-and-pencil set, then sketching himself in profile — tuft of hair spraying from his scalp, smoke swirling from his drugstore pipe, a nose whose odd angles weren’t much of an exaggeration.

Norm drove us to what we hoped was Woody’s place. We swerved into a driveway by a two-story house with every light on. The side door looked open. Norm climbed the steps, peered in, then knocked on the storm door.

Woody knew everything about the town and everyone in it. Back then newspapers valued staffers like him as “institutional memory.”

A month earlier in the newsroom, Robert had pulled me aside. “You’re not going to believe this,” he said. “I’m looking at copies from 50 years ago for an angle on the big high school game. You know — what the cross-town rivalry was like back then. Well, the guy that covered that year’s game did a great job. Reads beautifully. It’s modern, without all that Grantland Rice BS.”

“So, you’re not this paper’s first good sportswriter?” I said.

“Hey, Woody,” I yelled. “Robert wants to ask you something.”

“Um, Woody, I was just reading up on the big game and saw a great story from 50 years ago and I think it has your name on it.”

Woody leaned back, either doing the math or trying to remember Robert’s name. He called everybody “New Boy” until they’d worked there for a decade, which few did.

“I s’pose it could have been my story. I woulda been 15. That’s when they started to let me write. I hung around here every night and on weekends, bugging the editors for a chance. Did that all through college, too.”

Woody never said much about his past. He’d tell an occasional anecdote about long-gone colleagues, but his life was a mystery to us. He’d published his parents’ obituaries decades ago. He never mentioned any other kin.

Jack, the managing editor, tolerated Woody. Jack had been hired to drag the paper into the 20th century. Computers were just months from arriving, yet Woody still struggled with his IBM Selectric. So, Jack worked 12 hours a day, six days a week, doing much of Woody’s work and training rookies like me.

Norm had shown up after Jack’s arrival, eager for his first job. His college buddy Mark graduated and joined the staff a year later. And soon they pulled me in. We’d get annoyed at having to fix Woody’s pages on deadline while he “slipped out for a bowl of soup” at Mother’s diner. But he never complained about our horseplay, he got a kick out of our girlfriends, and he never bossed us around.

“Norm, see anything in there?”

“An ice cube tray by the sink,” the conscientious reporter said as he jumped from the top step. “But no Woody.”

“What about the garage?” Elaine asked.

Woody’s car was driverless and not running — a good sign. Carbon monoxide was one of the staff’s gruesome guesses as to how Woody might check out.

Why hadn’t Woody just retired? He’d led that newsroom, but now he struggled. He probably had plenty of money — why did he hang on to a job with demanding deadlines and a staff that just might get stoned mid-shift?

“He married a girl from town after college,” Jack said. “She stayed home and never complained about his hours at the office. The paper was more his wife than she was.”

“She never made a fuss,” Jack continued. “They didn’t have kids. She kept house and stayed in the background while Woody got all the attention.”

“A few years ago Woody realized they were getting older and that he’d been neglecting her,” Jack said. “She deserved better. So, he quit here and took a PR job with the theater. He could do that in a dozen hours a week and take her to plays at night.”

“She died after only a few months. It was a shock — she’d hardly ever gotten sick, and then — wham. A month after the funeral Woody showed up here, begging for a job.”

“Sure. We hadn’t found anyone to replace him. Giles even promised him a job for life.”

“If the freakin’ publisher made that promise, why is Woody being forced out?”

“Giles realized Woody was holding us back, and it’d be hopeless when the computer system gets set up. Woody said OK, he’d give up editing, but couldn’t he do something else? He could be a reporter. He could take obits. He even offered to direct the delivery trucks.”

“Why didn’t Giles let him stay?”

“Because he’s cheap and wouldn’t want Woody haunting the place,” Jack said. “He didn’t even have the guts to tell Woody — told me that if I didn’t do it, he’d fire me.”

Norm ran up from the front yard, shaking his head. “Didn’t see anything. Everything’s locked.” He looked toward Elaine, who was slamming her palms on the aluminum door and yelling Woody’s name. “What do we do?” he said.

I wrapped my handkerchief around my left hand and headed for the door, but before I got to it Elaine hopped and squealed:

A step or two into the kitchen stood Woody, squinting without his glasses. He tied his tattered robe closed. Water ran down his face as he shuffled toward us.

“What are y’all doing here?” he asked.

“We’re here to take you to your party!” Elaine said.

“That’s right,” Norm said. “The party at Robert’s house. Everyone’s waiting for you.”

“The party was for me?” Woody said. “I thought y’all were kidding.”

Woody never came to our parties. Not that he would’ve fit in. Pot, beer, screaming along to The Ramones and Sex Pistols and Warren Zevon and Neil Young, laughing at televangelists and “Green Acres” episodes on flickering black-and-white TVs …

“Of course we’re having a party for you, Woody.”

“Well, that’s nice of y’all, and I thank you for coming over, but I can’t go — I’m drunk as a skunk,” Woody said. “But you can come in, if you like. I’m afraid I don’t have anything to offer you — I just finished the bourbon. That’s what I want when I get home from work — a warm bath and bourbon. Have a seat.”

“Thank you. My wife decorated it.”

Elaine and I squirmed on the loveseat, uncharacteristically not touching. Norm crossed and uncrossed his legs. Woody dripped and stared into space.

“Um, Woody, that’s quite a collection of Civil War … I mean, War Between the States books,” Norm said.

“That’s my hobby. I memorized all the battles and the generals and their strategy.”

Finally I said, “Those are interesting bookcases, Woody. Did you make them?”

“Naw, my wife’s family’s slaves did. … That must seem strange to y’all. You must think I’m just a crazy ol’ hook-nosed bastard.”

He blushed. The blue veins above his nostrils practically throbbed.

Norm and I glanced at each other and stood. “Thanks for inviting us in, Woody,” Norm said. “And for all you taught us.”

“Woody, everyone in town will want to see you,” Elaine said.

“Well … thank you,” he said, studying the carpet. “Thanks for coming by.”

“Are you sure you don’t want to come with us, Woody? Everybody would love to see you,” Norm said.

“No, no, I’m drunk as a skunk. And my bath is getting cold. … You kids be careful. And tell everyone I’m fine.”

Since moving to Baltimore in 1998, Wayne Countryman has been an editor with The Baltimore Sun, AmericanStyle and NICHE magazines, The Maryland Daily Record and now the Baltimore Business Journal. 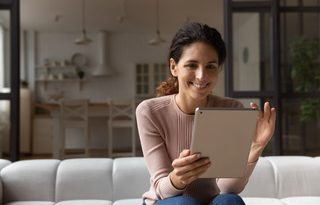 ‘Except for a few details…’– Precocious

2 thoughts on “Woody: A Newspaper Tale”