There is a sort of insanity that takes over during the holidays. No, I’m not talking about the commercialism of Christmas or the driving or the loads of edible catalysts for gluttony. I’m talking about the emotions. People lose their minds. For some of us, that temporary craziness is beneficial. For others … not so much.

My family is one that compartmentalizes all the negative energy — and then harnesses it — in order to fill the house so full of lit candles you have the local fire department on speed dial and bake countless loaves of Cardamom bread (Swedish traditions). Meanwhile, all the warm, fuzzy, sentimental stuff of Hallmark movies makes the cut. Everyone puts the majority of their energy into adoration.

That’s right: For roughly three months out of the year, every family member can do no wrong. In fact, my family thinks I’m wonderful. (No wonder I’m deluded.) They love me, I love them, and none of us point out that we’re all full of shit. I mean, seriously, Santa Claus looks like the Grinch this time of year if you attend any of my holiday get togethers.

It hasn’t always been this way. My biological family had other priorities … l ike not rocking the boat. And a bastard child? Well, that would have capsized the boat. Let’s just say I wasn’t welcomed with the same adulation as some other children of controversial beginnings (Jesus), maybe because Mary wasn’t trying to recover from tragedy and get off heroin. My mom, on the other hand, had a social worker but no angel visits.

But that was okay! Another family lined up with open arms and a willingness to eventually sign some papers stating that the government could take me from one parent and hand me off to others. That plan was all well and good, and I have pictures documenting a seemingly happy existence with them for the first five years of my life.

Seemingly happy existences are usually anything but what they seem. That adoption fell through. My oldest sister, who was one of my primary caretakers, got married, and allegations of neglect were too much of a risk factor for them. So they signed some papers relinquishing me to the state, washed their hands, and gave someone else a shot.

That someone was a single social worker who had followed my case from the beginning, because … well, she’d been involved in my original foster care work and adoption placement. Now, she was stepping into well-worn shoes. Naysayers were scattered here and there, and my new mother ignored them in good sense. They touted their ideals of two-parent families and six-figure incomes (she made less than $25k), probably never realizing that all of those ideals went against the Christ figure and ideologies with which they so strongly aligned.

Though the rest of my youth was by no means sheltered from the storms of adolescence or occasional trauma, the holidays are a great showcase for the love that once escaped me and now borders on suffocating. Maybe that’s why I hate this season.

There’s nothing like an illogical leap in love to make you recognize the necessity for just a touch of this same craziness in other aspects of life, as well as realize that not everyone is so fortunate. Admittedly, the whole idea of “family” here has long baffled me. People seem to rely on their emotions in the creation of children, but not while raising them.

So many people seem more than happy to idealize making children, especially in the United States, where we incessantly post pictures of them on their various social media accounts, and let them slowly meander in front of people at the grocery store with those ridiculous miniature carts. Yet, it seems like many of these same people either cannot afford or cannot stand the tiny beings they’ve spawned.

Please explain: When do you employ creativity — during the architectural planning of a building or while picking out the curtains? I would hope you spend years on the layout and structure before deciding to base the decision-making on your own personal taste. Wouldn’t the same go for the creation of families, to a much greater extent?

In 2012, several publications — from ABC News to Slate to The Atlantic — made big waves about the finding that 37 percent of the births in the United States were unplanned. And there’s no real reason. We used to make condoms from animal intestines and linen sheaths (there’s an excuse for just relying on the pull out method), and now we even have alternatives for those with latex sensitivities. When it comes to planning methods nowadays, we are spoiled.

In the late 1800s, the United States government was still blocking the distribution of birth control, and even arrested the first woman (Margaret Sanger) who opened a birth control clinic. Due to her research, the first birth control pill came about in the 1950s, but The Supreme Court decided that only married couples were allowed to use it … because, you know, those are the people who really shouldn’t have been raising unplanned children. Compare that to now, more than 40 years after Baird v. Eisenstadt approved unrestricted purchase and use of birth control. We have the rights, the access and the options to prevent unwise reproduction. But that cannot compete with our egos, and certainly not our hormones, right?

Almost all available sources state that teen pregnancy has gone down, and researchers speculate as to the cause. Two potential reasons come to mind: (1) Wider availability and affordability of birth control methods and education, and (2) Teen pregnancy shows.

Some people may argue that early sex education promotes promiscuity and that teen pregnancy shouldn’t be showcased on television. I’d argue that they’re wrong. Being fully aware of sex and all its positive and negative consequences (ie: pleasure, pain and possible babies) takes some of the mystery out of it, and prepares you to have sex without screwing up your life — and bringing another life into the world. Teen pregnancy shows also fail to glamorize the life of a teen parent, and the numbers of teen pregnancies have actually decreased since they began airing regularly. The 2014 Guttmacher Policy Review, Vol 17, No 3, explains this phenomenon by citing increased discussion of sex, birth control, and teen parenting after shows like “16 and Pregnant” and “Teen Mom” started becoming household topics.

For the most part, people learn best from experience. Or, better yet, they learn from the experience of others. Historically speaking, we have not always learned well, and our memories are short. In The Abolition of Man, by C.S. Lewis, he writes, “The heart never takes the place of the head: but it can, and should, obey it.”

Regardless of whether or not you agree with his religious views and conclusions, the man was a great thinker. In fact, that book (which remains one of my favorites) was a call to cease relying on indoctrination — which teaches people what to think, and genuinely rejoice in education — which teaches people how to think. Love should be the icing on the cake, the full culmination of that heart obeying the head.

Maybe the abnormally high percentage of engineers and technical gurus in my family (3/4 of my cousins) has something to do with their ability to apply logic in the construction phase of any given project (from work to housework to family), and then finish it off with a surge of the most irrational, emotion-laden sentiment conceivable. I will be the first to confess that I do not have this gift of executive planning, nor am I particularly good at delaying immediate gratification. But if love is something you give only on impulse, it is no better than any other reflexive response, so it seems forethought is what gives weight to this often spoke-of, yet rarely elaborated-upon four letter word.

Just as you wouldn’t appreciate the gift of a Super Bowl ticket from someone who knows you well enough to know you aren’t a sports fan, you wouldn’t appreciate being brought into the world as the result of one drink too many after a cocktail party. With the still lingering pain of mass shootings and Planned Parenthood attacks, it’s time to enforce some logic and see where the love ought to be applied. 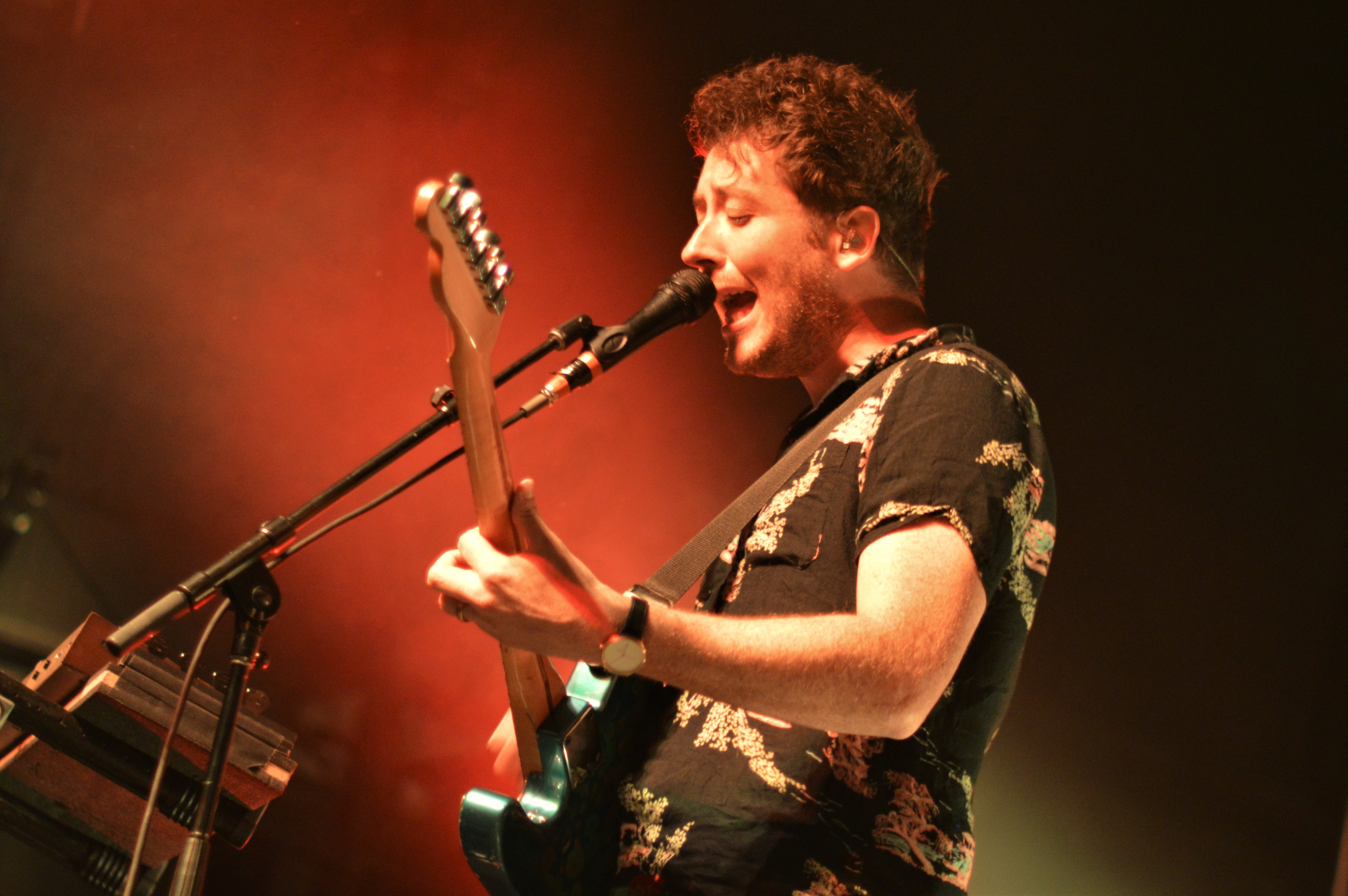 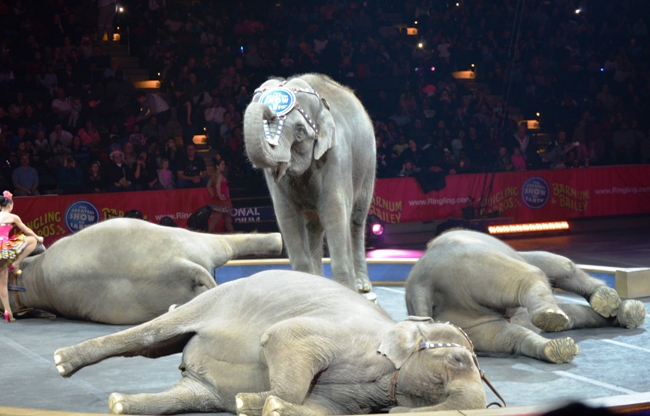