It was two days packed with seminars, keynote speakers, networking, and meetings with “destinations.”  I learned a lot.

They had several pre-conference activities including parties, all-day tours, and a trip down the Mississippi river. I went on the river boat. We left from Harriet Island across the river from downtown St Paul at 2 p.m. and were back at the dock at 4 p.m. It was a two-story boat with the top open air and a closed cabin downstairs with a concession stand selling popcorn, hotdogs, beer and soda. We slowly cruised down river with the captain highlighting historical sites and points of interest over the loud speaker. Unfortunately it was a rainy day but not cold so not too bad.

I don’t consider myself a travel blogger per se. I write about all kinds of things as well as travel. Many of these people live and breathe travel. A recurring theme was how much time they spend working. But they don’t really consider it work because they love what they do. Lou Mongello was the first speaker. He lives and breathes Disney. That is all he writes about.

He is a successful blogger. He actually makes a living. Of course he is a former lawyer so I’m sure there is more to the story. But he is living his dream. I met several people who were former lawyers or IT programmers. They must have made good money. But it is rare to find a travel blogger who makes money at all let alone good money.

So the first day I learned about Cleaning out the Blogging Closet and Focusing on What Matters Most. I don’t remember a thing. Then I went to Keys to Successful Blogger Outreach. I guess I was in the wrong place because the speaker was talking to the business people who actually use bloggers. It was my first conference. I had no idea what I was doing.

The second day was better. The previous night, the local 10 pm news covered the conference and interviewed a guy attending the conference. The next morning I saw that the keynote speaker was that same guy who was interviewed, Johnny “Jet” DiScala. Apparently he is well known in the industry and several people got up and sang his praises. He was accompanied by his beautiful wife, Natalie, who is pregnant. They both spoke about traveling constantly and working all the time. I did some research on him and he does get around and attends all kinds of events and conferences and does press trips and makes a living. They certainly are an engaging couple.

I couldn’t help but wonder how the birth of their child will change their dynamic. Of course, I was that person who dragged her son around the world. He went everywhere with us and often crashed out on restaurant table-tops. But once they have to go to school, it gets a bit more difficult.

My first seminar of the day was How to Build your Community Around your Niche Brand led by Bret Love and Mary Gabbett. They are a couple specializing in eco-travel. They have been doing it for a while so they got in just as the whole eco/adventure travel became popular. Okay, I’m going to make a confession. I lost my notes. What I remember is they write newspaper articles and a weekly column. And teach. They have a pretty cool blog at Green Global Travel.

Next I went to How to Monetize your blog with Print on Demand led by Betsy and Pete Wuebker. They currently live in Hawaii and blog at Passing Thru. They supplement their income with an online print-on-demand store on Zazzle.com. They use the their travel photos to make postcards, phone covers, t-shirts and various travel accessories and sell them through an online store. I’m not sure it is a huge money maker but they seemed to be pretty happy with it. It looks easy enough to do.

The last seminar of my day was called Midwest Travel Bloggers: Challenges & Opportunities led by Lisa Trudell (The Walking Tourists ) and Sara Broers (Travel with Sara ). It was all about building community and getting ahead by reaching out to other bloggers and going to conferences. That was another recurring theme. Networking.

Booths were set up in a large room with people from Trip Advisor, Explore Minnesota, Viatour, Great Britain, St Paul, Roseville, CJ Affiliate and many others. They all had cool give aways and we did get a goodie bag. I met with several of them over the two days and learned what an affiliate is and what a ‘destination’ means. I’m still trying to work it all out. It seems it is possible to make some money at blogging but it is lots and lots of work.

The closing speaker was Andrew Zimmern. Plenty of people were super excited about that. I don’t exactly consider him a blogger since he is more of a TV personality but he is from Minnesota and he does write about travel. My dirty confession is I am not a huge fan. I was beat, I didn’t stay for it.

Why do we care so much about a few Syrians? 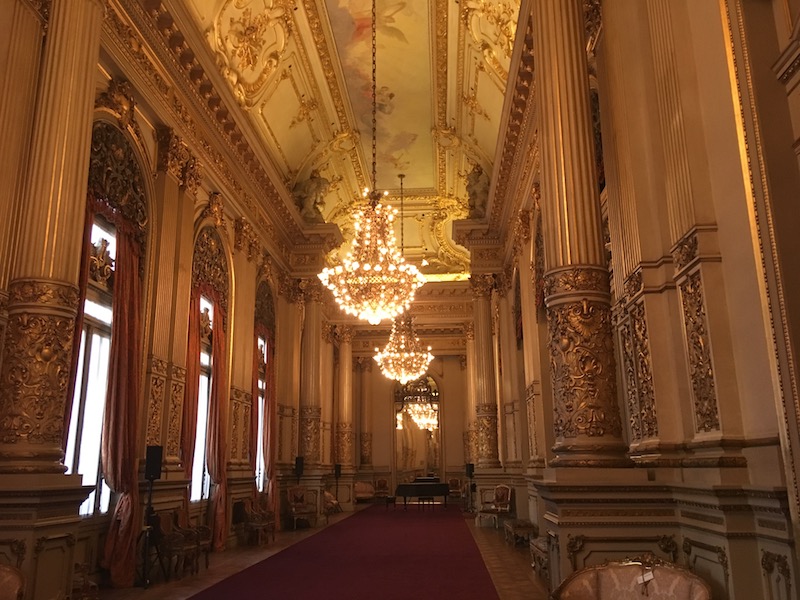 Have you been to Milwaukee lately?