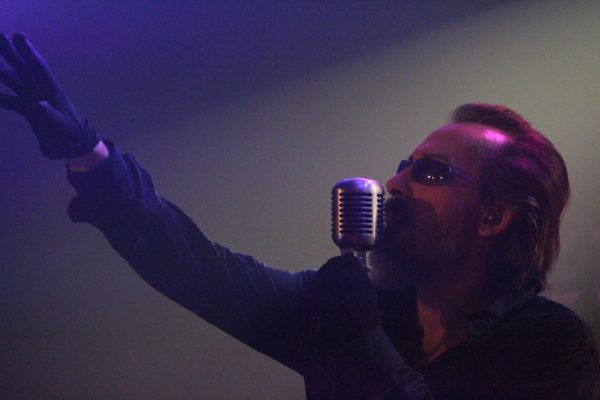 Ten days ago, Captain Sensible – guitarist and founding member of the trendsetting punk rock group The Damned – fell from a stage in Toronto, while paying tribute to a true guitar legend. The fall forced the rescheduling of three succeeding shows. Luckily, the Captain was literally back on his throne last night to ignite a packed house at Baltimore Soundstage.

The Damned are crisscrossing the U.S. this spring on a 40th Anniversary tour, playing to sold-out venues almost every step of the way. A bit older, but no less brash, the feisty Brits blasted their way through a nearly ninety-minute set, returning to the stage for two fist-pumping encores.

Opening the concert for The Damned were Baltimore-based punk rockers The Ravagers, followed by the energetic and bluesy “Rock Music” sound of California’s The BellRays.

Formed in 1976, The Damned stood on the caustic cutting edge of a generation jaded by the status quo. True revolutionaries, they were the first British punk rock band to release both a single and an album. They were also the first of their ilk to tour the U.S. and the first to break up, only to almost immediately reform and record again.

In an impromptu pre-show interview, the Captain told the Baltimore Post-Examiner his fall in Toronto was precipitated by the band’s recent visit to St. Louis.

“I didn’t realize that Chuck Berry was from St. Louis, so you can imagine my surprise when we were there recently to find a statue of him in the Delmar area.

“Of course, I took a lot of selfies by the statue, you know, me doing my own version of the duck-walk. That’s what I was doing in Toronto the other night when I took my three-foot spill from the stage.”

The captain’s tribute-inspired tumble resulted in a broken rib. Noting that there isn’t too much modern medicine can do for such an injury, he is moving about with measured steps. And doing his best to gently rebuff the eager hugs of a host of adoring fans.

To aid the Captain, the road crew constructed a proper perch for the injured musician: a graffiti-marred toiled mounted to a plywood platform. Joking with the crowd, the Captain remarked, “If I fall from this thing, at least I’ll only plunge about six inches.”

The band’s set for the night featured nineteen songs, including covers of “Alone Again Or” and “Eloise”. In introducing “Eloise”, singer Vanian shared that it was only recently he learned that the song (composed by musician Paul Ryan) was based on an African-American exotic dancer who performed in SoHo in the 1960’s.

Gingerly exiting the stage after his final curtain call, Captain told the satiated crowd, “This is the center of the rock universe. The 9:30 Club (in DC) used to be, but now it’s here in Baltimore. We’ll be back – if we’re still alive.”

The Baltimore Post-Examiner lucked into front-row seats for the exciting concert. Enjoy the following photo roundup of The Ravagers, The BellRays and The Damned by contributing photographer Todd Welsh. 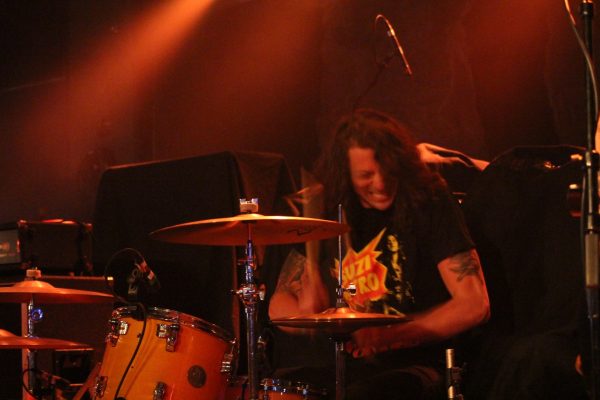 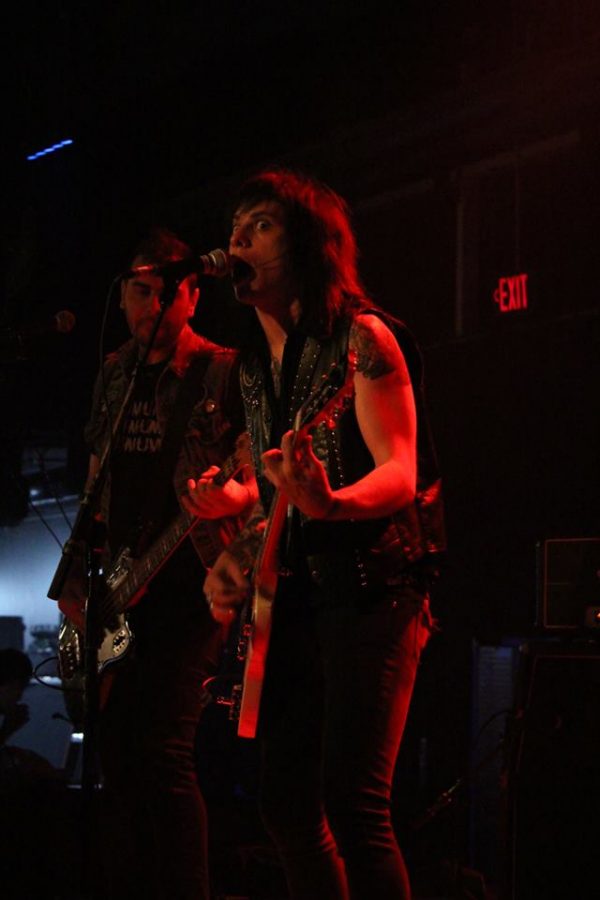 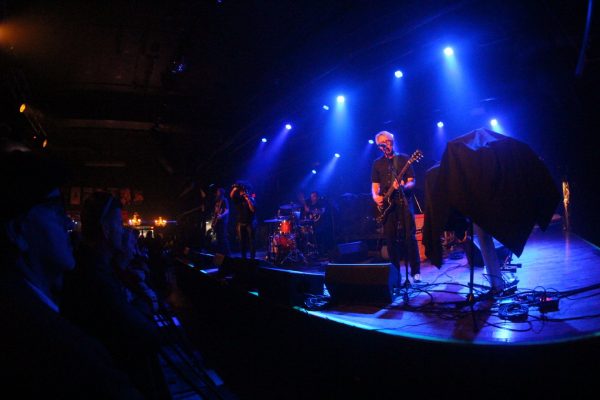 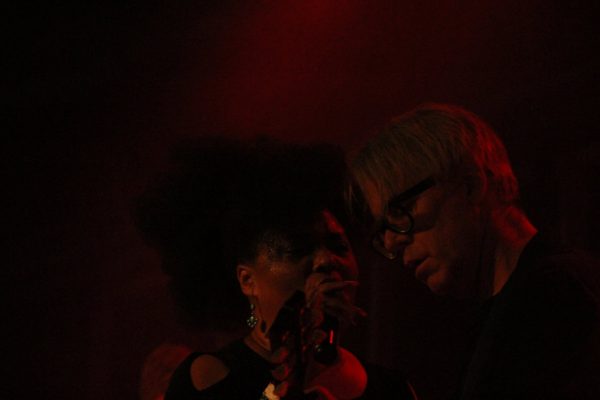 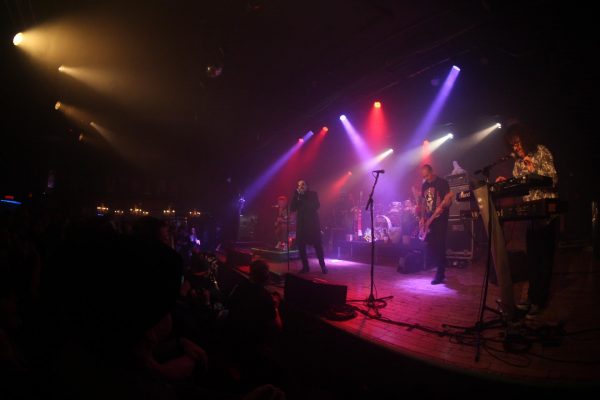 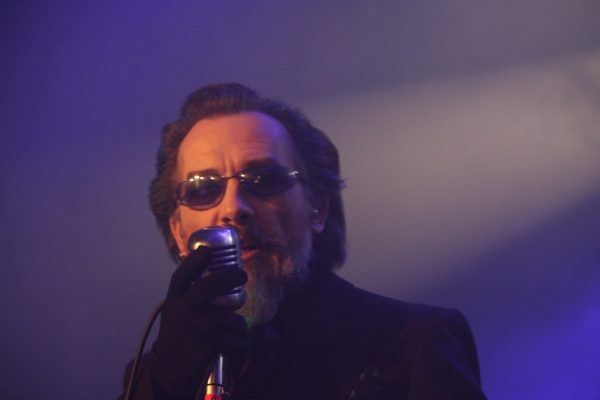 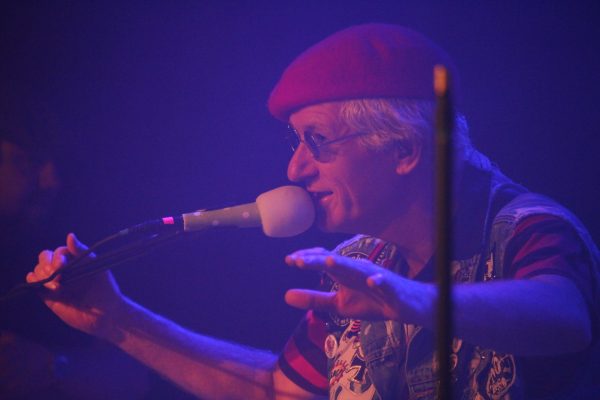 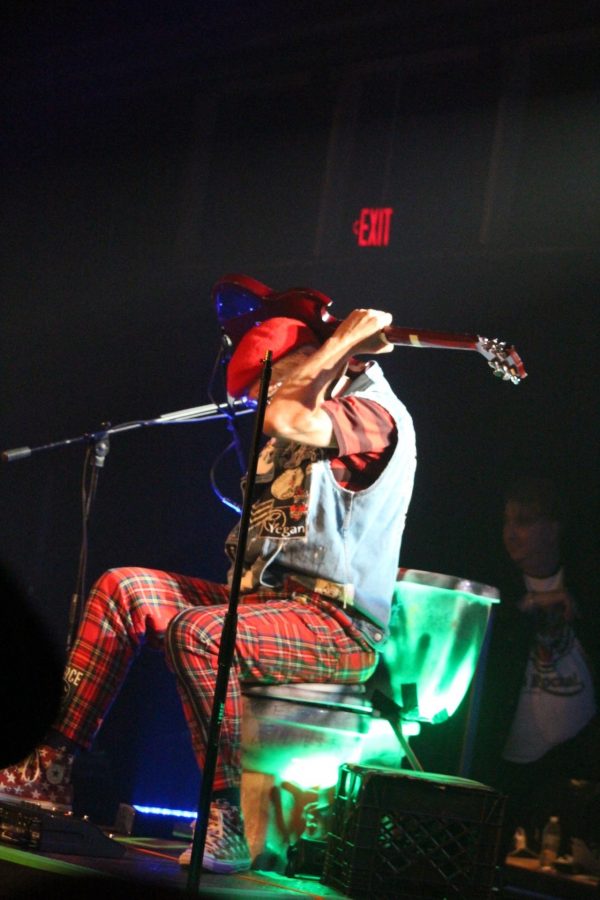 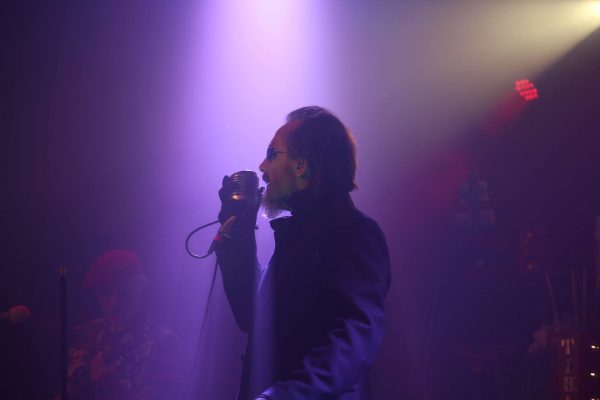 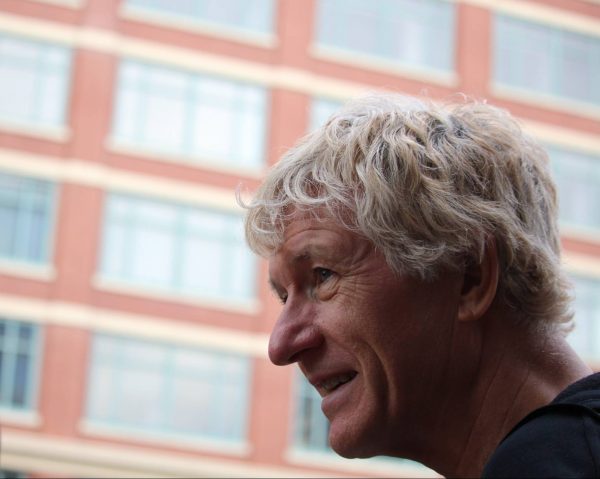