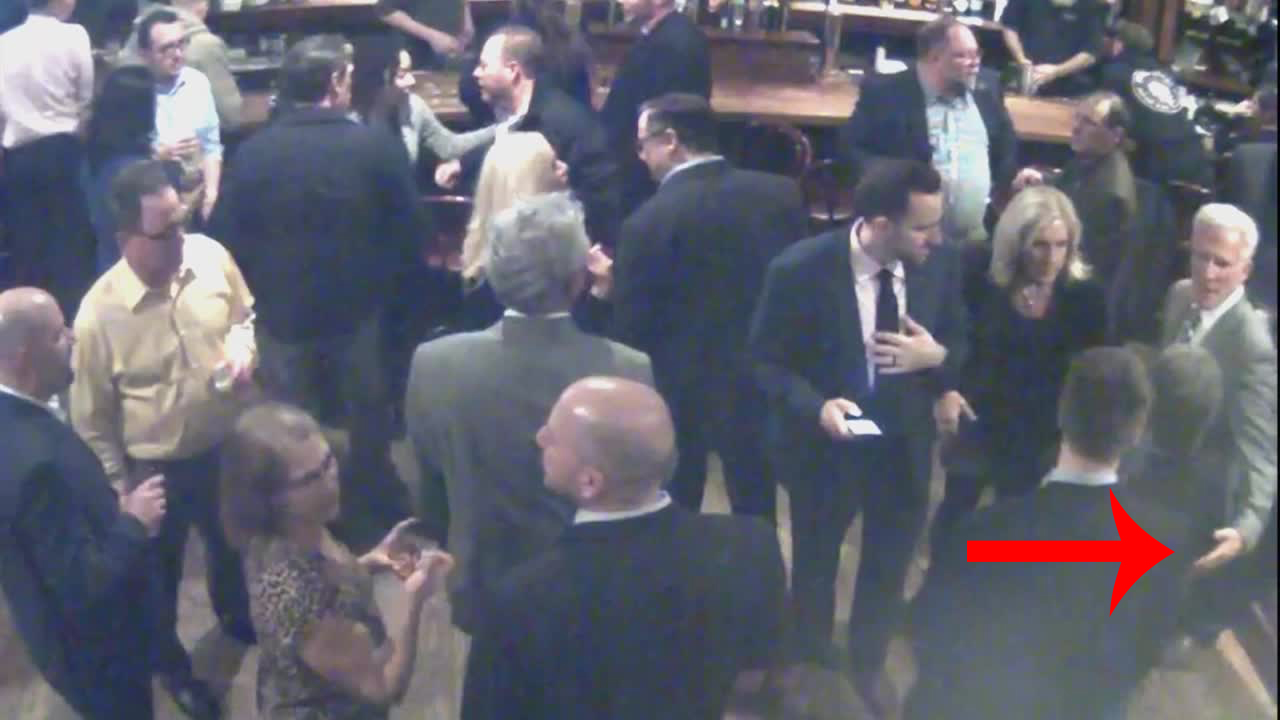 To schmooze is defined as: “To talk intimately and cozily: gossip; to chat in a friendly manner especially to gain favor or connections.”

On Thursday evening State Senator Cheryl Kagan of Montgomery County claimed lobbiest Gil Genn, touched her inappropriately. At the time, they were in a crowded popular bar, “CastleBay Irish Pub,” in Annapolis, Maryland, on Main Street. It was a karaoke fun night at the tavern.

Since then, the brouhaha between the duo has continued to heat up with both parties making claims and counter-claims about the controversial incident. A security videotape of the encounter, which shows them close to the bar, has also made an appearance.

The video demonstrated in my opinion that Sen. Kagan’s cry of harassment is a false alarm. To put it plainly, she overreacted badly! She wasn’t groped or assaulted. It just didn’t happen the way she said it did. I will give more details in just a moment.

During the annual 90-day session of the General Assembly, Castlebay Irish Pub, and others bars and restaurants, like it in the state’s capital, are often frequented, daily, by lawmakers and lobbyists. This kind of friendly get together also will include media types, political cronies, legislative aides and assorted hangers-on. It’s generally a very pleasant and congenial mix.

What do the lawmakers and lobbyist’s do when they get together in that kind of cozy setting? They “schmooze.” They gossip. They whisper in each other’s ear. They pat each other on the back (Sen. Kagan, please copy.) They hug each other. In the old days, they would even blow cigarette or cigar smoke in each other’s face. They also drink and laugh and sometimes cuss.

They also chat about bills that are pending and laws that have passed. They gossip about the kind of job the governor is doing, the speaker of the House and the president of the State Senate. Schmoozing is a ritual older than the State Capital.

There is no way, Sen. Kagan can deny the “schmoozing” part of this argument. If this supposedly offensive event had occurred in a church or a synagogue after a morning service, it might be an entirely different story, but it didn’t.

A few years back, I recall being in a bar like CastleBay Pub in Annapolis, which was a favorite drinking hole for both lawmakers and lobbyists. This one was up closer to the Circle and St. Ann’s Church.

Before I knew it, I had two free beers in front of me and repeated pats on the back by parties unknown. If I didn’t leave pronto, however, as more lobbyists came in, I’m sure I would not have been able to drive home.

A lobbyist’s objective is to “influence” lawmakers on bills that they are interested in. The CastleBay Irish Pub is just one of the local settings, along with the halls of the General Assembly, where he/she does his schmoozing thing.

Sen. Kagan served in the House of Delegates from 1995-2003. After a short legislative hiatus, she ran for the State Senate for Montgomery County, in 2015, and won.

Genn is represented in this dispute by Tim Maloney, an attorney and former member of the General Assembly. He has vigorously denied any wrongdoing on his client’s behalf. Malone has gone a step further: he accused Kagan of “character assassination,” according to the “Washington Post” (03.13.18).

All credible charges of sexual harassment must be taken seriously and investigated. The #MeToo Movement demands it, but this is not such a case.

The videotape vindicates Genn. There are about four seconds of the tape when Genn briefly touches Kagan’s back in the bar. There is nothing aggressive or intrusive about it.

He does not touch her “tush” as the state senator charged. She doesn’t pull back or in anyway appear to be offended by his friendly schmooze-like gesture. In fact, she continues an animated conversation with him for more than a minute afterward. How could any of this innocent encounter, between two people who have known each other for nearly two decades, mount up to – harassment or groping?

Finally, Sen. Kagan should do the right thing and apologize to Genn – the sooner the better for all concerned.

Patriot Act is the most bipartisan legislation in 12 years

One thought on “Was State Sen. Cheryl Kagan’s cry a false alarm?”