Guido Herz began delving deeper into the history of ethnic Germans in the former Soviet Union when he became Germany’s consul general in the Russian city of Kaliningrad seven years ago.

Like many Germans, he had had only a sketchy notion of what ethnic Germans had endured under the Soviet system.

The once-German territory of Kaliningrad Province was a place to pique his curiosity. The Soviets took over the enclave between Lithuania and Poland after World War II. They expelled all ethnic Germans and turned the western outpost of the Soviet Union into an armed camp, ready to attack the West.

Because of its military importance, the province was off-limits to foreigners during the Cold War. But after the Soviet Union collapsed, the territory – which became part of Russia – allowed visitors in.

One was West German journalist and film maker Ulla Lachauer, who wanted to see how the Soviets had transformed the German territory after War War II.

She told Consul General Herz about an intriguing book she’d written. It chronicled the lives during Soviet times of an ethnic-German family from Kazakhstan who immigrated to Germany in the 1990s.

Much of the book, “Rita’s People,” dealt with the family’s experiences at the gulag – or prison labor camp – that the Soviets operated in Karaganda, Kazakhstan, between 1931 and 1959. The tales of life in what Kazakhs call the Karlag prompted Dr. Herz to become interested in Soviet history.

“Nowadays in Germany we do everything we can not to forget the horrors of Nazism,” said the man who became Germany’s ambassador to Kazakhstan in late 2011.

“But we also need to remember how much suffering people endured in the Soviet Union,” he said in a recent interview. “And many of those who suffered are now living in our country.”

For decades, Soviet leaders limited the number of ethnic Germans who could leave, fearing a stampede to the West. When the Soviet Union collapsed in 1992, the stampede was on.

A million ethnic Germans left Kazakhstan, leaving behind only 200,000 of their brethren, mostly in the northern cities of Karaganda, Kostanai and Kokshetau.

Dr. Herz, a surgeon before joining Germany’s diplomatic corps 30 years ago, said Germans knew little about the millions of ethnic Germans in the Soviet Union because Soviet leaders had cut off communication with the West.

Germans did know, however, that Soviet leaders had sent hundreds of thousands of ethnic Germans into exile and thousands to gulags.

So when ethnic Germans began arriving in Germany in the early 1990s, many Germans considered them a “special problem,” Dr. Herz said. “They were people who in our eyes had a dubious past.”

That view has changed, the ambassador said. Soviet Germans had a tough time adjusting to Germany at first because their culture was different and few could speak German. But in the past 10 years they’ve become an integration success story, he said.

Germany couldn’t have stopped the flood of Soviet German newcomers if it had wanted to. Its Constitution allows ethnic Germans overseas to settle in Germany, no matter how many generations they are removed from the fatherland.

Germany passed its first immigration law in 2006. But by that time, more than 80 percent of Kazakhstan’s ethnic Germans had arrived in Germany.

Before coming to Kazakhstan, Dr. Herz was aware of three chapters in the Soviet repression of ethnic Germans.

The first chapter was Soviet confiscation of the property of kulaks — or farmers the authorities considered wealthy — during the early 1930s. About 60,000 ethnic Germans fell into this category.

The second chapter was sending enemies of the state – including ethnic Germans – to gulags.

The third chapter was Soviet leader Josef Stalin’s decision to deport minority groups he distrusted – including ethnic Germans – to isolated areas in Siberia and Kazakhstan.

Soviet authorities forced more than a million Volga Germans from their prosperous farms along Russia’s Volga River in the 1930s. Most ended up in Kazakhstan.

“They lost everything,” Dr. Herz said. ‘They were put in trains – cattle wagons — and transported for weeks and weeks to Akmolinsk,” or the Karaganda area.

When they arrived in early autumn, he said, “there was nothing. They had to build their own barracks.”

The thousands who ended up working in the area’s coal mines helped propel Karaganda into Kazakhstan’s second-largest city for a time. More than 100,000 ethnic Germans have left Karaganda since the early 1990s, however, so the city of a half million is now only the country’s fourth-largest.

The ambassador visited Karaganda in February of this year to help dedicate a book that journalist Ekaterina Kuznetsova wrote about ethnic Germans in her area.

The book, “Karlag OGPU-NKVD – from Stolypin to Gulag,” is “a compilation of personal experiences – of personal testimonies” — of ethnic Germans in Karaganda, Dr. Herz said.

The OGPU was the forerunner of the NKVD, or secret police. “Stolypin” refers to the Russian tsar’s administrators’ attempts beginning in 1915 to expropriate ethnic German farms and deport their owners to Russian Asia. The Russian Revolution of 1917 cut short that effort.

Dr. Herz said his visit to Karaganda was an eye-opener. He learned for the first time about the fourth chapter in Soviet repression of ethnic Germans: the notorious Trud Army — or slave-labor brigades — of World War II.

After Germany’s surprise invasion of the Soviet Union in June of 1941, the Soviets rushed to conscript millions into the Red Army. One result was a severe labor shortage at home.

Worried about ethnic Germans’ loyalty, the Soviets excluded them from the Red Army. Instead they conscripted them into the Trud Army for backbreaking work in mining, logging and industrial plants between 1941 and 1946.

“Every (ethnic) German of a certain age had to be in this forced-labor army, even the women” who had no children, Dr. Herz said.

“I talked with older people (at the Karaganda book dedication) about their experiences in the Trud Army,” the ambassador said. The experiences were horrific, he noted.

Heinrich Epp’s book “In the Trud Army,” published in German by Rundschau in 2001, offers chilling insight into life in the slave-labor camps, many of which consisted almost entirely of ethnic German.

Epp quoted a 26-year-old teacher in a Trud Army unit that built an ironworks in Russia’s South Ural Mountains as saying that brigade members worked “12 to 14 hours a day,” then arrived “dead tired in our barracks.”

“The amount of food kept getting less and less and eventually reached the state of an utterly watery broth,” the conscript said, adding that by the time the next spring arrived, “many older Trud Army workers were dying from the impossibly hard work and poor nutrition.”

The difference between those doing slave labor at Karlag and those working in the Trud Army was that the Karlag contingent had criminal records as enemies of the state while Trud Army laborers had clean records.

That was little consolation to those in the Trud Army who suffered and in many cases died as slave laborers.

One of the messages from the older ethnic Germans with whom he met at the Karaganda book dedication was that “it was not the Kazakhs who made them suffer, but the Soviet system,” the ambassador said.

In fact, Kazakhs, who were also victims of that system, “helped us when we were suffering,” the older Germans told him.

Not enough Germans know about “the tremendous, unbelievable amount of suffering” that ethnic Germans “had to endure just from being of German origin,” Dr. Herz said.

It’s a safe bet he’ll convey that message to anyone who shows interest.

Julia Louis-Dreyfus get a life: Columbia is fandabidozi (awesome)….

Lott: Lawmakers are likely to reach a deal to avert a government shutdown 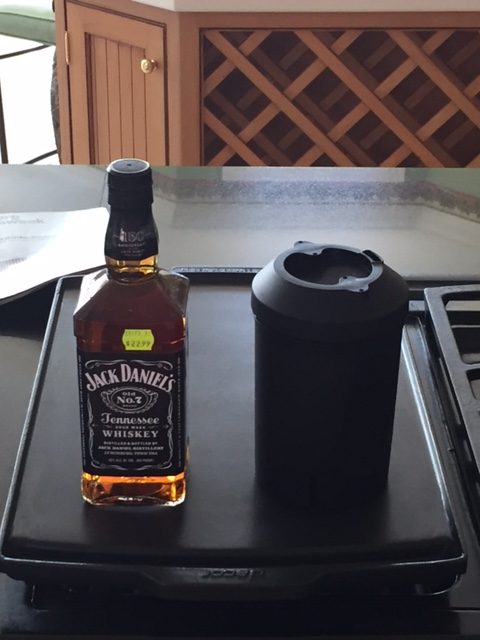 HyperChiller: Great for whiskey too