Editor’s Note: This is part of  a series of stories on Caribbean tourism. Read the previous stories here.

SAN JUAN, Puerto Rico — Mexican aviation executive Agustín Arellano wants to transform Puerto Rico’s flagship airport from an obsolete relic of the mid-20th century into a modern world-class gateway — much like he’s done for Cancún and eight other airports throughout southeastern Mexico.

“We started to negotiate this contract with the previous administration, but we got caught up in the political campaign and the transition to a new government and a different political party,” Arellano explained during a recent interview at his office just across from the American Airlines ticket counter at LMM.

“This airport is an essential part of Puerto Rico’s infrastructure, yet there was a lot of skepticism by the people of Puerto Rico whether a private company would do the job better,” he said. “We are not Mexican. Aerostar is a 100% Puerto Rican company established in Puerto Rico.”

He further clarified that “the government didn’t sell the airport. The agreement we signed is a lease to manage and operate this airport for the next 40 years.”

Aerostar signed the lease contract for LMM on July 24, 2012, but didn’t close on the transaction until this past February. Under the deal, Aerostar agreed to pay the Puerto Rico Ports Authority (PRPA) $615 million upfront, plus annual payments of $2.5 million and 5 percent of annual gross revenues between years six and 30, rising to 10 percent of annual gross revenues from year 31 to year 40.

The PRPA will receive  $552.5 million over the 40-year life of the concession, during which time Aerostar expects to invest nearly $1.4 billion.

Arellano — proudly showing off the FAA certificate authorizing his company to operate LMM — has worked as a private pilot, air traffic controller and general director of air traffic services for the Mexican government during his 32-year career. The Guadalajara native relocated to Puerto Rico two years ago from Brazil, where ASUR ultimately failed in a bid to manage the international airports of São Paulo, Campinas and Brasília.

“Normally when you sign an airport concession it requires new construction. Here it’s the opposite. You have a huge facility that was in some way left out. You have 2.8 million square feet. Cancún handles twice the number of passengers with only one-third the size. There’s a lot of wasted space here, and some areas — like Terminal E — have been closed for more than six years.”

The airport now handles 8.5 million passengers a year, and Arellano says his goal is to increase that by at least 2 percent a year.

The problem is that 82 percent of those passengers are Puerto Ricans visiting Puerto Ricans — which generally means people who don’t spend much money, he said. Of the remaining 18 percent, some 90 percent come from the U.S. mainland, 4 percent from the neighboring Dominican Republic, 2 percent from Europe and 1 percent from Canada.

The average passenger transiting LMM spends $2.70, compared to $7.80 per passenger in Cancún and $14 at Miami International Airport, he said, noting that “we are almost in last place in the whole U.S. airport system in terms of per-passenger spending.”

Arellano said certain items like liquor — especially rum — should be promoted at LMM. Taxes make other products like fragrances and cosmetics uncompetitive, meaning mainland-bound passengers will just wait until they arrive in Miami, New York or other gateway cities to buy those items.

He said Dufry, which operates 12 stores at LMM, will expand to 15 shops when the remodeling is finished by December 2015 or January 2016. Dufry’s contract expires in 2029. At present, the airport has 121 food, beverage, retail and duty-free concessions.

“We’re going to completely change the way this airport deals with retail. It’s a very old airport from the 1950s that has been renovated in different generations. No profile was ever made of passengers’ needs. We’ll establish the same system we have in our Mexican airports so we can offer passengers a very appealing commercial mix.”

Arellano added: “The only way we can make a profit from this is by increasing the number of passengers coming through, and having an appealing commercial offer so they’ll spend more. But if you have two restaurants facing each other and they both sell pizzas, this is not the way to do business at the airport.”

During the first phase of LMM’s overhaul, which lasts from September 2013 to July 2014, Terminal D — which houses American Airlines — will be completely remodeled. So will Terminal A, which is home to JetBlue and which was built in 2007 and then left unused for five years.

The second phase, from November 2013 to December 2014, involves shutting Terminal B — which is now occupied by Delta, US Airways and United — and remodeling it, and constructing a new screening point between B and C.

The third phase, lasting from January to December 2015, will see Terminal C closed, Terminal B brought back to life, and construction of a connector between B and C to D, which houses small commuter airlines.

“Passengers are going to see a modern, high-quality airport — just the same as Cancún,” Arellano said. “There will be construction all over the airport. There’s just no other way to modernize it. Construction will be running 24/7.”

For now, Aerostar has made a number of crucial cosmetic and structural fixes to LMM, which was inaugurated in 1955 and later renamed for Puerto Rico’s first Commonwealth-era governor, Luís Muñóz Marín. This includes $350,000 on landscaping, $450,000 for new boarding bridges, $250,000 on lighting, $300,000 on escalators, $600,000 on energy infrastructure and $450,000 on a free WiFi network throughout the airport, which should be available by year’s end.

Aerostar also invested $3.5 million in upgrading the parking lot; cars were stolen from the previous parking garage, he said, because of inadequate lighting.

Aerostar has also had to repair the damage left by airport workers opposed to the privatization.

“There were 421 chairs vandalized because union people didn’t want to leave the premises,” he said. “They sliced the seats with knives, so we’re repairing all of them. But it takes time because local factories can only make 50 seats per week.”

Arellano said one of LMM’s biggest problems is the proliferation of bubble gum and cigarette butts which have stained the floors and contributed to an overall image of decay over the years. To remedy the situation, Aerostar began a campaign asking both passengers and employees not to throw gum on the floor. Likewise, electronic ashtrays that absorb cigarette smoke have been installed in smoking areas throughout the airport.

“The jet bridges were in very bad shape because they had not been maintained properly. We had to change seven rotundas because the floors were falling down,” he said. “We also took away all the old signage and have installed new signage similar to Cancún, with brighter colors and far more efficient presentation.”

The overall at LMM coincides with efforts by Puerto Rico to upgrade the island’s smaller airports as well. In May, PRPA announced $110 million in capital improvements over the next four years to revamp airports in Ponce, Aguadilla and Mayagüez. First off in the renovation efforts is Aguadilla’s Rafael Hernández Airport, whose control tower and aircraft rescue area are being remodeled to meet federal airport requirements.

In August, the Commonwealth government launched its latest institutional slogan — “All-Star Island” — to be used by travel agencies worldwide to promote the island as one of the best places in the world to invest.

“If you continue to promote Puerto Rico as another Caribbean destination with beautiful beaches and sun, you’ll lose out to the competition, because you’ll be promoting the same product all the other islands are doing, ” Arellano said.

Instead, he suggests, Puerto Rico should be pushing its cultural heritage and its historic architecture as well as its reputation as a Caribbean center for financial and medical services.

ASUR has been lobbying hard to bring in more airlines. On July 17, Colombia’s Avianca began flying three times a week between Bogotá and San Juan, using the same plane that flies the Bogotá-Cancún route. Arellano said the company is also negotiating with Brazil’s Gol for direct flights between São Paulo and San Juan.

Spain’s Iberia also plans to increase its presence in Puerto Rico, with new routes connecting LMM to neighboring destinations in the Caribbean. The airline had drastically reduced its presence in San Juan in December 2012 after financial problems forced it to restructure. Iberia eliminated various key routes — including a direct flight between San Juan and Madrid — though it kept other routes between San Juan and Miami.

In May, Mexico City-based Interjet began serving the Puerto Rico market after a 14-year absence, with 150 passengers aboard the first chartered flight paying between $690 and $780 for a round-trip ticket to the island.

“Working together with the government, we can pressure airlines to fly to Puerto Rico,” said Arellano. “But it’s very difficult to self-promote the destination if you don’t have the demand.” 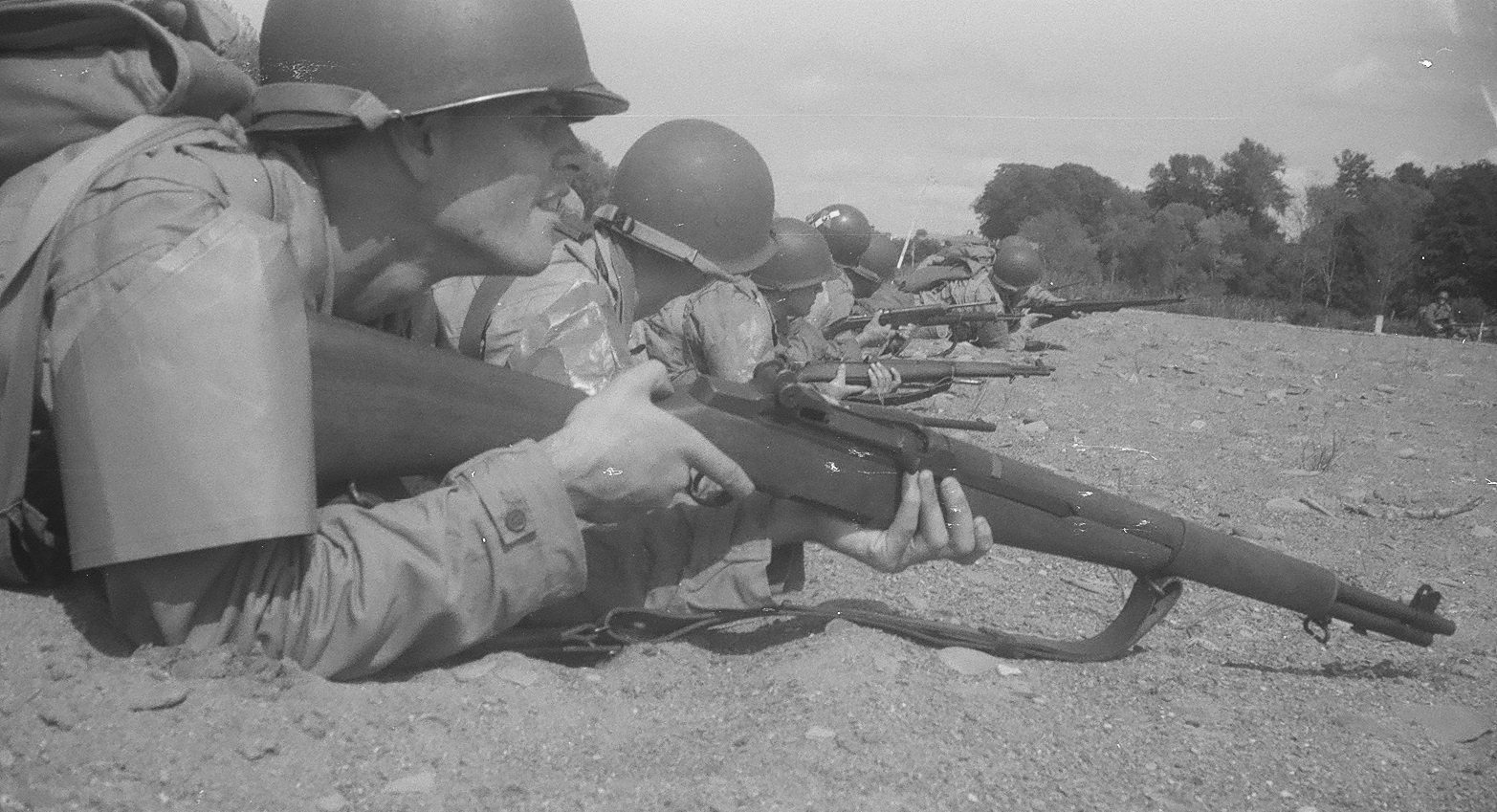 D-Day Conneaut: A baptism by fire into the world of WWII reenacting