I try not to alienate readers while writing but I am sure I still do it all the time. Whether I come across to snobbish about my beer or write about a place no where near you. Well, I do try, but this week the latter example may occur.

I live in Eldersburg, Maryland. For those of you not from the area, it is Northwest of the city of Baltimore, and due north of Washington, DC. And as my wife and I have said since moving here, it’s a half hour away from anything. Which in some ways is nice. The people here are nice, the schools are great, it has that small town feel, which is hard to find in a metro area of over 9 million people.

The downside to being a half hour from anything, is that anything includes craft beer. Yes, I have a couple beer stores that have a pretty good selection of beers. But to be honest, they don’t get any of the rare offerings, and still cater primarily to the Bud Light crowd.

A little over a month ago, that changed. We here in Eldersburg, MD got our first honest to goodness craft beer bar. Oscar’s Alehouse is still pretty green, and in a soft open period. But, this ownership group has a good amount of experience creating a successful restaurant experience. They are also at least in part the team behind the Dogfish Head Alehouse in Gaithersburg, MD and Northern Virginia. They have taken this model but jettisoned the Dogfish Head exclusivity.

Currently Oscar’s Ale House has about 30 beers on tap, and it seems that they have done their homework and understand the customers they are serving. A lot of the local restaurant crowd in Eldersburg has been steeped in Bud Light, Miller Lite, and Coors with little else for years. Sure there are restaurants that have some Flying Dog or Dogfish Head available, but it’s more of an add-on than a featured product. What they seem to be doing with their draft selections, is creating a way for the locals to transition to finer craft beers. So if you are looking for the latest Gueze or the latest barrel aged beer from the Bruery, don’t look here. At least not yet.

Right now the craziest selections they have are a couple of the Flying Dog Brewhouse Rarities, Pinapple Saison and Big Black Wit. The draft board is currently dominated by beers that are good, but not beers that will challenge the pallet. Which is a good way to slowly shift the way the locals perceive beer. I certainly remember when I would turn my nose up to a Belgian Sour or a stout that wasn’t Guinness.

I have been in a few times since they opened, and have noticed that the service and food has continually improved. I remember one early Urbanspoon review stating the onion rings were greasy but still tasty. I will agree that they are tasty. In fact they are some of the best onion rings that I have ever had, and not a drop of grease. They are perfect. The menu seems to borrow from the proven success of the Dogfish Head Alehouse, with selections like the Grilled Salmon Sandwich, IPA Grouper Sandwich, and Wood Grilled Shrimp and Bacon Club. But there is nothing wrong with using known winners on the menu.

They have also borrowed the wood fired grill from their other restaurant successes, and once again that is not a bad thing. This adds both uniqueness and ambience. Stepping through the door you can immediately smell the wood grill, which can qualify as an appetizer in my book. One thing you will find is that the portions and hearty. In fact the Buffalo Chicken Sandwich I would recommend splitting or having for your next meal too. It is huge. It is two breast of buffalo chicken wrapped in house made fry bread, topped with lettuce, tomato, and bleu cheese. Overall, the menu is straight American cuisine, and only gets a B for originality, but it is well executed.

The staff at Oscar’s also works very hard to keep you happy and informed. I can tell that most of their staff is still learning about many of the beers they are selling, but they all seem enthusiastic about what they are selling, which is a great sign. Their management seems to really know their stuff, and do a great job engaging the customers, and making them feel at home.

As I mentioned before, they are still in their soft opening period, and I am looking forward to their forthcoming Grand Opening. I am told that after their grand opening other goodies await. Like beer dinners and I hope for a more adventurous draft and bottle lineup. I hinted at some collaborations with the homebrew community and they seemed receptive. They already offer discounts to any AHA member, which is a pleasant surprise.

It’s a good start. I am looking forward to see what will happen next.

How Businesses in Baltimore are Going Digital

6 ways to keep your business safe from bankruptcy 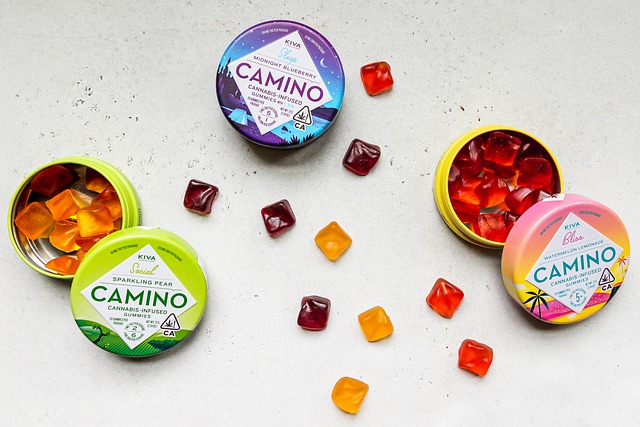 What are some of the OTC CBD products you can buy to improve sleep in 2021?