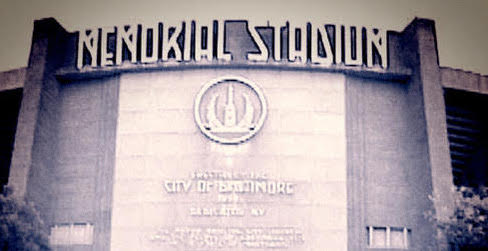 It’s time for a visit down memory lane. This one involves recalling the visit of Britain’s Queen Elizabeth II to a major league baseball game. It pitted our Orioles against the Oakland Athletics. It was a night game, on May 15, 1991, and was held at Memorial Stadium, located on 33rd Street. A protest action by Irish-American activists ensued. I attended that game.

Here’s my recollection of that event from the pages of the “Baltimore Sentinel” followed by my assessment of the current state of British/Irish affairs and the Queen’s role in that ongoing saga:

“The Queen, in my opinion, has been a staunch supporter of maintaining England’s connection to the disputed six northeastern counties of Ireland (Northern Ireland).

Local supporters of Irish freedom believe she has regularly condoned the excesses of her security forces in the strife-torn colony. They are unduly irate over her planned visit to ‘Charm City.’  After ‘Bloody Sunday’ in British occupied Derry, in the north of Ireland, in 1972, (where 14 Irish nationalists, 7 of them children, were killed in a Civil Rights march), the Queen’s publicly decorated the paratroopers responsible for the indiscriminate slaughter.

An independent inquiry labeled the conduct of the troops that days as “unadulterated murder.” Under the British constitutional system, the Queen is both the legal head of state and of the world-wide Anglican Church.

Since the days of King George III, it has been well-documented that much of the wealth of the British Crown has been accumulated by unsavory means. These methods have included: illegal confiscation of the property of colonialist people; slave ownership and trading in slaves; exploitation of Third World workers; opium running and outright piracy.

The Queen’s visit is being seized on by Irish-American activists as an occasion during which they will state their case for Irish freedom. Protest plans are now being formulated by activists from Irish-American organizations.

The Irish, of course, aren’t the only ethnic group with a strong resentment against the British elite. Latin Americans were also incensed over the British conduct in the war over the Malvinas (Falkland) Islands. This included the cruel decision of Prime Minister Margaret Thatcher to order the sinking of the Argentinean vessel “ARA General Belgrano (C4).” The vessel was torpedoed, without any warning, outside the prescribed war zone. Over 380 Argentinean naval personnel lost their lives in that debacle.

The game on May 15 will be the first and only time the Queen has attended an American baseball game.

There is some irony of the Queen coming to Baltimore more than 170 years after the historic ‘Battle of Fort McHenry.’ Just prior to attempting to seize our city, the British imperial forces had burned federal offices in Washington, D.C. and torched to the ground, among other buildings, our beloved White House and Capitol.

Absent the heroic defense of Baltimore on September 12 to 14, 1814, Americans might still be living under the British yoke. And, the fabled “Star-Spangled Banner,” our national anthem, may never have been written by the legendary Francis Scott Key.

The revered “Memorial Stadium,” dedicated to the sacred memories of the valiant Baltimoreans, who fought and died fighting the fascists in WWII, holds around 60,000 fans. Because of the massive publicity hype surrounding the Queen’s sojourn, it can reasonably be expected to be a sold-out game.”

As it turned out, the Queen was accompanied to the game by the then-president, George H.W. Bush.

When it was time for the 7th inning stretch, the Queen stood up. The Irish-Americans at the game, about 100 strong, stood up, too, and collectively turned their backs on her. Although no one pulled their pants down and showed their buttocks, it went down for the Irish-American activists as a group “mooning” of the Queen.

Not long after that action, the Queen and President Bush left the stadium. It wasn’t a sell-out game, after all. And, to top of that, the Orioles lost by a 6 to 3 score!

As for the Irish-British dispute over the six northeastern counties of Ireland, it has changed for the better. A major peace deal was entered into on April 10, 1998. It’s called the “Good Friday Agreement,” and praise God, it is working.

Queen Elizabeth has changed, too, for the better over the years. She has made it a point to visit Irish political sites that pay tribute to the sacrifices of Irish Republicans. For example,  on May 17, 2011, Dublin’s “Garden of Remembrance,” was on her agenda. It is dedicated to the memory of “all those who have gave their lives in the cause of Irish Freedom.”

Plus, there is that ongoing brilliant Netflix series, “The Crown,” which I’m a big fan of. It does a great job of “humanizing” Queen Elizabeth. Just watching her put up with THAT family of hers was enough for me to grant her my sympathy. The series also makes it clear that it was her prime ministers, like the mean-spirited Thatcher, making all those wrong-headed decisions to unfairly bash the Irish.

Let’s hope, at age 94, that Queen Elizabeth, in office since 1952, can continue to contribute to a peaceful co-existence between the British and the Irish.

I originally wrote the article about this subject in May 1991, and it was published by the “Baltimore Sentinel.” I have incorporated some of that content from that article that I penned and expanded the story for the Post-Examiner readers. I own the rights to the article.

Editors’ Note: Bill Hughes is the author of “Creating a New Ireland: A Tribute to the Irish Lobby” and “Byline Baltimore.” 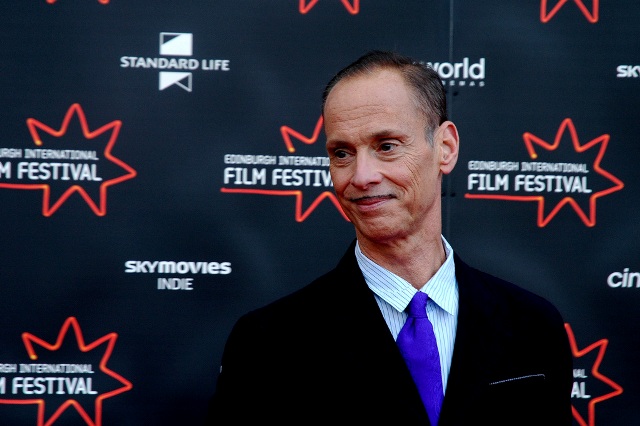 John Waters’ Multiple Maniacs returns to the scene of the crime – Baltimore!