The Maryland Department of Information Technology (DoIT) lacks adequate oversight over the protection of personal information contained in IT systems of various state agencies and this could jeopardize the privacy of citizens, auditors found.

Although state law says that it is the responsibility of the IT department to monitor and enforce agency compliance with the information security policy, that responsibility has been delegated to each individual agency. The audit recommended that DoIT implement a process to enforce agency compliance, but the department said it does not have resources to do so and will continue to leave compliance up to each individual agency.

However, DoIT will add Personal Information Protection Act compliance to its security policy for the agencies.

At the suggestion of the auditor, DoIT will update its information security policy to provide additional guidance and assistance that it can provide the agencies. DoIT’s response also stated that it will update the policy when new technology becomes an emerging threat to IT systems.

Security breaches have happened in other states

The audit states that system breaches are common in government agencies around the country, but it did not cite any that occurred in Maryland. Certain information about IT vulnerabilities were left out of the report to prevent them being exploited.

In 2011, The Privacy Rights Clearinghouse tracked 535 breaches in the United States that compromised 30.4 million personal records. “One of the most significant data breaches identified for 2011 involved the compromise of data on 3.5 million individuals held by the State of Texas,” the report said. “The breach occurred when this data was left unencrypted on publicly accessible servers. Texas government officials attributed the breach to numerous failures to follow security procedures.”

Other IT breaches occurred in Utah and Alaska agencies.

Risks not reduced to “acceptable level”

Both agencies are taking steps to rectify the situation, they said. The health department emphasized that no confidential information was found on the 10 laptops that were reviewed.

DHMH is installing security software on all hard drives, laptops and removable media throughout the agency. The Human Resources said it is creating portable media encryption hardware and will have an encryption management system implemented statewide by next February.

The audit also mentioned the need for DoIT to install data loss prevention programs to help prevent the accidental or malicious loss of data in the systems.

However, DoIT maintains that the department does not have the “skilled resources” necessary to implement such solutions. Until the department has the resources, the individual agencies are responsible for preventing data loss. 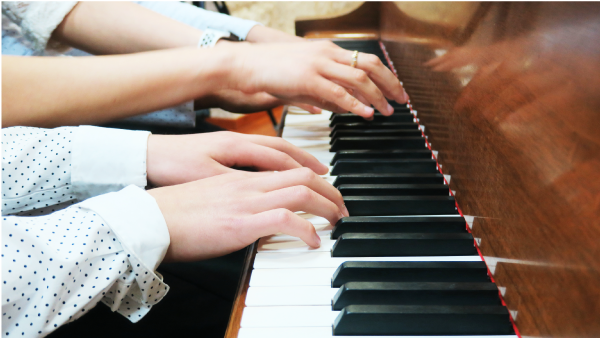 Students Work to Unite the Middle East Through Music

Watchlist 2014: Who and what will destroy or reshape the world?