A few years ago, I wrote an article on a blog. It was more an experiment, a testing ground. The website was “Criticl.” It was mainly a political site that supported the legalization of marijuana and of Bernie Sanders becoming president.

I wrote that there are two ways our government (local, state, federal) is attempting to limit the Constitution: the fear of terrorism and child pornography law.

It may be understandable to hate terrorists and sex offenders, but, you know, the devil is in the details. Who exactly is a terrorist or a sex offender? These labels have become more propaganda than based in reality. It’s not only our court system. The courts are political by nature and controlled by lawmakers. Lawmakers pass laws that get them elected. Law in the United States is based on public opinion, uninformed public opinion.

You, Sir, Are Guilty of a Crime You Have Yet to Commit

We went from a legal system that had to have “beyond a shadow of a doubt” to “reasonable suspicion.” The truth is that all of us, including you dear judge, are reasonably suspicious.  All of us, yes, all of us are capable of harming someone else at some point in the future. No psychologist, social worker, or psychiatrist can read the future.

Our judicial system has harmed tens of millions “legally.” If one tells me they “would never harm someone,” that makes me more reasonably suspicious that they will. Yet, locking people up for years or for life after their sentences expire is an egregious overuse of judicial powers.

“Hey, since you like Joe, you may kiss him in the face at some point in the future. We will lock you up indefinitely until you can prove to the experts, few of which have any knowledge of human sexuality, that you are no longer a danger.”

These Violent Sexual Predators are often diagnosed through the Sexually Violent Predators Act (SVPA) with mental illness. As inmate Michael St. Martin noted in a recent podcast, the court expects those diagnosed with a mental illness to prove to the court that they no longer have one. Keep in mind that 40% of the inmates or “patients” are illiterate at Coalinga State Hospital where St. Martin has spent 18 years in civil commitment.

The Subjective Courts of the United States

These court actions seem deliberate after looking into the civil commitment in Virginia and in California. I felt I was witnessing organized criminals at work, not our legal system. To put it mildly, these systems are one big thinking error. Yes, many of these men did something very wrong, but it is here where a civil society must tread most carefully or else we crush the values our nation stands for. If judges lean right or left, then our system will never be right.

Experienced defense attorney and former district attorney Peter Brill noted in Strategies for Defending Internet Pornography Cases that the stigma is so heavy around anyone with a child sex offense that many attorneys will not take such cases. If laws are not challenged, they often become bad laws.

Such sigma, Brill notes saturates the whole court system. Brill explains, “My issue ultimately is whether the people rightfully accused are being treated fairly. With those who are not rightfully accused, are they being tarred by this because the accusation is so horrible?”

He notes that the law is skewed toward the prosecution in these cases that do not allow a fair and equal examination of forensic evidence.

In CP cases, the defense, which is often a public defender, is not allowed the same freedom to examine hard drives and cannot get a mirror copy. If they examine, the must do so under the watchful eye of those that are prosecuting the case. Even if such is allowed, there are only a handful of mobile forensic experts that can cost hundreds of thousands of dollars.

Such seems to be clear government overreach. But when we hate people, why care?

Those people might be you or your child someday.

“… there is no reason to believe that making the laws harsher makes anyone safer,” says the former states attorney. Time and time again, the evidence, the research says otherwise. Laws seldom ever stop crime. As the Chinese proverb goes, “The state creates the crime, and the person does the time.”

Like Us, Lawmakers, Judges, and Prosecutors are Flawed-Sloppy Creatures

The Supreme Court’s irresponsibility and lack of judgment in such cases involving civil commitment (see also Kansas v. Hendricks, 521 U.S. 346) and child pornography is troubling in allowing the prosecution and judges to skew the truth by withholding evidence, preventing the forensic examination of evidence by the defense, and withholding expert testimony. Justice Gorsuch also references the harsh and concerning treatment defendants get in civil (deportation) and civil commitment cases.

States and localities can choose hand-picked experts (that make a ton of money, by the way), to give them the results they want. Because contrary findings from real experts, like Dr. James Berlin’s in Galen Baughman’s case, noted by civil rights lawyer Philp Fornaci and Roger Lancaster are withheld by the judge. The jury is blinded and will give the verdict the judge and the state want, or the judge does not have to address what he is withholding. In any other profession with an ounce of ethics, the judge and prosecutor would be fired.

When Jessica’s Law took effect in 2006, VSPs can be held indefinitely after they served their time without a trial every two years if a psychologist says so. Often assessors use a flawed Static-99 test that amounts to a list of questions a therapist subjectively marks (we will address this in Part II). I was involved in several of these assessments, where the therapist looked over at me and said, dear intern Earl,” Should I put a 3 or 4?” I have never met a sex offender treatment provider with any human sexuality training but a course in pathology. It’s no wonder things are such a mess.

Such biased and unethical proceedings, something that is true across cases involving child sex abuse and exploitation, is clearly unconstitutional and against the human rights protocol of the United Nations, its World Health Organization, and violates many ethical standards in professions like law, social work, psychology, psychiatry, journalism, and in our judicial system in general.

The Epidemic That is Not, Statistically Speaking (but who cares about statistics we don’t agree with?)

The Supreme Court left the door open to such abuses by placing child pornography outside the Constitution. The problem isn’t in making *CP illegal. The problem is that it made human beings, many with mental disorders, illegal. Keep in mind that people like Galen Baughman do not fit the definition of Violent Sexual Predator that more and more like him are being picked up through technical violations. These are unrelated to sex crimes (DUI, failing to report, etc.) but put them back in the system, where they may be “eligible” for SVPA.

Politicians and those elected judges, sheriffs, and states attorneys are too willing to support emotion over fact in perpetuating their own careers, often at the cost of the state and its citizens: sex offense recidivism rates are consistently the lowest of any crime but murder.

On the other hand, child neglect and abuse accounts for 75% percent of all child abuse (sex abuse makes up 8%), but where is the panic? Where are the lawmakers demanding justice? Do we have civil commitment for violent offenders, neglectful parents? In fact, there is a connection to domestic abuse and future child sex abuse, but who’s paying attention? It’s here where the problem lies. Court decisions are not based on research but on fear and a judicial culture that makes little sense. The courts also have a history of racial profiling and abuse, and since most abused kids are minority and poor. Such focus does not win votes.

Scumbags are Protected, Too: That’s Democracy

Two people come to mind that had it right in maintaining a democracy: Larry Flint and a civil rights lawyer. I recall Flint standing outside the Supreme Court saying, “If the First Amendment will support a scumbag like me, it will protect all of you.” The attorney said that the test of a democracy is in how well we protect those on the margins. In this case, we are failing that test miserably. Ironically, citizens are no longer allowed to stand in front of the Supreme Court.

You know, fear of terrorists …

In Part Two, I will look at two people civilly committed, Galen Baughman and Michael St. Martin. I will address the flaws with the Static-99, the costs and the success rates of these programs. I will also address the movement to criminalize objects and artifacts that look like kids, further criminalizing “non-existent” victims and thoughts. All such people could end up civilly committed at enormous expense while doing nothing to improve public safety. Issues of public health are not criminal issues.

*I distinguish child pornography law (CP) from child sexual exploitative material (CSEM) because the first involves real children, real victims; whereas the second involves mostly “non-existent” victims. Common sense tells us that there is no such thing as a non-existent victim or crime. Such minimizes real child abuse and inflates the numbers. 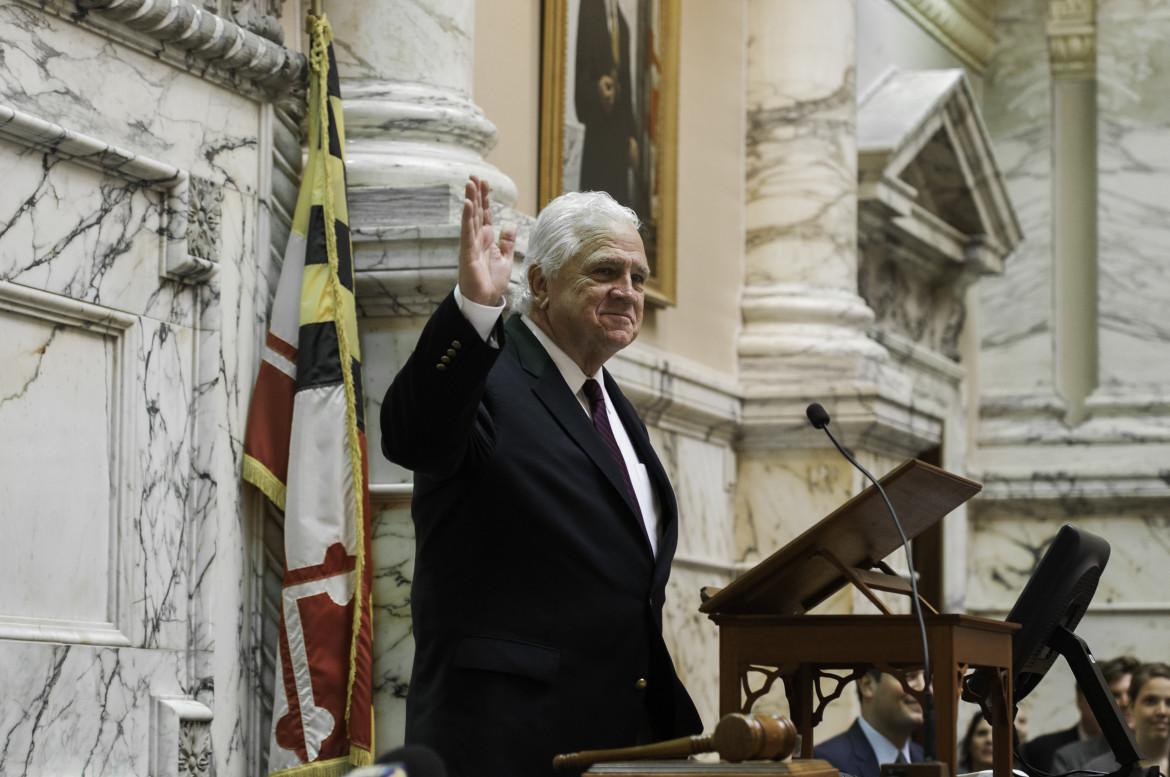 One thought on “Part 1: Civil Commitment and the destruction of human rights”