Listen to this article
By Len Lazarick

For almost as long, Kittleman has been saying he was misquoted in the 2006 Washington Examiner story that was the basis of the claim, and had demanded a correction.

MarylandReporter.com tracked down the reporter who wrote the story and she said that indeed Kittleman’s position was misrepresented in the editing process and a correction had been made.

Now, the Team Howard Democratic slate has pulled the assertion off its website KittlemanFacts.com, and officials say it will not make the claim again. But that came after the slate, which includes Watson and Howard County Executive Ken Ulman, sent out tens of thousands of glossy mailers assailing Kittleman’s stance on guns based on the inaccurate story.

Below are the four pages of the third mailer.

Tawanda Johnson, who covered Howard County for the Baltimore Examiner in 2006, recalled “a huge correction that had to run with the story.”

Kittleman “called me the next day screaming about it,” Johnson recalled in an interview Thursday. Johnson, a journalism graduate of Syracuse University who now does public relations for a D.C. scientific organization, said “It wasn’t my fault, it was the editor’s.”

The Baltimore Examiner was a free daily tabloid published from April 2006 to February 2009, when it folded. Some of its content was picked up and used by its sister newspaper, the daily Washington Examiner, which is now a weekly magazine.

[Editor’s Note: I was the State House bureau chief for the Baltimore Examiner for its entire life. In keeping with its scrappy tabloid mindset, editors would often hype leads to juice up stories without consulting reporters. Headlines written by copy editors in Springfield, Va. sometimes went far beyond the facts of a story.]

MarylandReporter.com has been unable to confirm the correction. Microfilm of the Baltimore Examiner at the Maryland State Library Resource Center at Baltimore’s Enoch Pratt Library is incomplete, and does not contain the issue in which the original article ran nor the following days when a correction might have run.

The Baltimore Examiner and Washington Examiner are also not in the comprehensive Nexis database for publications. (MarylandReporter.com’s original stories are on Nexis under Newstex Blogs.)

The Watson campaign also tracked down Johnson after doing more digging following a conversation Maryland Reporter had with Howard County Council Chairman Calvin Ball, He is is the spokesman for the Team Howard slate which also includes him, Council member Jen Terrasa, Lt. Gov. Anthony Brown, and Del. Guy Guzzone.

“We did a thorough job of researching” Kittleman’s record, Ball said Friday. “There was a certain level of due diligence,” and the fact that MarylandReporter.com could not find a record of the correction other than the statement by the original reporter proved that.

“Mr. Kittleman has a strong enough record” in opposing gun control legislation in other respects that voters should be aware of that, Ball said.

How the 2006 story happened

The initial story happened after a Wisconsin legislator proposed legislation to arm teachers and school administrators. Kittleman said he was contacted by the Examiner reporter to ask if he would support similar legislation in Maryland.

“I would have voted against,” Kittleman said. But he never had that opportunity since such legislation never came to the Senate floor.

The slate has already done three mailers attacking Kittleman’s 10-year record in the state senate and six years on the county council before that. (The two other mailers are at the bottom of this story. Here is our original story on the website.)

Ball said that five mailings on the Kittleman record were planned, but a fourth scheduled to be mailed out Saturday had been pulled because it again included the reference to the Examiner article and its assertion that Kittleman favored arming teachers.

Another correction called for, but unlikely

In an interview, Kittleman said that was hardly enough for the damage already done.

“How do they put the toothpaste back in the tube?” Kittleman asked. He said the only way to correct the inaccuracy would be another mailer acknowledging the error and saying “We apologize for misleading the people. It should be a positive piece.”

He acknowledged that was not likely to happen.

“They’ve spent a awful lot of money attacking me,” he said. “It’s just disappointing that that is the way a campaign is done.”

Kittleman said he has not checked every claim made on the KittlemanFacts.com website, but he was also dubious about an assertion at the top of the home page that he got a 22% rating from the Maryland Humane Society in 2004.

He noted that he was appointed to the Senate in October 2004, after the death of his father, Sen. Bob Kittleman. 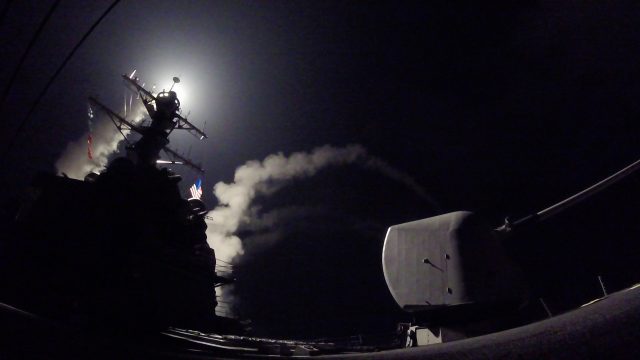