OK, these Christian fanatics, who are basically the same as Muslim fanatics (but not quite as violent — yet), have it in their heads that somehow The Obama Administration is purging the military of Christians. Seriously. If you believe the nut-job “news” reports, the Pentagon is banning Christianity.

Here’s the basis of this insanity: an officer showing a Power Point presentation to some Pennsylvania reservists had a slide that said Evangelical Christians and Catholics could be considered “extremist.”

Well, people complained and it made its way to the Pentagon — and FoxNews. George Wright, a spokesman for the Army told FoxNews it was an “isolated incident not condoned by the Dept. of the Army.”

“This slide was not produced by the Army and certainly does not reflect our policy or doctrine. It was produced by an individual without anyone in the chain of command’s knowledge or permission.”

According to Wright the instructor deleted the slide and apologized. As far as the Army is concerned, the matter is resolved.

But that’s not all. At a forward operating base in Afghanistan the base command removed a Christian cross and doors with crosses on them from a base chapel after complaints from atheists who didn’t like having to see religious iconography every day. Plus some people thought that having a Christian cross displayed in such a way that would make it visible to the indigenous people of the area could inflame the “Muslim versus Christian mentality.”

So, according to the Army, “These items were removed out of respect for the beliefs of other faiths.”

The Pentagon also stated the cross would be assembled for religious services and be designated a “non-permanent religious symbol.”

The military has a policy to make all military chapels religiously neutral so all people of faith can use the facilities without intrusion from other religions. A Pentagon spokesman said, “The primary purpose of making a chapel a neutral, multi-use facility is to accommodate the free exercise of religion for all faith groups using it. We take the spiritual fitness of our Soldiers seriously and encourage them to practice their faith and exercise their beliefs however they choose.”

But it doesn’t end there. In January Archbishop Timothy Broglio e-mailed a letter to Catholic military chaplains telling them they were supposed to read it from the pulpit. In it Broglio said Catholics should resist the president’s policy that all health insurance should cover birth control, including religious institutions, like the Catholic Church, that are against that recognized medical need.

The military thought it could be a call to civil disobedience and encourage military personnel to disobey their commanders, in particular, the Commander-In-Chief. So the chaplains were instructed by the military command not to read it from the pulpit, but to instead hand it out at the entrance to the chapel after Mass.

The archbishop got together with the Secretary of the Army John McHugh and the letter was slightly modified and then read to congregants.

That’s the background in a nutshell. No one was stopped from celebrating his or her religion, no one was prevented from praying, and not one church service was forced to cancel as a result of anything. Basically, the Pentagon, in all its glory and bureaucracy, tried to be respectful to all religions — and to those people without religion — and to stop what they thought could have potentially been a call to insurrection in the ranks of our fighting forces.

On that last point, the letter from the archbishop to the Catholic faithful, it was a little ham-handed, but this is the Pentagon and a lot of what they do, no matter how delicate, seems ham-handed once they try to implement something.

What? That was so mindboggling, so … not even in the realm of the usual fantastical, crazy, paranoid, delusional conspiracy theories; it stopped my usual “WTF” exclamation with “What?!?!” Couldn’t even get out the “T.F.,” let alone a full on “What the Fuck?!?!?”

But then I calmed down. First of all the post came from radio nutjob Michael Savage so any credibility that might have been in this story has just left the building with Elvis — and Andrew Breitbart. Savage was reposting an “article” (okay, let’s call it that), from Breitbart.com. The headline on the website reads: “PENTAGON DEFENDS UNCOSNTITUTIONAL POLICY AGAINST SOLDIERS SHARING FAITH.”

In an agonizingly twisted article, writer Ken Klukowski (okay, we’ll call him that) makes this absolutely false statement: “The chaplain is not in the chain of command. The chaplain has no authority with which to coerce the other service member.”

Note to Klukowski: chaplains are military officers: be they in the Air Force, Army or Navy; Marines are served by Navy chaplains. The point being, a Naval officer can give a subordinate an order, regardless of that subordinate’s chain of command. A Navy Chaplain — or doctor for that matter — can give any Marine below his or her rank an order. If a Navy chaplain were to tell a Marine — or soldier or airman — to remove their cover indoors, the soldier, sailor or Marine could not disobey that order.

As a young Marine I was subordinate to all officers, regardless of their rank or branch of service; whether or not they were in my chain of command. Chaplains absolutely do have authority over members of the military who are of lesser rank.

But really, that’s not the most egregious lie in Klukowski’s “article.” He claims, as the headline suggests, the Pentagon, i.e. the Obama Administration, wants to prosecute anyone who shares or practices their religion while in uniform. Not just any religions mind you, but the Christian religions in particular.

If you’re a rational person, leaning either left or right politically, the first question that begs to be answered is: “What is the military going to do with the thousands of chaplains it has in uniform if they are not allowed to perform the duties of their MOS?”

It just doesn’t compute, but you know crazier things have happened — at least in Hollywood blockbuster movies.

Because as Bill O’Reilly has been reporting for how many years now … so many we don’t even pay attention to him anymore … Old Bill would have you believe Christianity is under attack! Especially at Christmas!

Everybody knows (which actually means it’s not really true) the media is controlled and staffed by a bunch of atheistic human secularists who are out to bring about a New World Order of the atheistic Communist persuasion — and they were Jewish before they were atheistic! That’s why the Lamestream media doesn’t report on the Pentagon attacking Christianity and Christians. It stands to reason.

Or maybe the mainstream media doesn’t report on it because the Pentagon isn’t attacking any religions or religious people.

It’s funny; Christianity has been the dominant religion in the U.S. for hundreds of years.  In the 1950’s Christians whined enough to get their way when they wanted to add the words “under God” to the “Pledge of Allegiance” and then to add “In God We Trust” on our money.

And yet there are these virulently loud-mouthed Christians claiming their religion, in all its sects, is under attack. Mainly because other religions would like an equal seat at the table, as do atheists. Their whining about an attack on Christianity just doesn’t fit the facts.

Which brings up this little pet peeve: some Christian knucklehead decided to claim atheism is a religion. Well, it’s an oxymoron, heavy on the moron. Merriam-Webster’s Dictionary defines atheism as such: “A: a disbelief in the existence of a deity; B: the doctrine that there is no deity.”

That same dictionary’s definition of religion is: “The service and worship of God or the supernatural.”

An atheist doesn’t believe in any gods or the supernatural so therefore atheism cannot be a religion. But regardless of the facts, there is now a large number of people who think atheism is a religion, simply because some religious nut decided to make that claim. No amount of logic and reason will dissuade them from that nonsense for, as one minister told his flock, “If you have enough faith the facts don’t matter.”

The facts don’t matter … and that is the guiding principle of the nutbars of Breitbart.com and FoxNews Radio. The sad thing is there are average people in the world that will read this crap and think it’s true — because it was mentioned on FoxNews TV and radio and of course Michael Savage’s radio program.

Then some equally nutty Congressman like Steve King, a Republican from Iowa, tells the faux news organizations, “There is an anti-Christian movement afoot at the Pentagon.”

So the Pentagon has to respond to the nonsense, to assure the few who believe what they hear on FoxNews radio that neither the military nor the president is trying to get rid of Christianity. Once again: what would they do with all the chaplains? If you believe President Obama and the Pentagon will start kicking these people out of the military, then you will believe anything.

But of course the few will believe it because, dammit! That Black guy is still president!

And that’s what it all comes down to: a Democrat is in the White House and a Black one at that. Facts don’t matter as long as that one fact is true: Barack Obama is president and any falsehood the extreme right wing can perpetrate and spread is never going to be too extreme for them. That’s how they get their ratings. 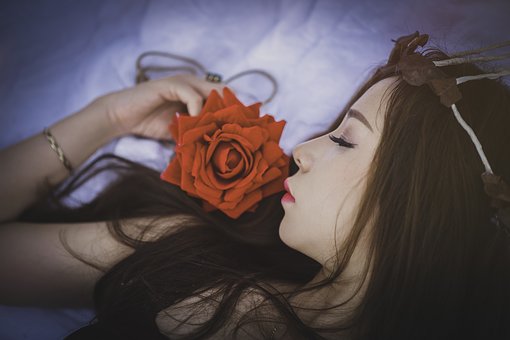