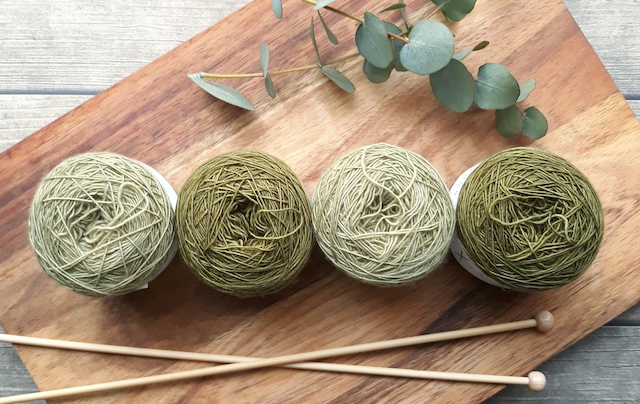 There is a common misconception that knitting is a pastime reserved for elderly women and for a long time, knitting was considered ‘uncool’ by all the cool kids. But in recent years, there has been a resurgence in the hobby, with Americans of all ages taking it up. Aimee Amann is one such American who, after moving to a new city, took up knitting owing to the sense of community it fosters.

Currently serving as the Senior Director of Marketing at Sun Pharmaceutical Industries Ltd., Aimee has had an impressive career to date in the pharmaceutical industry. In addition to her professional accomplishments, Amann is now an avid knitter who has learned about all the benefits that knitting brings.

According to Aimee Amann, research has shown that knitting actually has the ability to reduce stress. This is due to the repetitive and rhythmic motions required, which have a calming and relaxing effect on the body. Repetition in both animals and humans has been known to trigger a release of serotonin in the brain (the chemical nerve that regulates your mood and can contribute to feelings of well-being and happiness). One physiotherapist found that knitting made her patients who were experiencing stress and depression much less worried and fearful than they had been previously.

Although knitting is repetitive, it still requires your attention, shares Amann. Making sure you’re following the pattern correctly and watching out for mistakes, such as dropped stitches, requires a considerable amount of focus. Thus, while you’re focusing on these aspects of knitting, your brain is less likely to wander to other thoughts that may be causing you stress or anxiety.

Knitting Fosters A Sense of Community

There is a common misconception that knitting is solely a solitary activity. While people are certainly free to knit alone if they wish, there is a social aspect of knitting that has only been growing in recent years. From knitting groups at local libraries and recreation centers to online Facebook groups for knitters, there is a whole knitting community out there. The sense of community and friendship that can be derived from knitting is yet another reason that millions of Americans are picking up a pair of knitting needles. In fact, it was the community of knitters she witnessed that prompted Aimee Amann to take up the hobby.

According to Amann, she was driving in a town she had just moved to and got lost, which prompted her to pull over and ask for directions. She ended up walking into a store called ‘Why Knot Knit?’ to ask for help, which is when she came across a group of charming women knitting together and talking in the back of the shop.

Amann was in awe of the great sense of camaraderie and community amongst them, and so she decided to go back to the store another day and join them. Thus, knitting is a great way to socialize and make friends, which is especially enticing for people who just moved to a new town, or even for someone who has anxiety or depression, which sometimes inhibits them from being social.

Knitting Instills A Sense of Pride

Knitting is a great way of instilling a sense of pride in a person, shares Aimee Amann. Not only can knitters be proud of each project they set out to do and accomplish. But, because knitting isn’t yet a super “mainstream” hobby, especially among younger generations, those who have no idea how to knit will be extremely impressed with your creation.

Of 3,500 knitters who were surveyed, the majority reported feeling happier after knitting and proud to show off their work once they had finished. In addition, as the world becomes increasingly digital, there is a newfound appreciation for pastimes that are screen-free and that involve making something with your own bare hands, such woodworking, painting, and knitting.

Knitting Can Be A Source of Income

While the primary benefits of knitting are health-related and social, there is one final benefit of knitting: it can be a source of income! If you build up your skills and gain the ability to create some amazing pieces, it’s quite possible that you can make money off your favorite pastime. People love to buy homemade crafts, especially during the holidays.

Many cities, not to mention schools and churches, hold local craft fairs throughout the year. In addition, there are lots of online marketplaces to sell your homemade goods, the most famous one currently being Etsy. Aimee Amann concludes that although earning money may not have been your intention when you originally took up knitting, it has the potential to be an added bonus.

How to Get Your Roof Damage Paid for by Homeowners Insurance