Sad to say, The Last Magazine is remarkably well written. Sad because the author, Michael Hastings, died in a car crash in 2013. This book was discovered on his laptop posthumously.

Sad, because Hastings was too young with too much promise ahead. Hastings had previously done a devastating profile of Gen. Stanley McChrystal for Rolling Stone, where a top adviser to McChrystal appallingly refers to Vice President Joseph Biden as, “Bite Me.” Sad, because The Last Magazine seethes with anger at journalism’s careerists and disgust at politicians and journalists alike, responsible for the irresponsibility of the United States invasion of Iraq.

In the raw tradition of Hunter S. Thompson’s gonzo style, Michael Hastings’ book is bloody! With its salty mixture of overly ambitious and exaggerated egos, reckless rhetoric and over-the-top sex, it churns, froths and foams with disgust at the seemingly respectable personalities he renders, notably the character, Nishant Patel.

Like Shakespeare’s narrator who gives a direct statement or opinion to the audience, Hastings offers periodic interludes. In one he asks, “Most of the top media folks are a bunch of clueless assholes, egotistical, vainglorious, pompous, insecure, corrupt – you get the picture, right?”

“Career” isn’t a noun in The Last Magazine, but an epithet. It represents the worst attributes of ambition, twisting truth, rewarding careerism and highlighting the “optics” of journalism. Optics is never a word that Hastings uses, but The Last Magazine is all about optics.

Hastings’ journalism elites don’t speak truth to power; they seek power, money and fame. The top tier hires limos waiting to drive them anywhere at such high expense, several journalists could be brought on board if journalism were the aim. Adam Piore writes of Hastings’ writing in a book review for Slate, “his depiction of what it was like at Newsweek [The Magazine] back in the early aughts is so accurate at times, I’m convinced he must have been writing down dialogue as he was living it.”

Michael Hastings cannot defend in death the charges he pressed against the thinly disguised characters he portrays in The Last Magazine. J.K. Trotter at Gawker.com writes The Magazine is a depiction of Newsweek and wretched.com of Gawker. Gawker lists Hastings’ portrayals as; Michael Hastings as Michael Hastings, Nishant Patel as Fareed Zakaria, Gucci shod with “a melodious voice, British with a hint of the refined castes of New Delhi – the voice of an internationally flavored school tie.”

Sanders Berman as Jon Meacham, Mark Healy as Michael Isikoff, Timothy Grove as Nick Denton, founder of Gawker, Sarah as Jessica Coen, former editor-in-chief of Gawker, Brennan Toddly as Jeffery Goldberg, the New Yorker writer who argued for the Iraq war, and A.E. Peoria as Adam Piore who reported on torture and prisoner abuse at Abu Ghraib prison in May 2003, prior to leaked photos.

Nishant Patel is such a vainglorious asshole that he won’t even stoop to offer a courteous goodbye to a staffer. He merely turns to another task, meaning Hastings is dismissed. Frankly, this type of arrogant behavior is not unique to journalism’s confines, nor would it even matter if the quality of journalism were first rate, but Hastings reminds us just how wrong the chattering class was in prelude to the second Iraq war.

A whole chapter, “Why We Fight,” is devoted to quotes from those advocating war, including the usual suspects and neo-cons such as former Vice President Dick Cheney, who advocated for war even as analysts within the CIA differed with his opinion.

Then there are the disappointments — people who ought to have known better, who have developed reputations as solid thinkers and are not necessarily partisan but turned a blind eye toward protestations regarding invasion from experts such as UN Weapons inspector, Hans Blix. Former Secretary of State, Colin Powell is quoted in this chapter: “Every statement I make today is backed by sources, solid sources … What I want to bring to your attention today is the potentially much more sinister nexus between Iraq and Al Qaida terrorist network … As with the story of Zarqawi and his network, I can trace the story of a senior terrorist operative telling how Iraq provided training in these weapons to Al Qaida.” (United Nations, February 2003)

He couldn’t and didn’t, and damaged his reputation.

Thomas Friedman of the New York Times took one step further putting aside any pretension of thought and relied purely on emotion. Hastings quotes him from March 2003: “This is really bold … Mr. Bush’s audacious shake of the dice appeals to me.”

It was unappealing then and is revolting today. Hastings’ French character says of the Iraq invasion, “L’invasion est une connerie — it is bullshit.”

Hastings ties the knot between over-the-top careerists who blather bullshit and simultaneously unreachable to defend an unpopular report from A.E. Peoria detailing prisoner abuses at Abu Ghraib, “who, as their reputations confirm, find it difficult to go forty-eight hours without finding a way to a television studio, who carry makeup removal swabs in their pockets, are now both unavailable.”

Zakariai and Friedman are available today to explain their terrible error. Both are prone to pedantic proselytizing in their columns, lecturing in a most didactic fashion the do’s and don’ts of foreign policy wonkism. However neither has explicitly defended their actions backing the Iraq invasion. Neither has asserted how a secular dictator would incongruously align himself with a religious terrorist organization. Both have conveniently ignored this crucial question. But they asserted in 2003 that out of shock, awe and bombing, democracy would magically spring up like wildflowers out of rubble.

Now it’s 2014 and sadly, Iraq is in a state of chaos and disorder. So much was expended for so little. If words matter, or if their words actually mean something (other than doctrinaire lecturing), and their recommendations often lead to actions and consequences, then they ought to answer for their grave error. Why did they promote the 2003 Iraqi invasion? Michael Hastings is dead and he can’t argue the case further, but his new book screams for answers. The least these journalists can do is try.

Muhammad Ali passes away at the age of 74 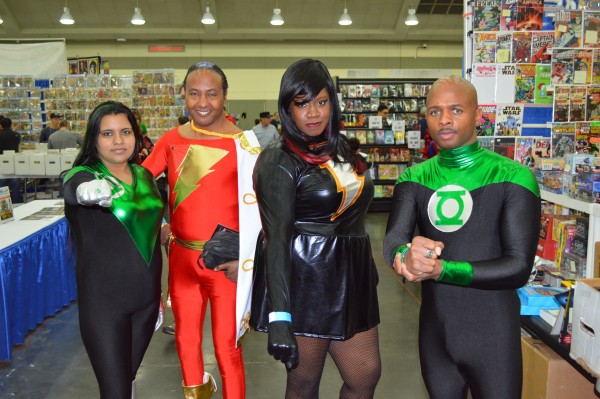