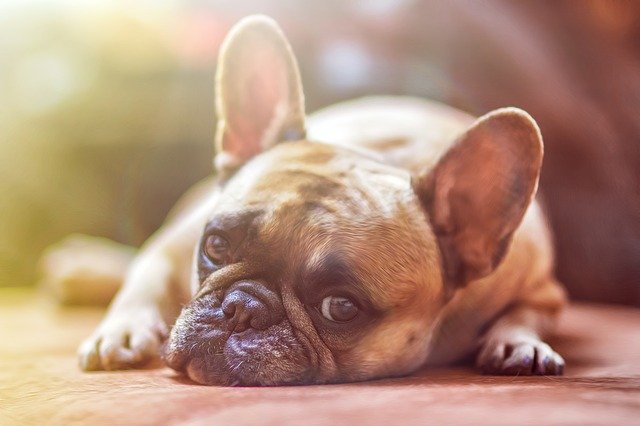 “The Junkyard Dog” says the sign prominently displayed above the entrance to the U.S. Government Accountability Office’s cafeteria in Washington. It’s intended as a daily, and not-so-subtle, reinforcement of the essential public-policy role of independent, meaningful, and objective, auditing.

In Maryland, compromise provisions of the law “The Blueprint for Maryland’s Future” establishing (among other things) an independent Inspector General (IG) for Education, have created a weak auditing office—a tired, toothless canine. The new IG will be statutorily much weaker than his or her counterparts within the U.S. GAO, federal IG offices, Maryland’s Office of Legislative Audits (OLA), and IGs in the state’s executive-branch agencies.

He or she will wield little authority—demonstrably outside the generally accepted authorities of any other IG office. [The governor is now recruiting to fill the position.]

The compromise was engendered by long-established and entrenched disagreement over accountability and auditing of public-education spending. It pits the governor against a stronger coalition of local school boards, teachers, teacher unions, education associations, other lobbying groups and, to some extent, the state’s executive branch itself, including the Maryland State Department of Education.

In the midst of these political disagreements, education statistics show the state’s high-school graduates are getting substandard educations. According to Brit Kirwan, who leads the eponymous Kirwan Commission on Innovation and Excellence in Education, more than 60% of graduating high school seniors are failing to meet the state’s own “college and career readiness standard.” To meet that standard, students must demonstrate reading proficiency at the 8th grade level, and be able to pass an Algebra I exam.

On the other hand, the powerful state education establishment and many legislators disagreed with establishing any IG, because education spending is already subject to a “…comprehensive scope of meaningful accountability assurances.”

They cited financial and program audits by the Office of Legislative Audits, outside Certified Public Accountants; oversight by the Joint Audit Committee; and a variety of accountability provisions of the Open Meetings Act, Public Information Act, Whistleblower Protection Act, and School System Fiscal Accountability Act.

The Maryland Association of Boards of Education for example, opposed any IG—labelling it a “new state bureaucracy,” unnecessary because school boards are locally accountable to their communities. These justifications beg questions about whether accountability and auditing is too diffuse to be either effective or efficient.

The IG office described in the new law (Title 9.9, Maryland Office of the Inspector General for Education), will be an IG without most of the tools of generally-accepted IG authorities. The two most profound shortcomings are:

These limitations indicate the new IG’s authority will be a processor of “hotline complaints” without express authority to expand investigative work beyond what complainants allege. And, after an auditing engagement begins, the subject of the investigation can withhold “protected, confidential, and privileged” records and documents he or she deems either confidential or subject to attorney-client privilege.

Federal IGs and OLA’s statutory authorities stand in sharp contrast. Federal auditors are empowered to establish, without outside direction or control from agency management, their own auditing priorities, scopes, and objectives. The Federal IG Act explicitly provides far fewer limits to documents an IG can access. And OLA’s legal authorities similarly specify broad access to records and explicitly provide access to key records the new IG is precluded from seeing.

The Washington Post and the Baltimore Sun have characterized the law establishing Maryland’s new Education IG as important, even “landmark” legislation. With respect to the IG provisions, it’s no such thing. With a weak IG in the context of such diffuse accountability, neither Gov. Hogan nor legislators or anyone else can expect much of a public-policy benefit from this IG.

The Kirwan Commission report has recommended even stronger accountability measures that include a new oversight board with the power to withhold funding from school districts that don’t comply with its reforms. This was one of the most hotly debated of the commission’s recommendations, and in letters attached to its report, it is opposed by both the State Board of Education and the school boards association.

The creation of the toothless IG does not bode well for implementation of any more enhanced accountability.

Another tax hike on cigarettes and cigars gets kicked around