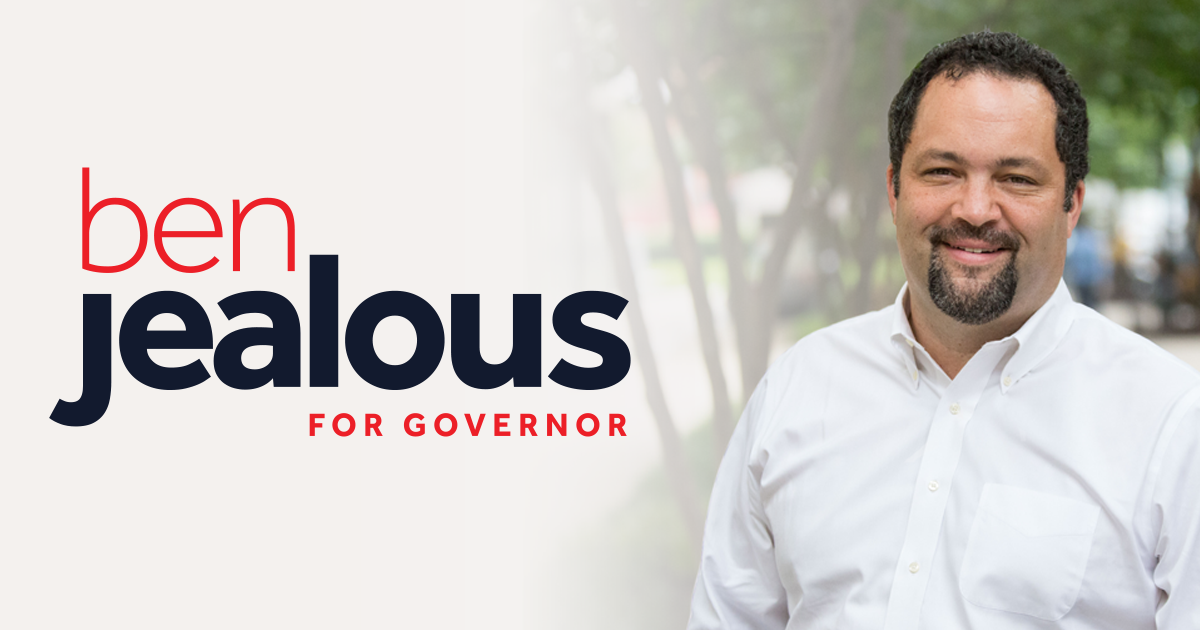 In a public radio interview Tuesday, Ben Jealous, the Democratic nominee for governor, attacked MarylandReporter.com as “a right-wing blog that’s funded by right-wing donors that like to scare people.”

Jealous’ claim came toward the end of a rambling response to a question from WYPR’s Tom Hall on his “Midday” program that referred to a MarylandReporter.com story shooting holes in his plan to save $660 million from the prison budget.

(A video of the full program is on WYPR’s Facebook page. Jealous remarks about the website are at minute 49. Hall’s question starts at minute 47.)

Jealous got his facts wrong about the story, about the prison savings, and about the funding for MarylandReporter.com.

On Hall’s show, Jealous stated, “We used the state’s own estimates for that.”

Actually, his campaign incorrectly used an estimate from Public Safety Performance Project of the Pew Charitable Trusts, projecting total savings from reducing prison population over several years to annual savings. In fact, “the state’s own estimates” by both the governor’s office and the legislature’s analysts are for a similar reduction in prison population. Most of the savings are plowed back into the inmates to provide more education, job training and other services to keep them from coming back. Read the story for more details.

A long Aug. 31 story by Luke Broadwater of the Sun also questions Jealous’ plans in greater detail, with more background on the issue.

MarylandReporter.com got started nine years ago as an independent news website with initial funding through the Franklin Center for Government and Public Integrity, a new organization emphasizing accountability in state government, responding to the loss of statehouse reporting.

The source of the Franklin Center’s funding was never disclosed and some, such as the New Yorker’s Jane Mayer, have speculated it came through the Koch brothers. But Mayer and others find the conservative Kochs under every rock.

Franklin Center stopped all its funding of independent state news websites across the country in 2012. Most of these websites have gone out of business. Not MarylandReporter.com.

For the past six years, Maryland Reporter has been funded the same way as WYPR and other public radio stations: through grants from foundations, corporations, unions, advocacy organizations and hundreds of individual donors.

In 2013, we were admitted to the Institute for Nonprofit News, the organization representing over 150 nonprofit newsrooms across the country. Since then, Maryland Matters and Baltimore Brew have joined INN as well.

INN requires that we list the names of all donors of $1,000 or more. MarylandReporter.com goes beyond that requirement and lists all but a few anonymous donors of less than $1,000. Here’s a link to the full list on our website.

A sampling of our major funders shows they are hardly the “right-wing donors” Jealous describes. Some of the names may be familiar to readers as funders of PBS and NPR.

In the past, we have also received grants from the Maryland State Education Association to support coverage of the Common Core curriculum and the work of the Kirwan Commission on Innovation and Excellence in Education. We have received grants and advocacy advertising from AARP.

We do have more Republican donors than other websites, and we do publish fiscally conservative points of view. We do accept advertising and funding from non-partisan groups.

We publish our mission statement, which has not changed in nine years.

“MarylandReporter.com is a daily news website produced by journalists committed to making state government as open, transparent, accountable and responsive as possible – in deed, not just in promise. We believe the people who pay for this government are entitled to have their money spent in an efficient and effective way, and that they are entitled to keep as much of their hard-earned dollars as they possibly can.”

In our daily State Roundups, which have come out 2,200 times over the past nine years, we do our best to publish a wide range of state and local government coverage and commentary from all points of view.

My longtime friend and MarylandReporter.com board member Dan Gainor, a true right-wing conservative at the Media Research Center, laughs when I tell him people call us conservative. He is, we aren’t. I’m certainly pro-business and fiscally conservative, but I am not an ideologue, or I wouldn’t have survived eight years on the national copy desk of the Washington Post.

The Hogan campaign is certainly trying to scare people about the Jealous prison plan. We were not. Our story was trying to show that Jealous was simply wrong on the facts. He still is.

Prisons are scary places when those bars slam shut. I learned that almost 50 years ago as a Jesuit novice serving as the assistant to the chaplain at the Berks County prison in Pennsylvania and living at Dismas House, the halfway house for ex-convicts in West Baltimore run by the late Rev. Myer Tobey, S.J. The Baltimore City Jail was one of the scariest places I’ve ever been when I attended Sunday Mass there offered by Tobey.

As a reporter, I’ve visited and written about many of the prisons in Maryland. The Justice Reinvestment Act is a good thing. It deserves our support. Prisoners need education, job skills and addiction help, and continued support and counseling when they leave. These efforts have bipartisan support.

To the far left, MarylandReporter.com might look right wing when we question their facts. But we’re just doing our job — fact-based journalism where we can find it.

Big Pharma and your healthcare

Letter to the Editor: Showing tolerance and mutual respect for other people’s symbols

Commentary: Big Ten move may be good deal, but secret process was bad